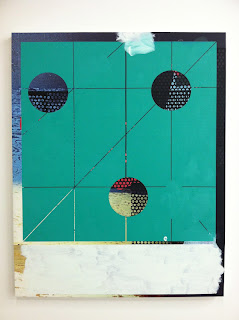 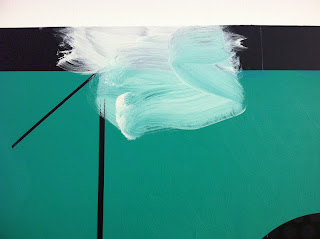 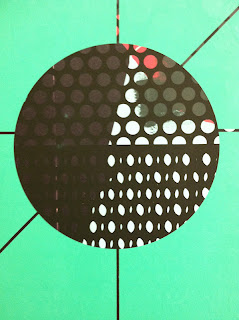 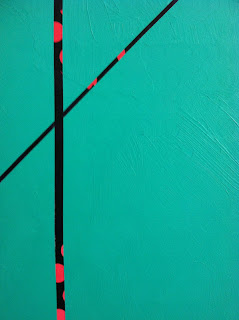 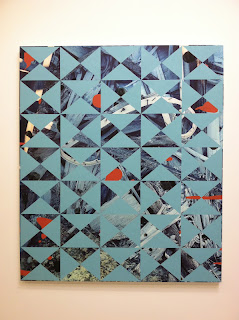 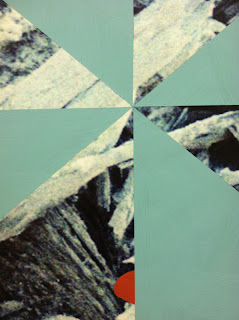 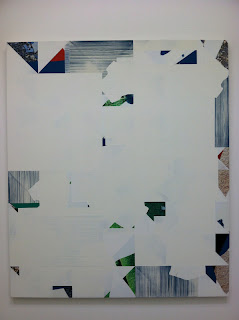 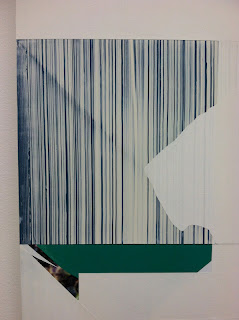 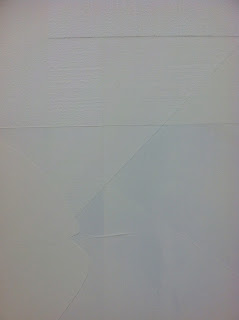 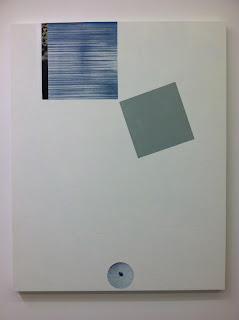 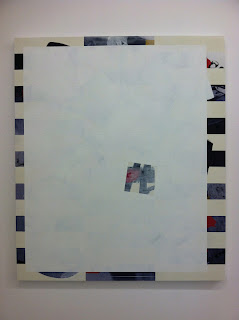 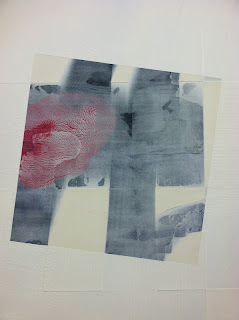 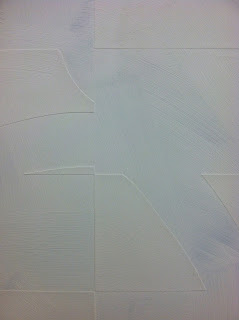 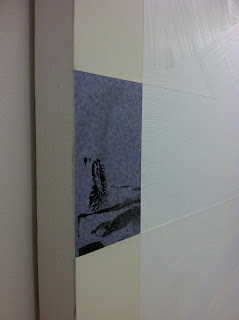 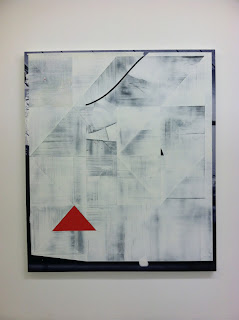 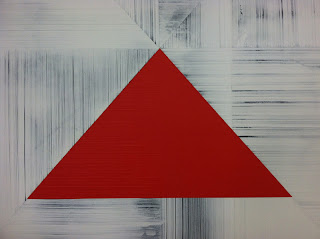 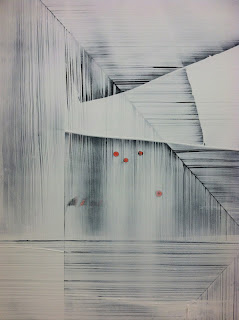 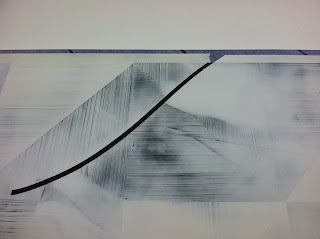 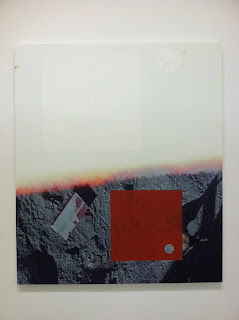 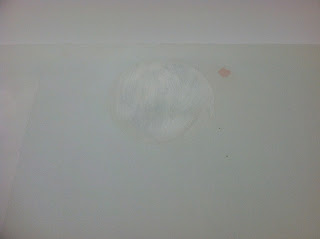 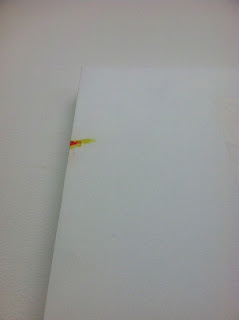 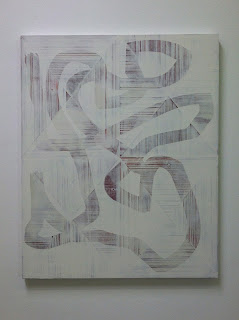 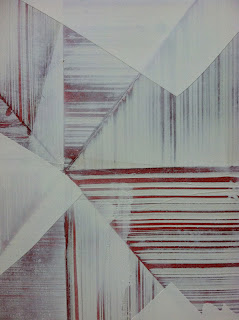 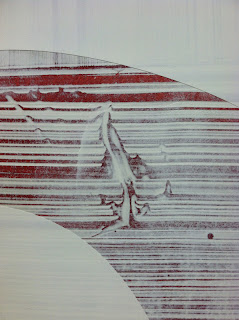 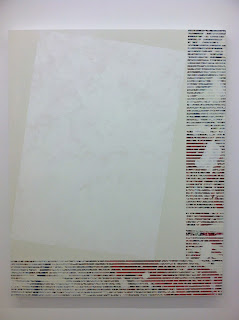 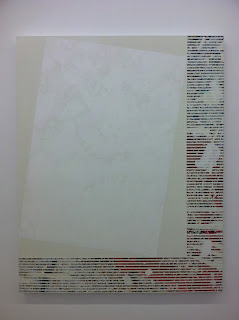 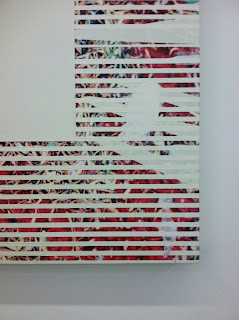 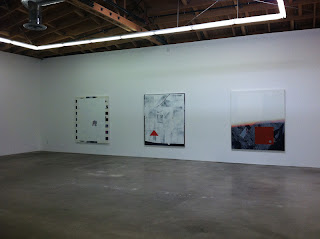 My first time with an Appel painting was as a Preparator at LACMA in the late 90's. A spare white surface with subtle indications of space barely allowed visibility let ability to handle, practically, as was my task at the time. As I recall the pristine surface now, I am thinking this voyage into landscape, photography, and painting---all confrontation and representation---has not led the artist that far in 15 years toward substantially richer surfaces. Though it may sound like a negative as I have stated it, I now appreciate the brushwork in relation to the dissolution of photographic image.

My own act of looking, aided by camera and notes reminded me of the tenuous space of representation between media as well as place, in this instance "displace" as I am asked to seek artifacts of a distant landscape though all I end up thinking about is the painting facture, which indeed should be thought about as artifact. Occasionally I find grain or perhaps surface injury via nails, but mostly I think of surface layers and movements from a middle toward an edge and back where any quest for image is supplanted by another technical move (save the one that appears with a photographic horizon where I begin to think, concretely, about a ground, not a painted one just a memory of a distant space.  Pictorial of other artists were as follows (as they came to mind): Gerhard Richter, Nate Hylden, John McCallister, Richard Aldrich, Roy Lichtenstein, Adolph Gottlieb, and John Divola.