Mira Dancy "Is She Is She Psychic" @ Night Gallery 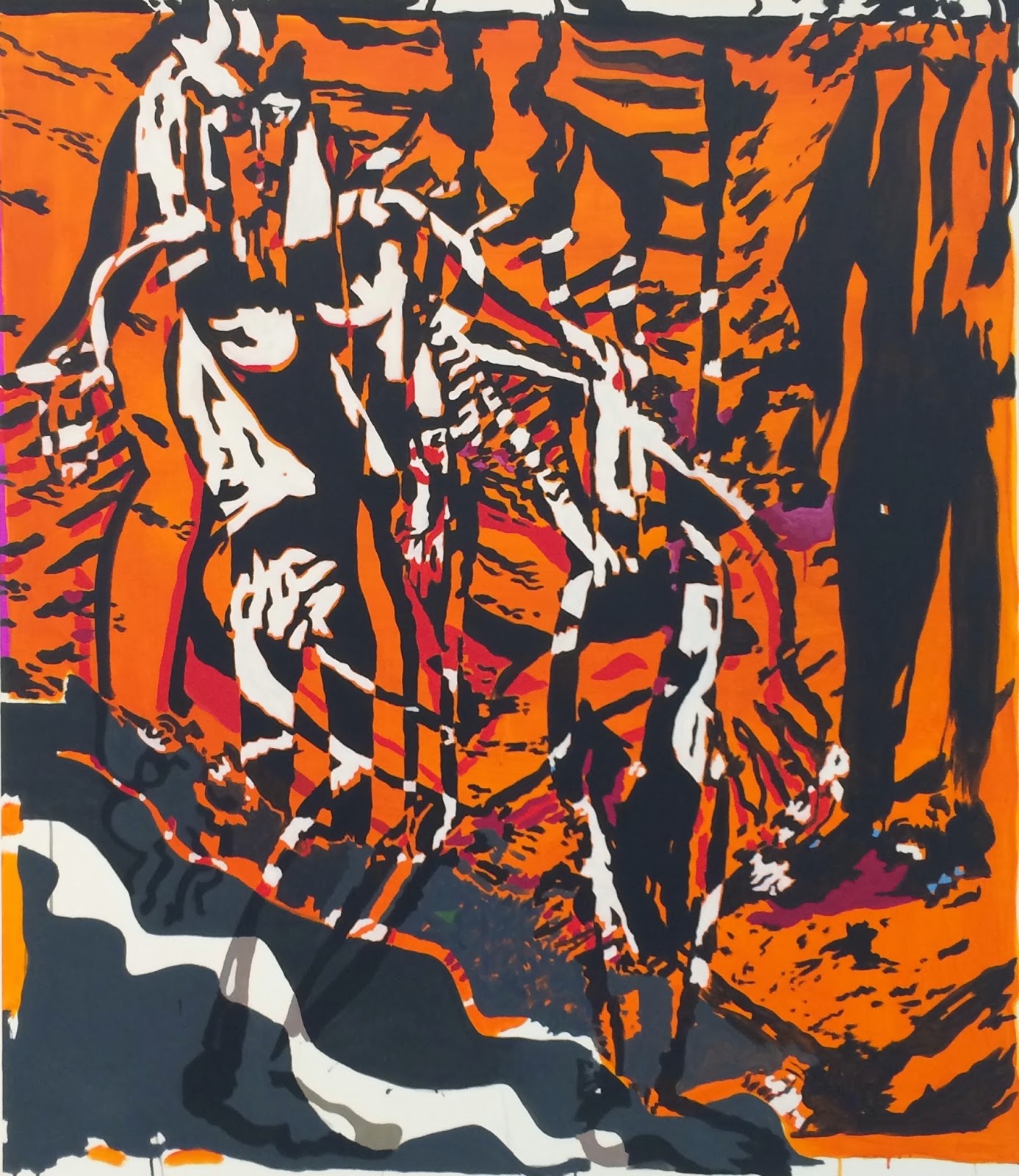 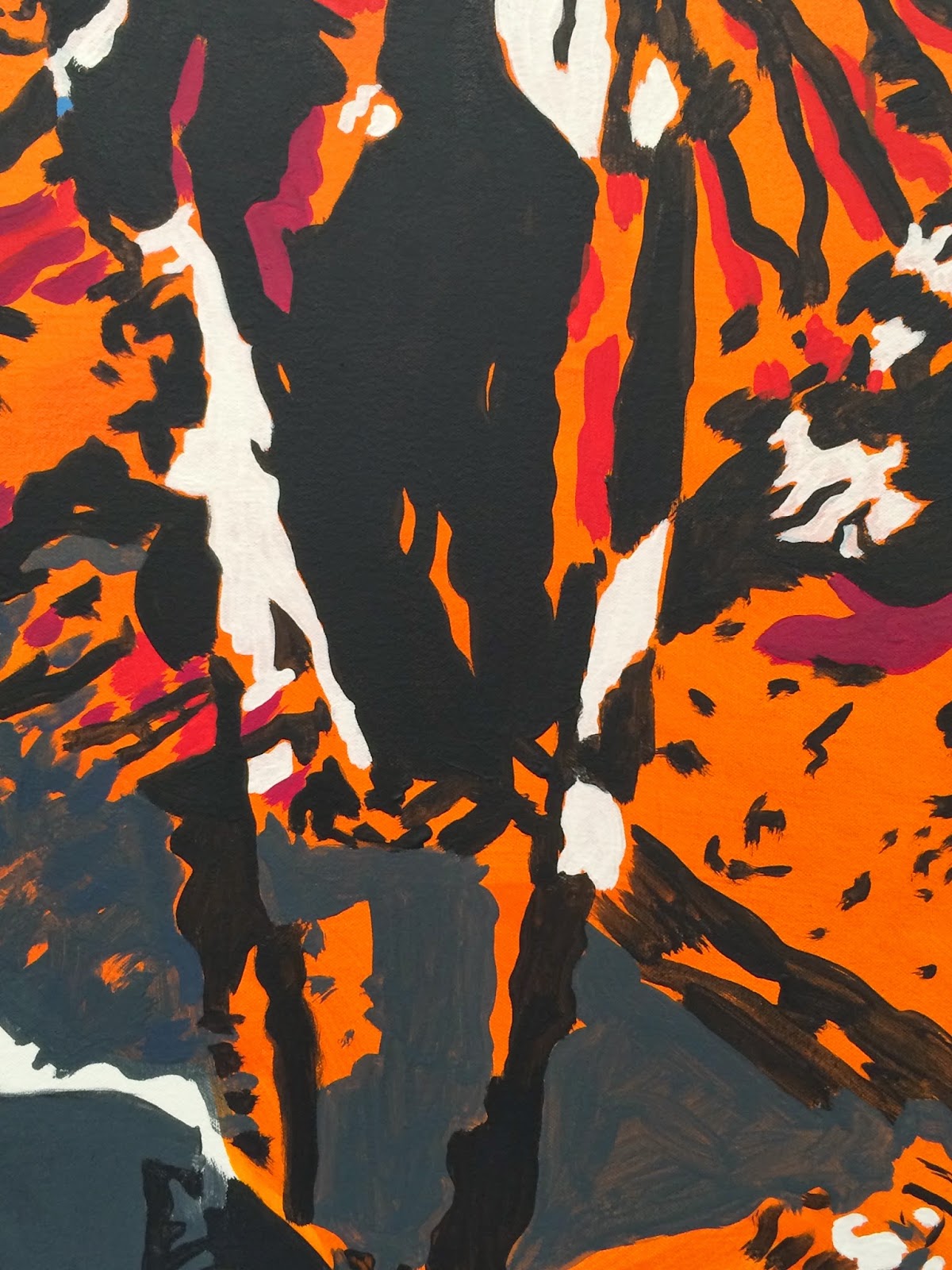 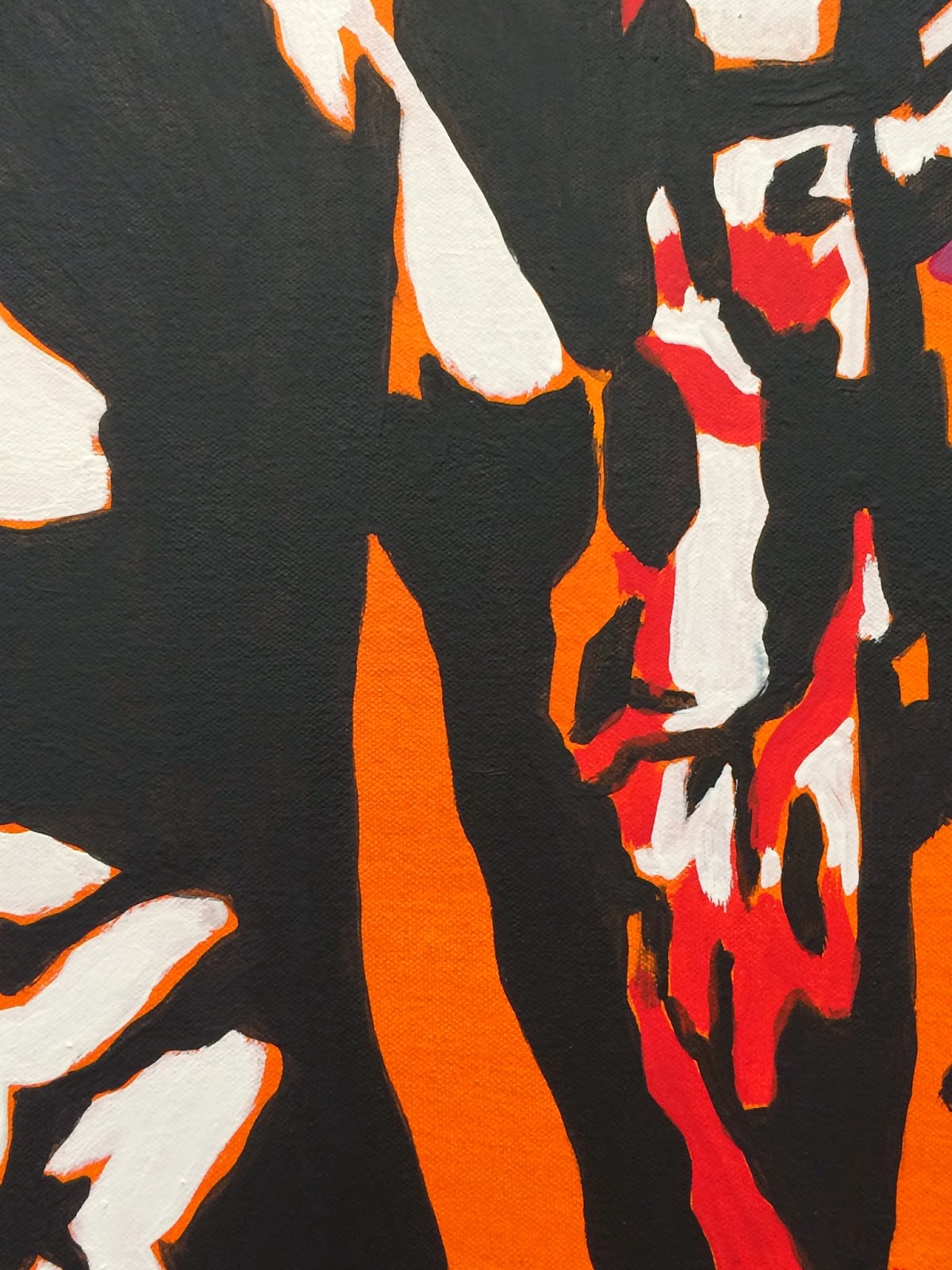 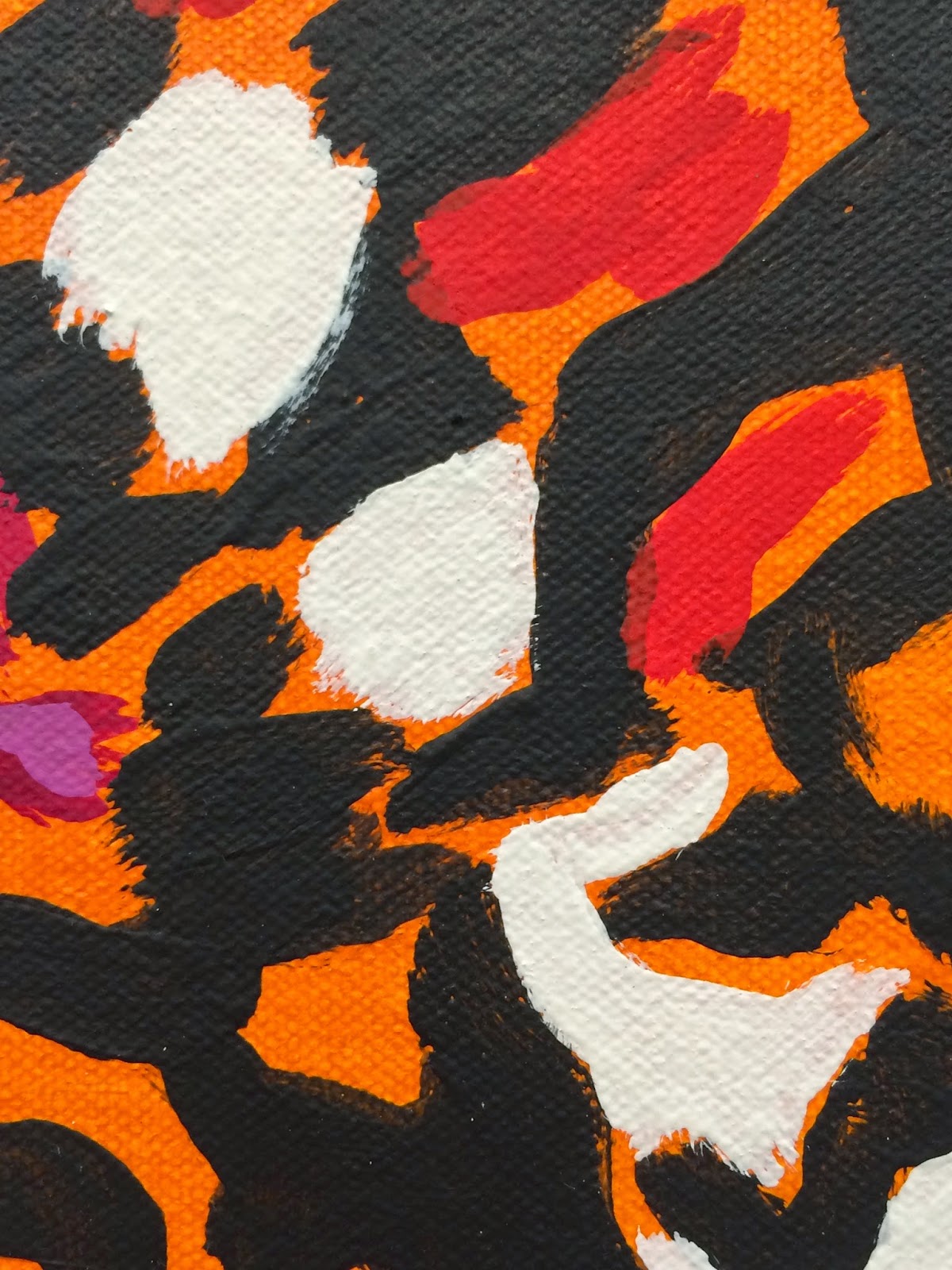 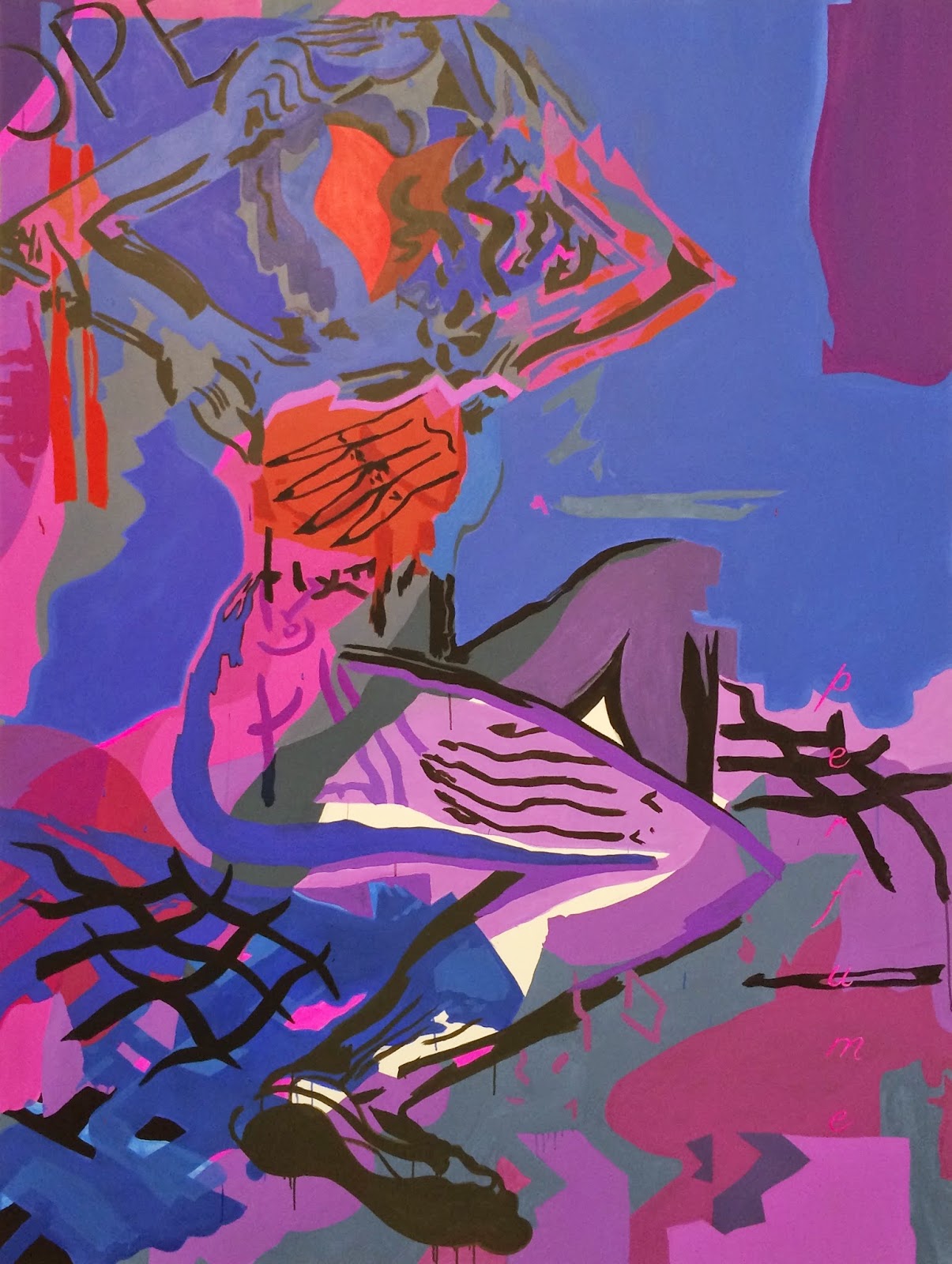 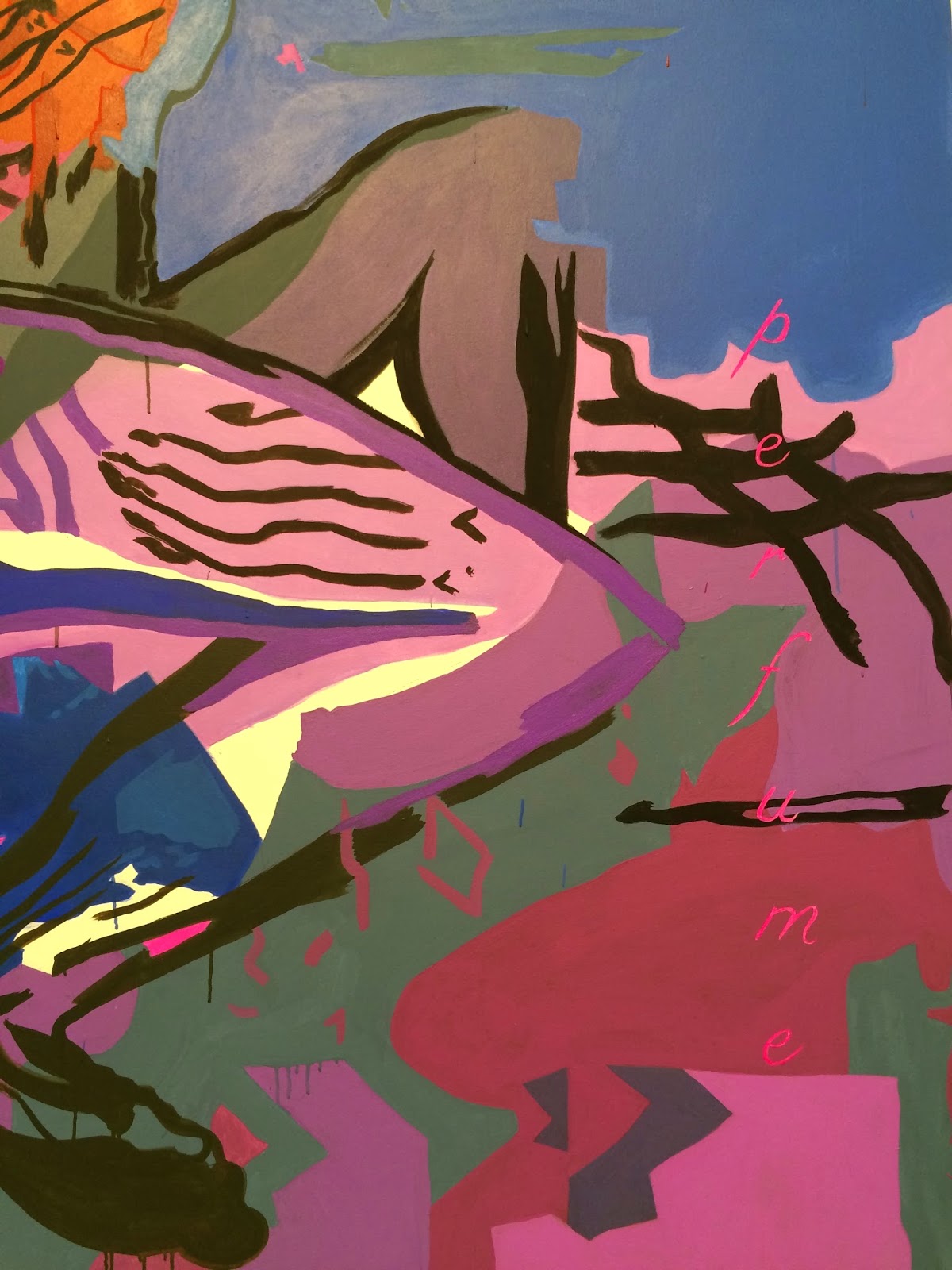 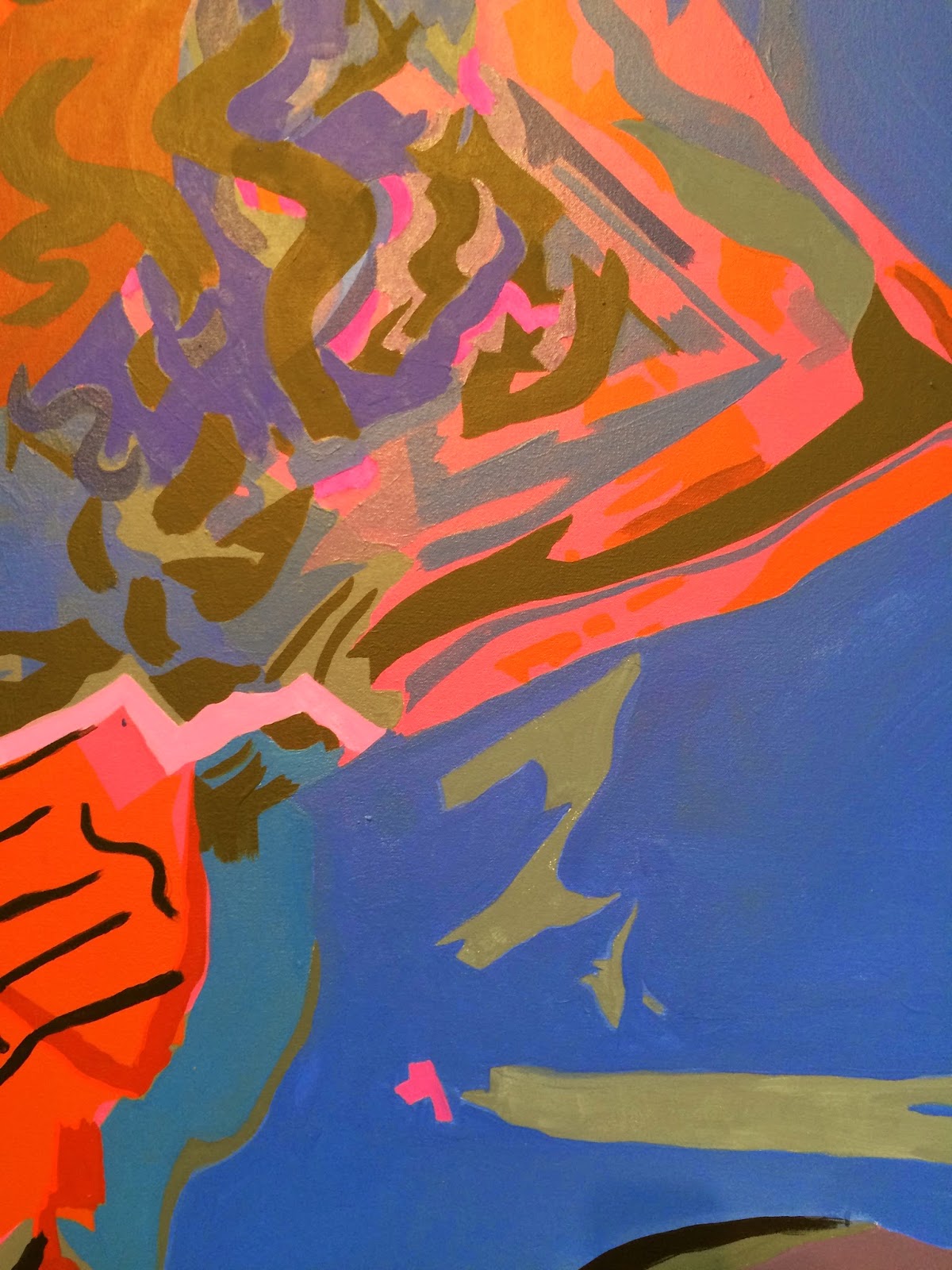 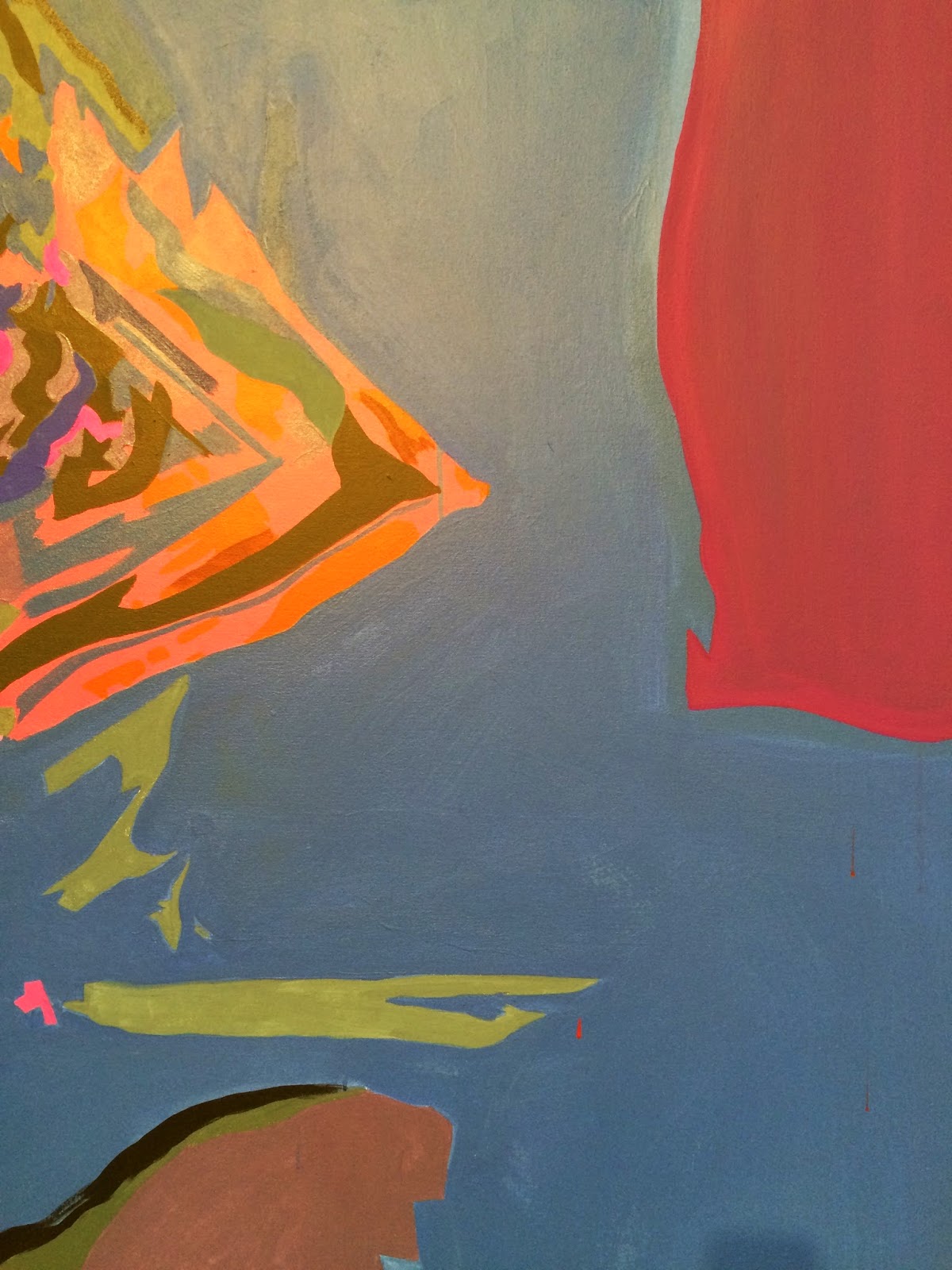 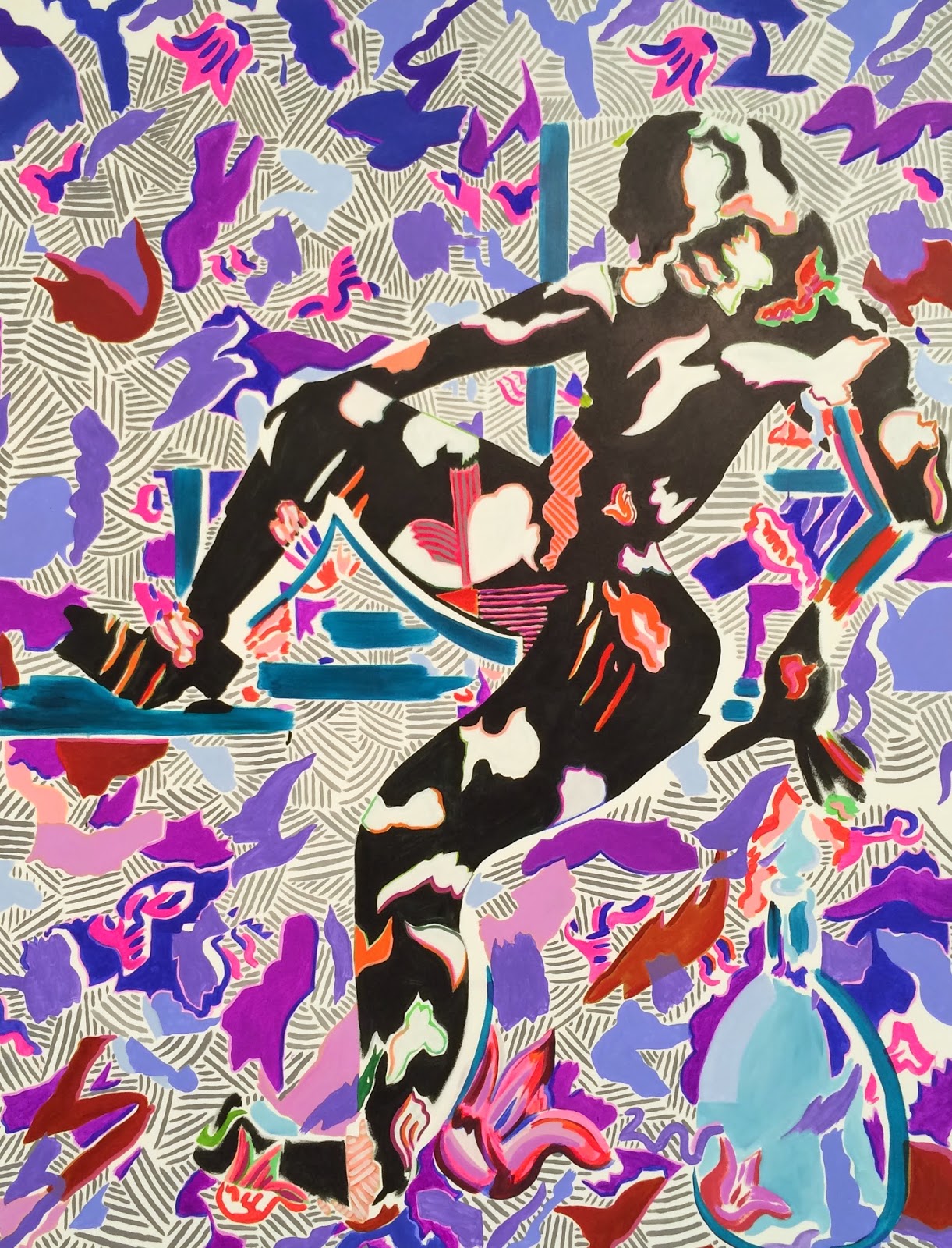 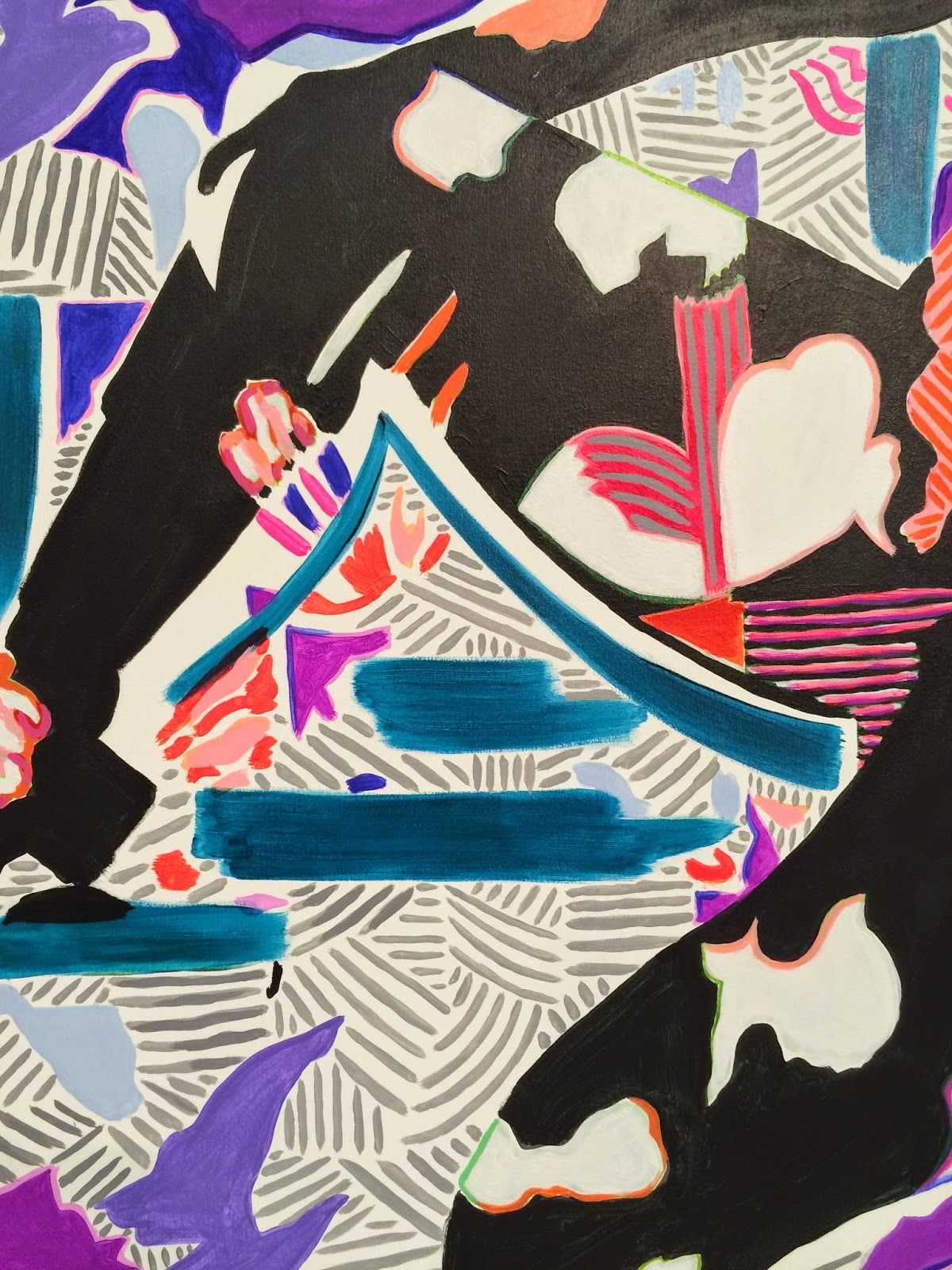 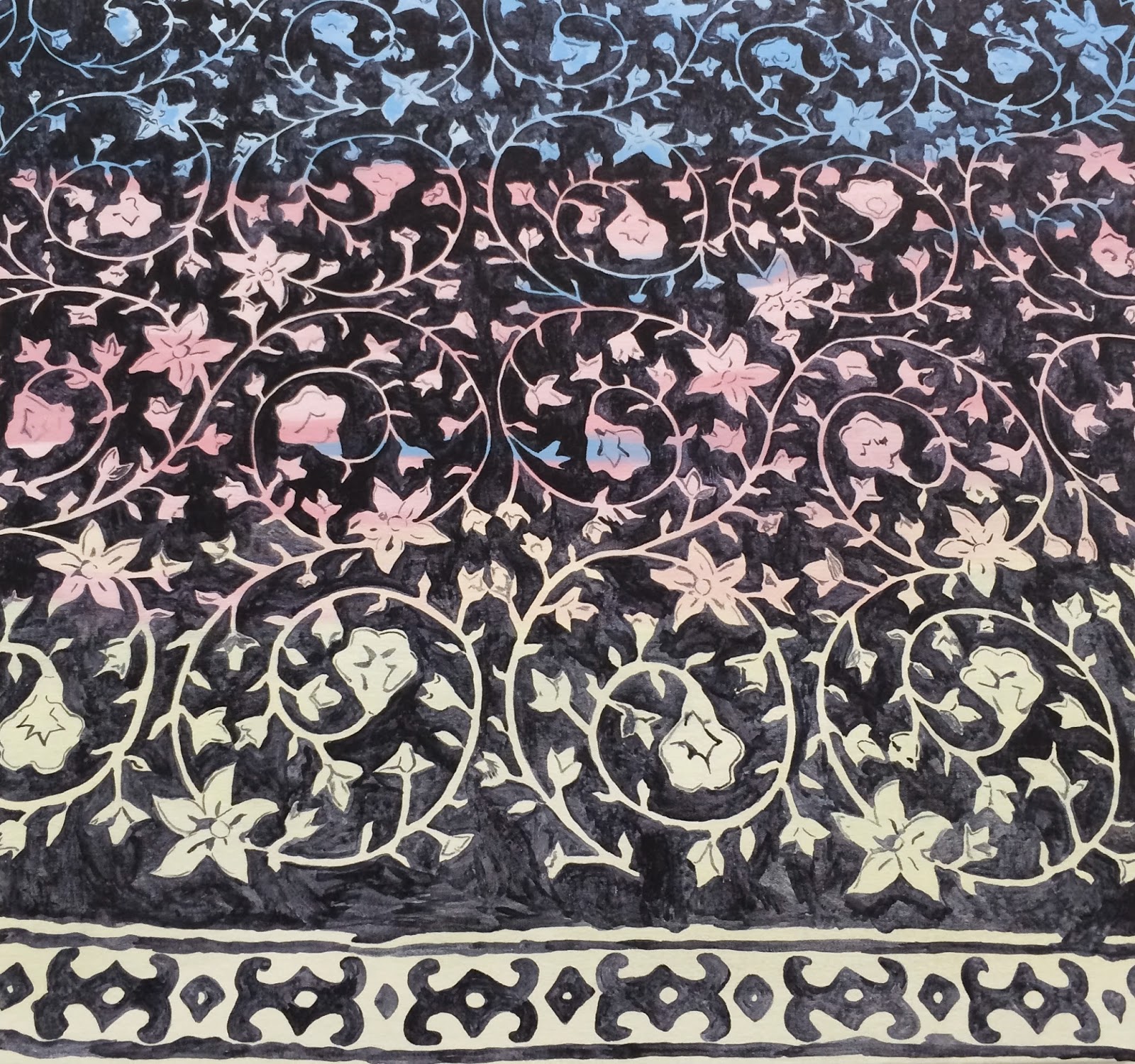 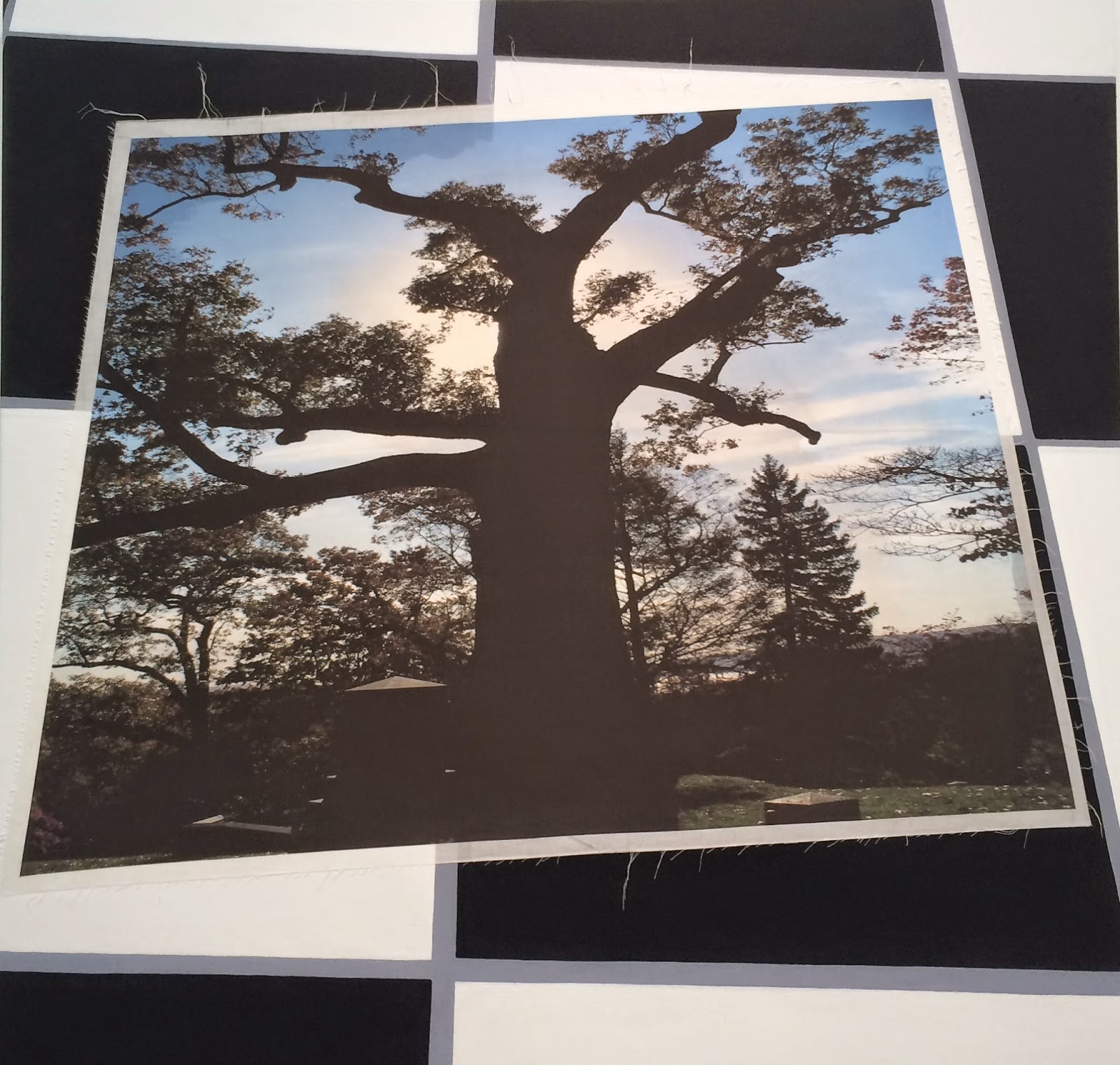 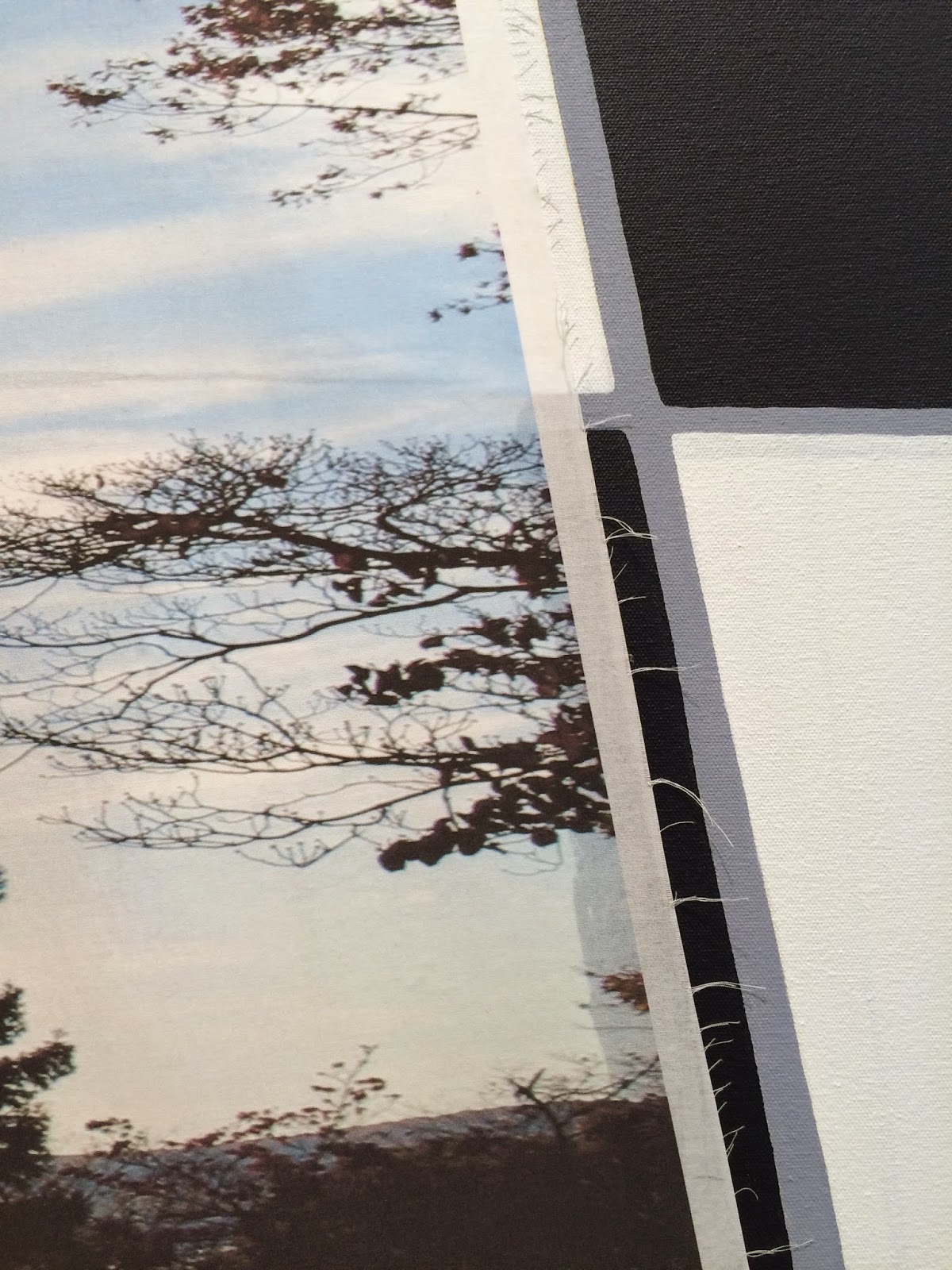 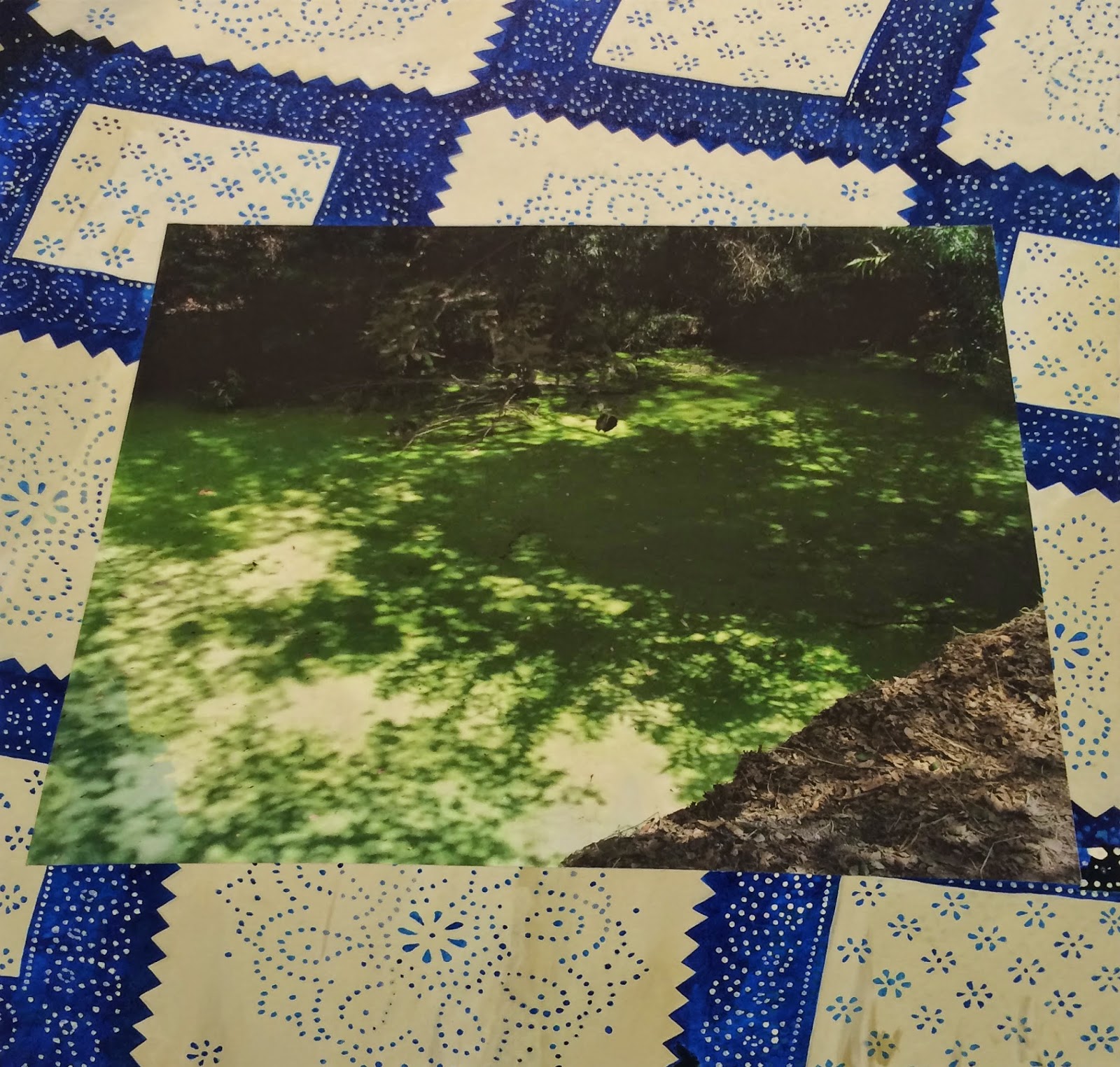 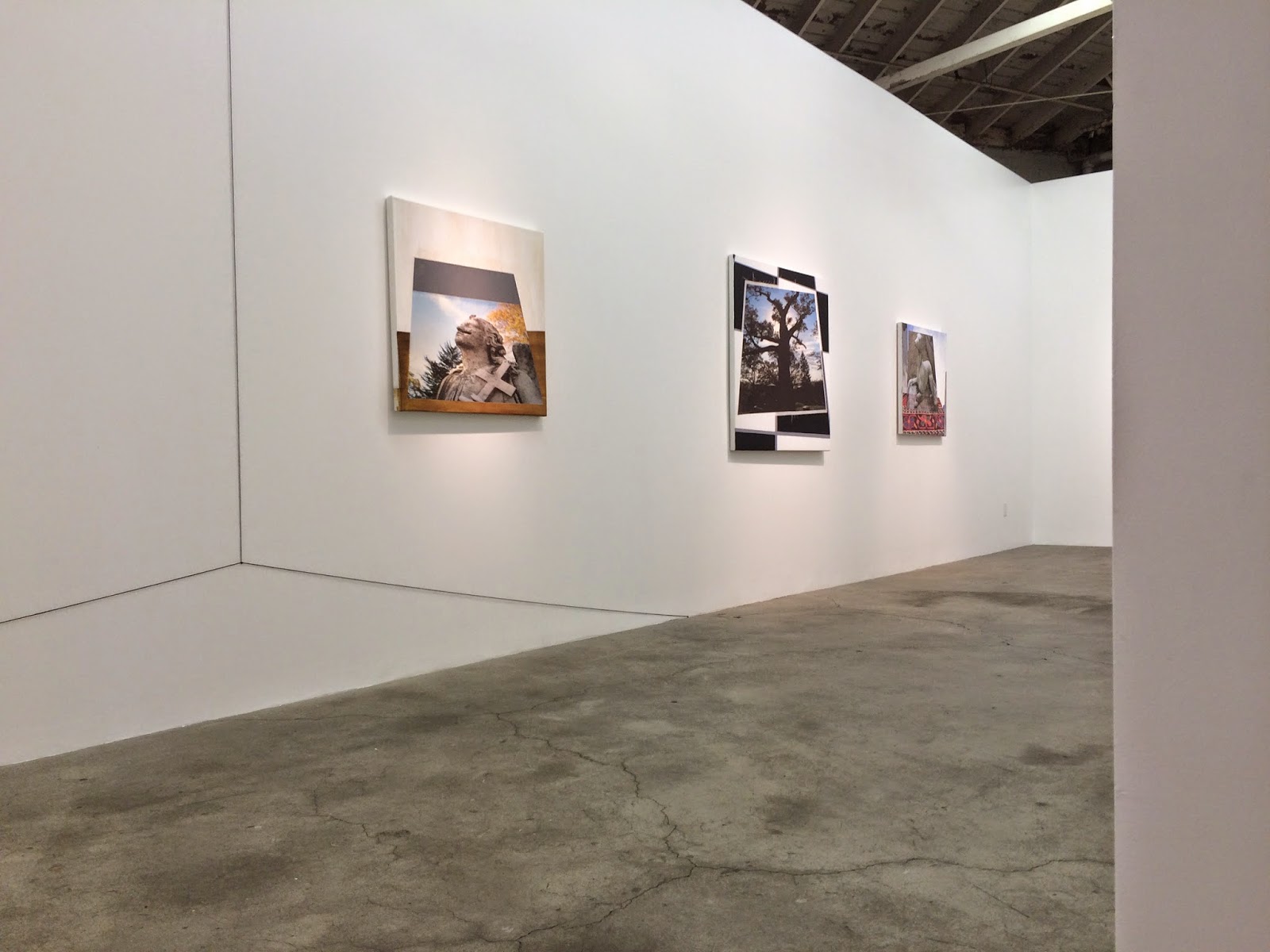 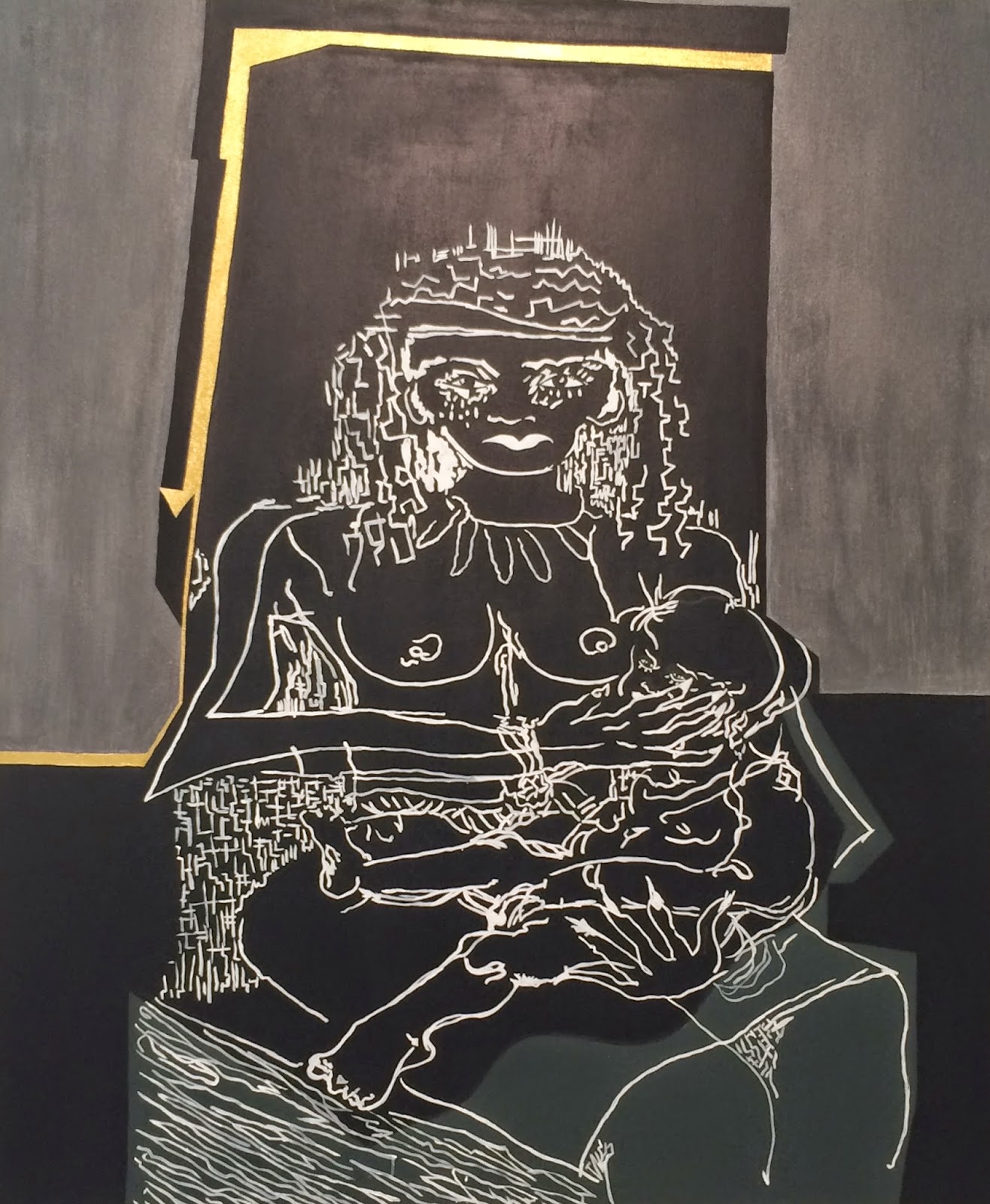 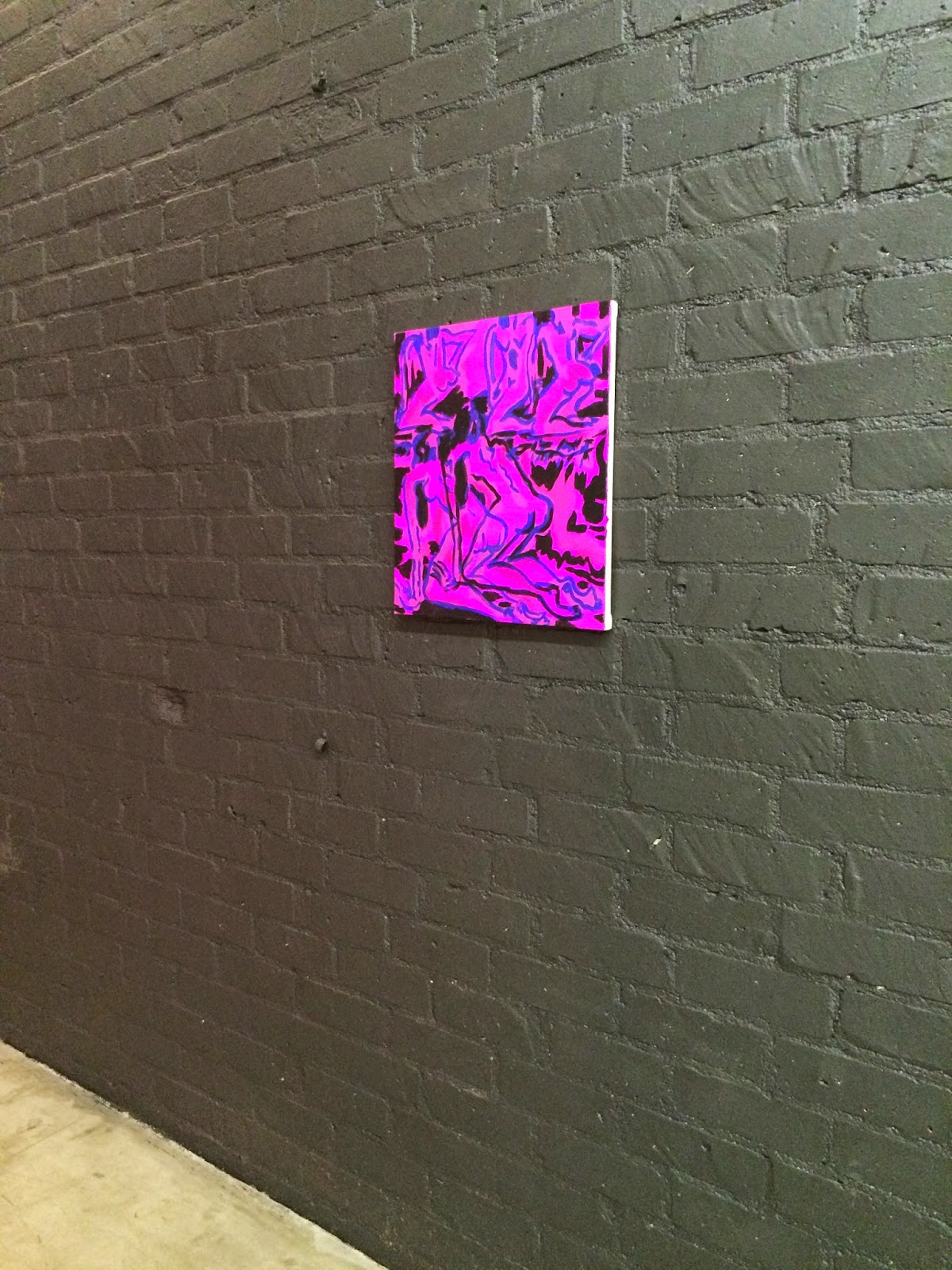 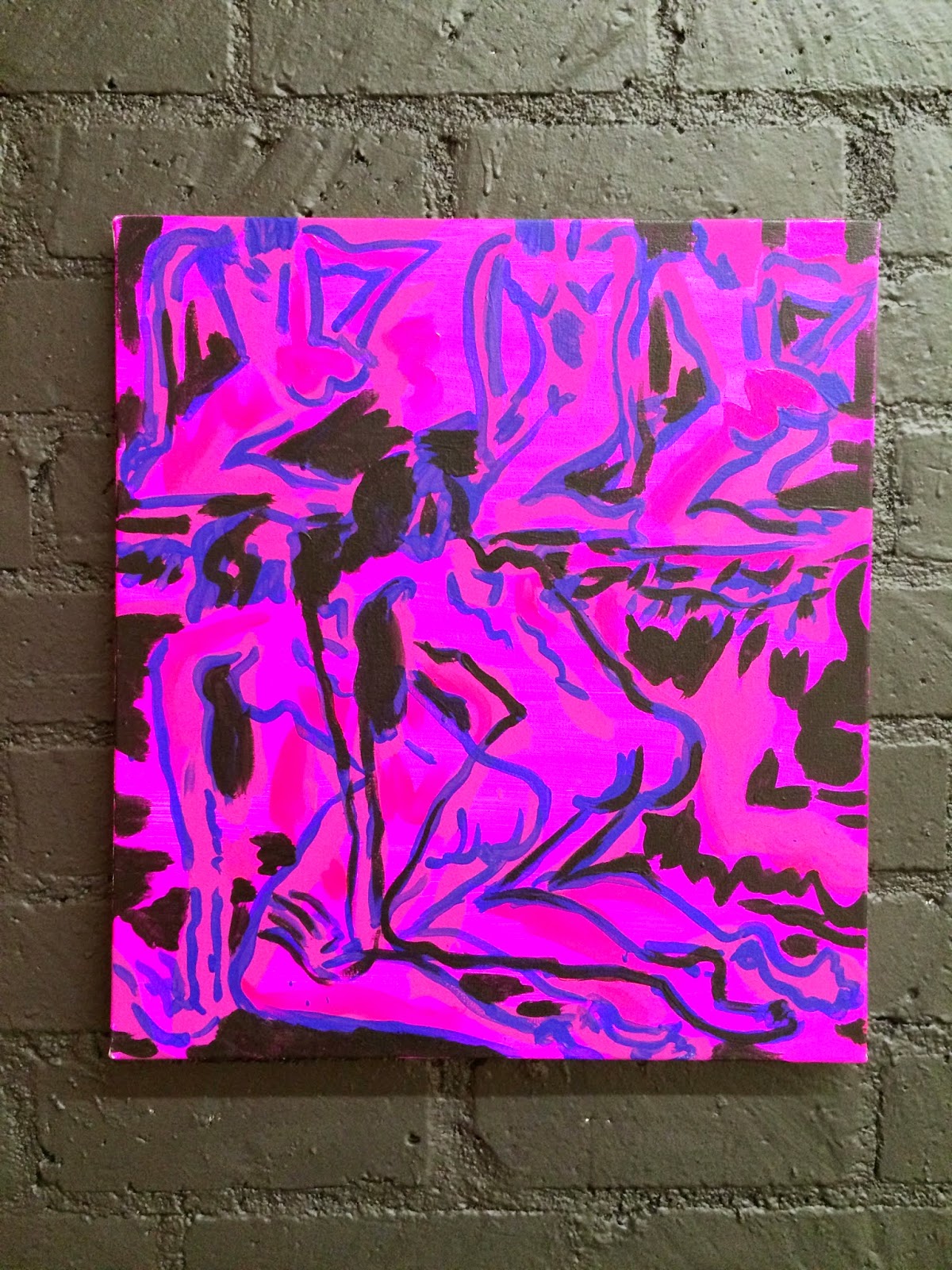 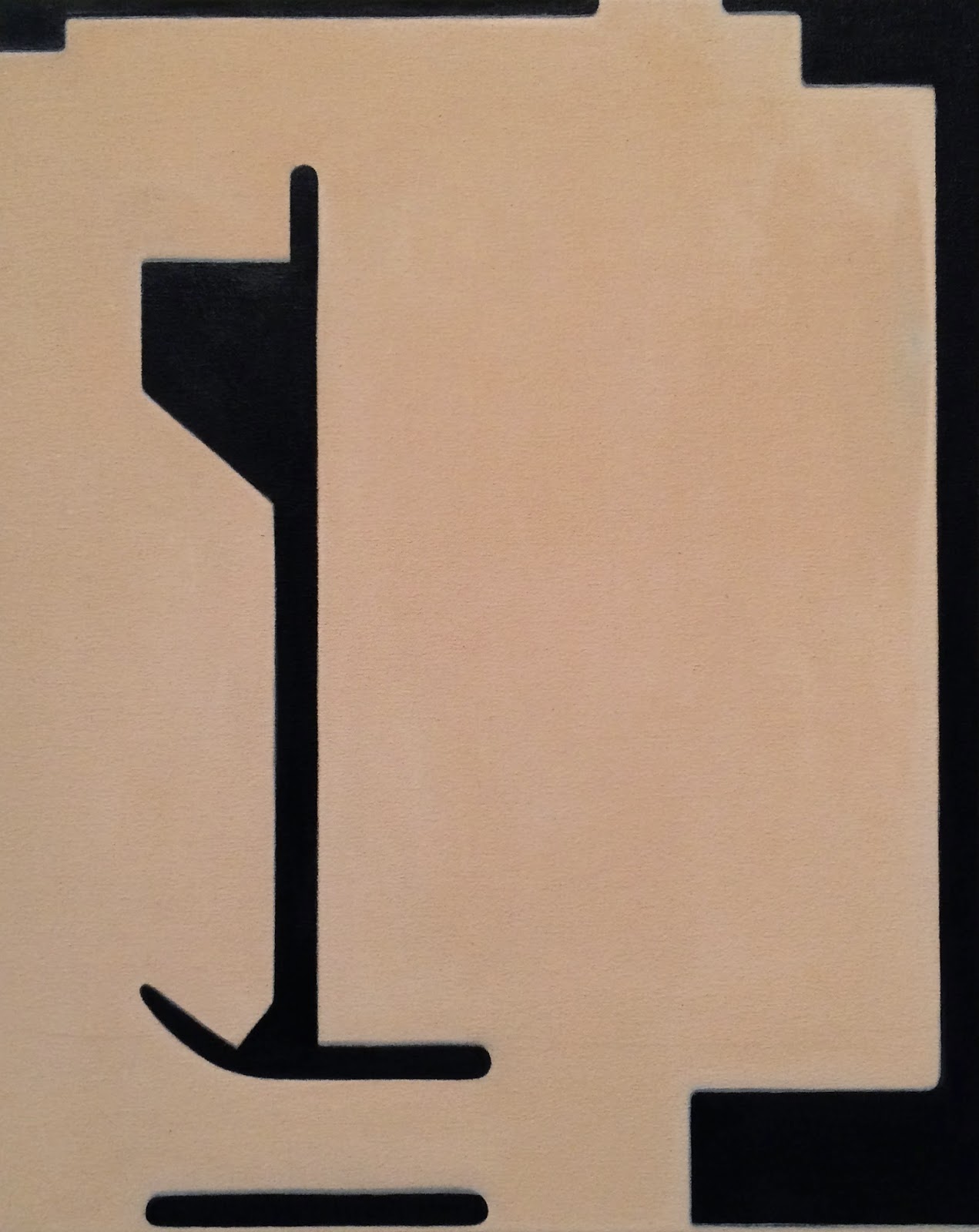 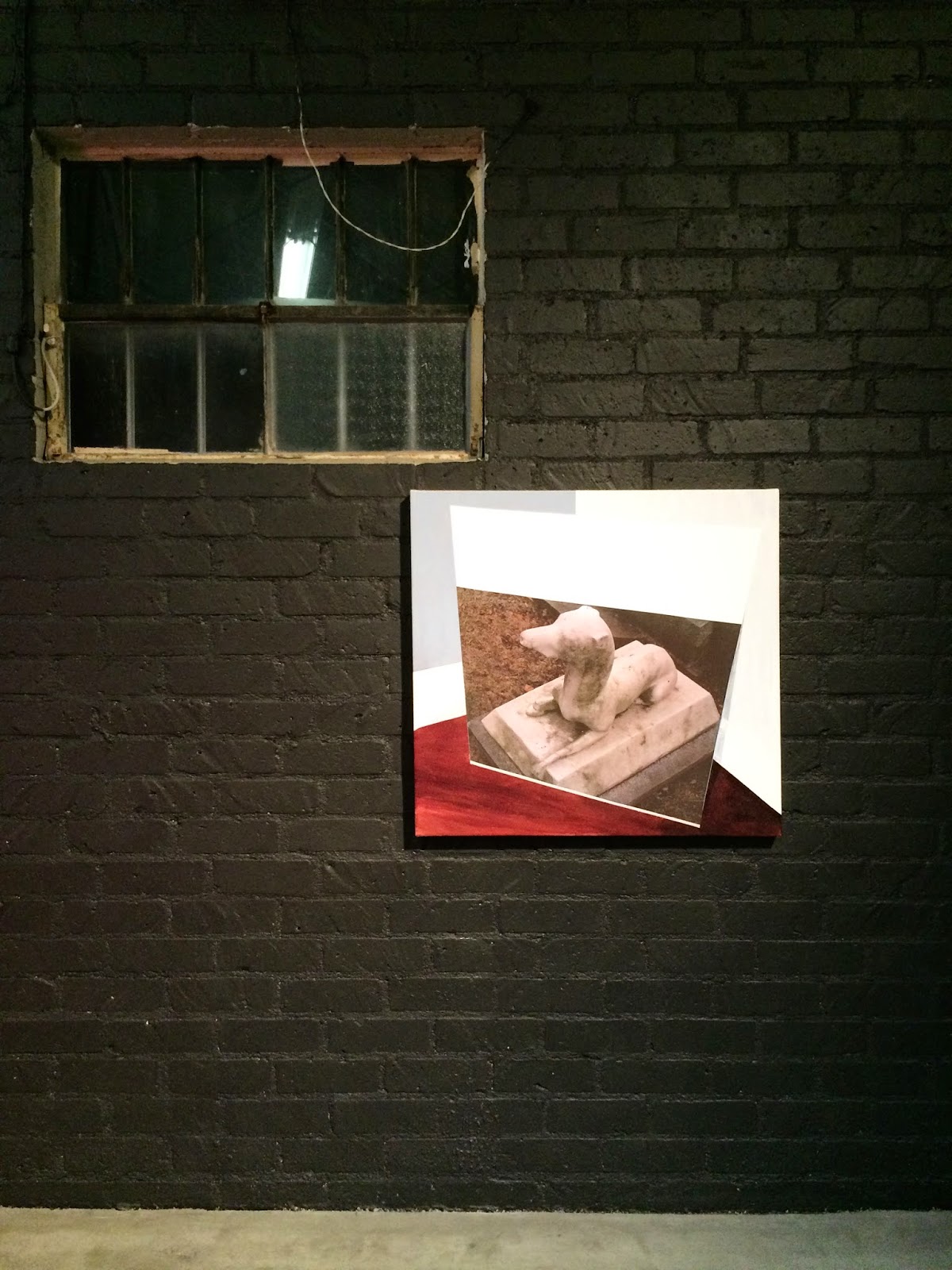 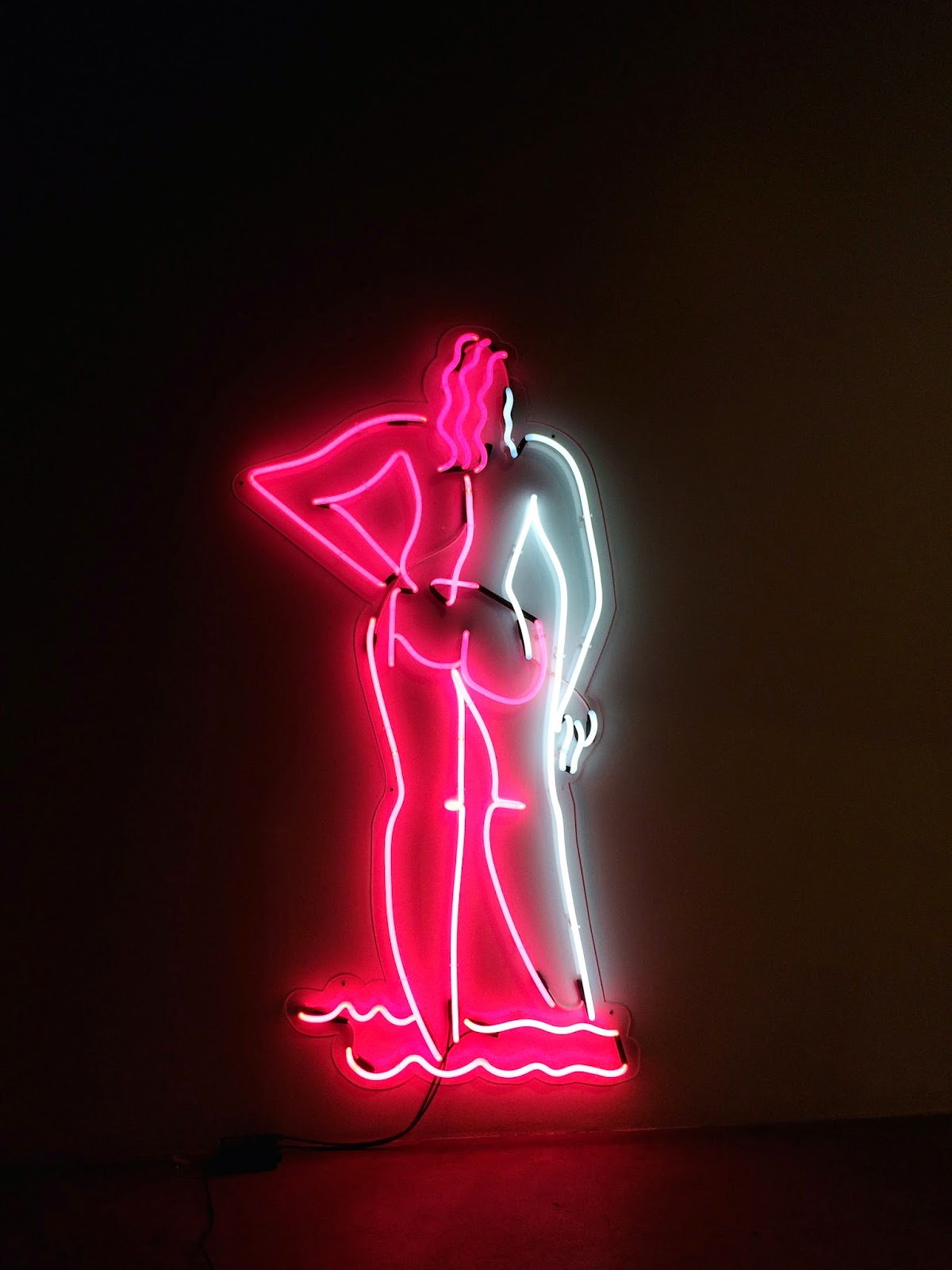 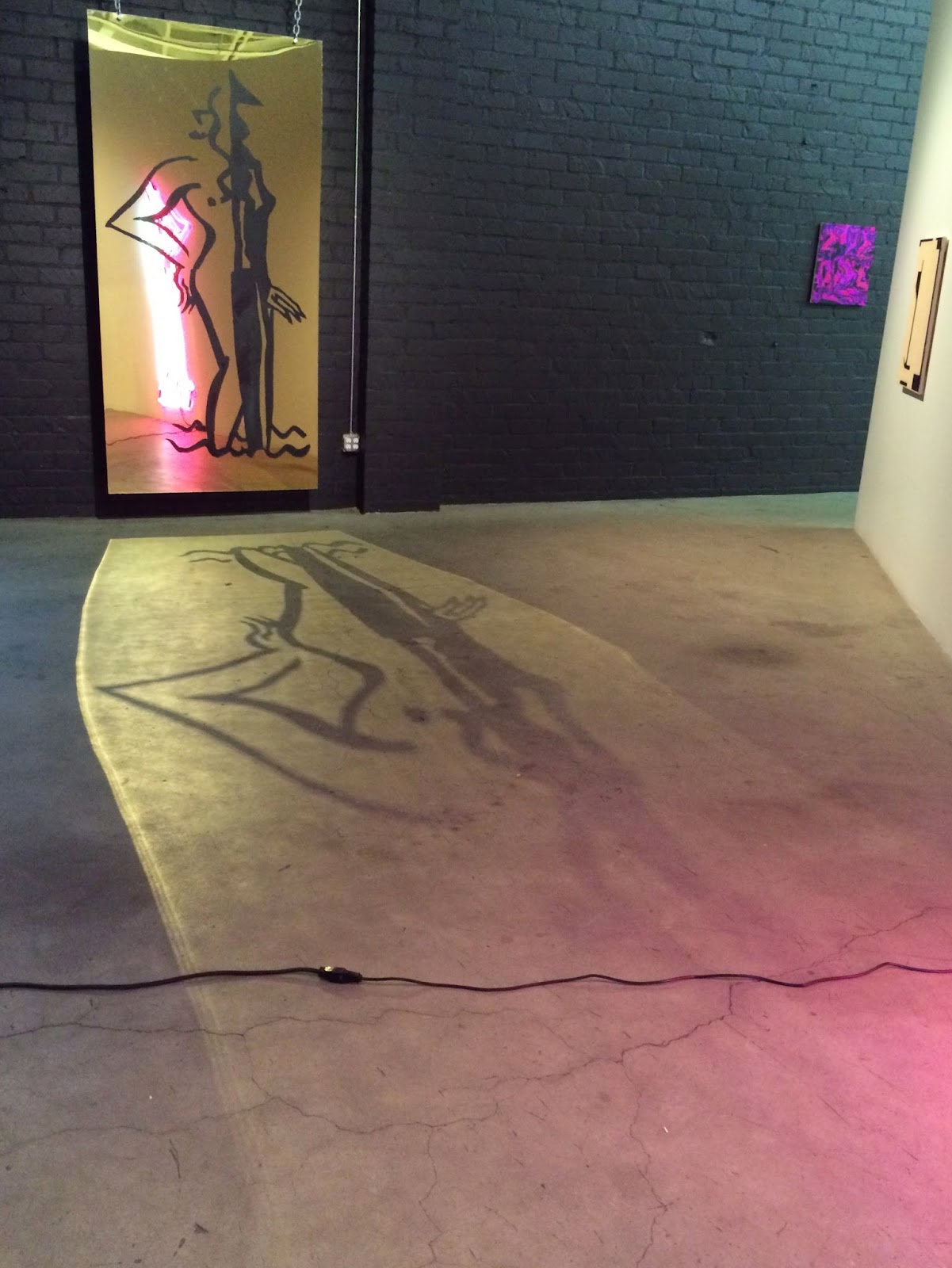 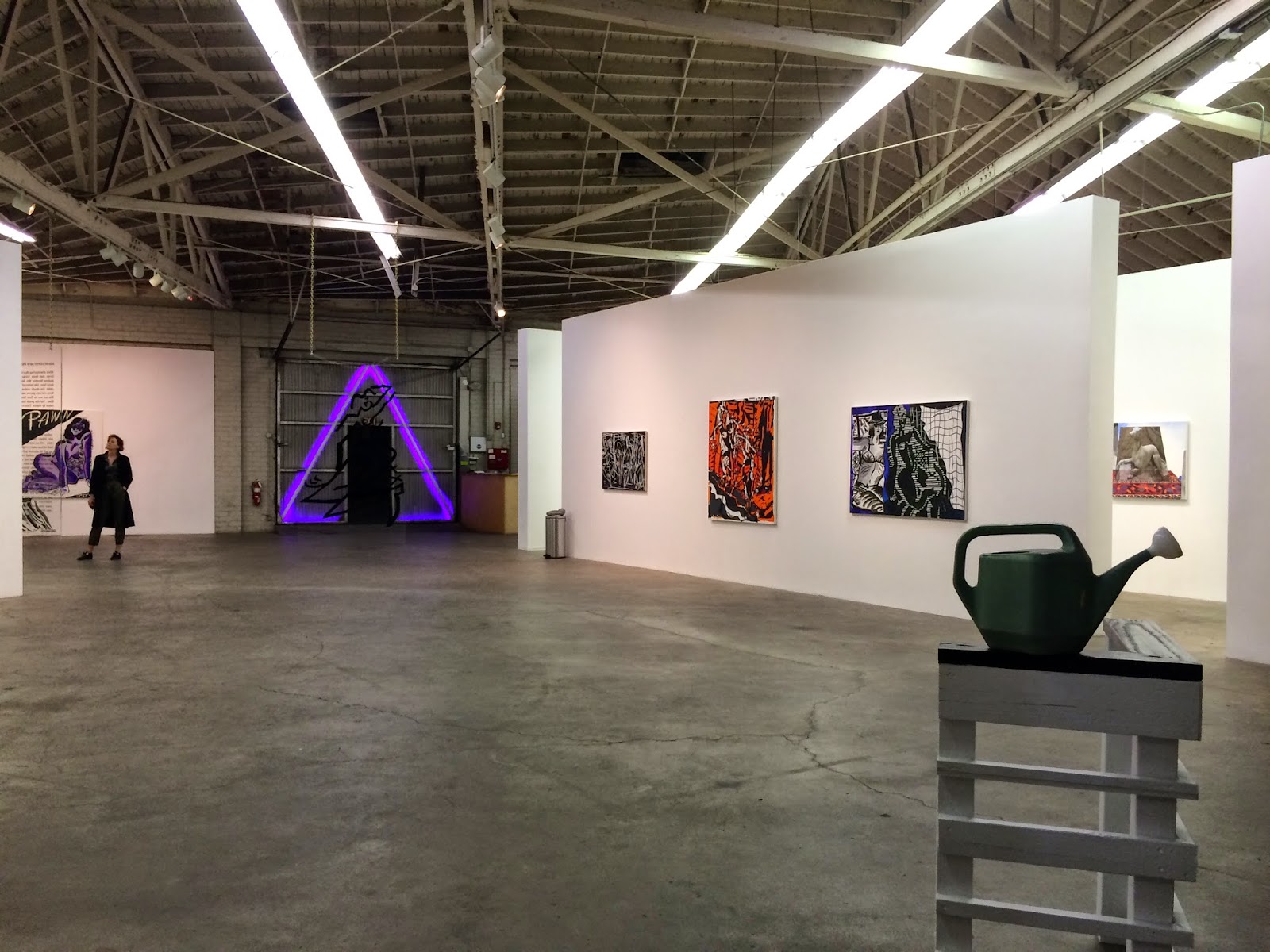 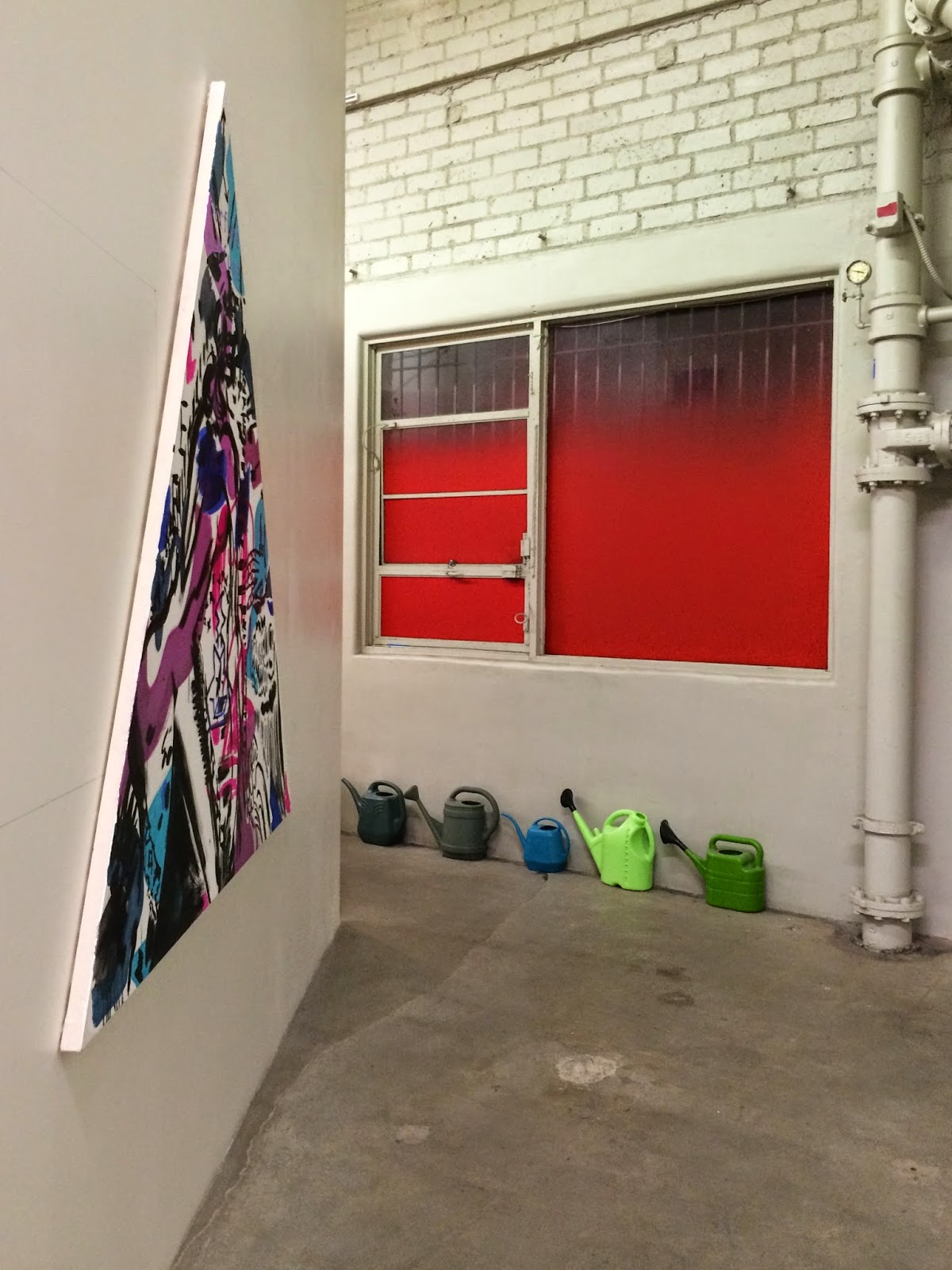 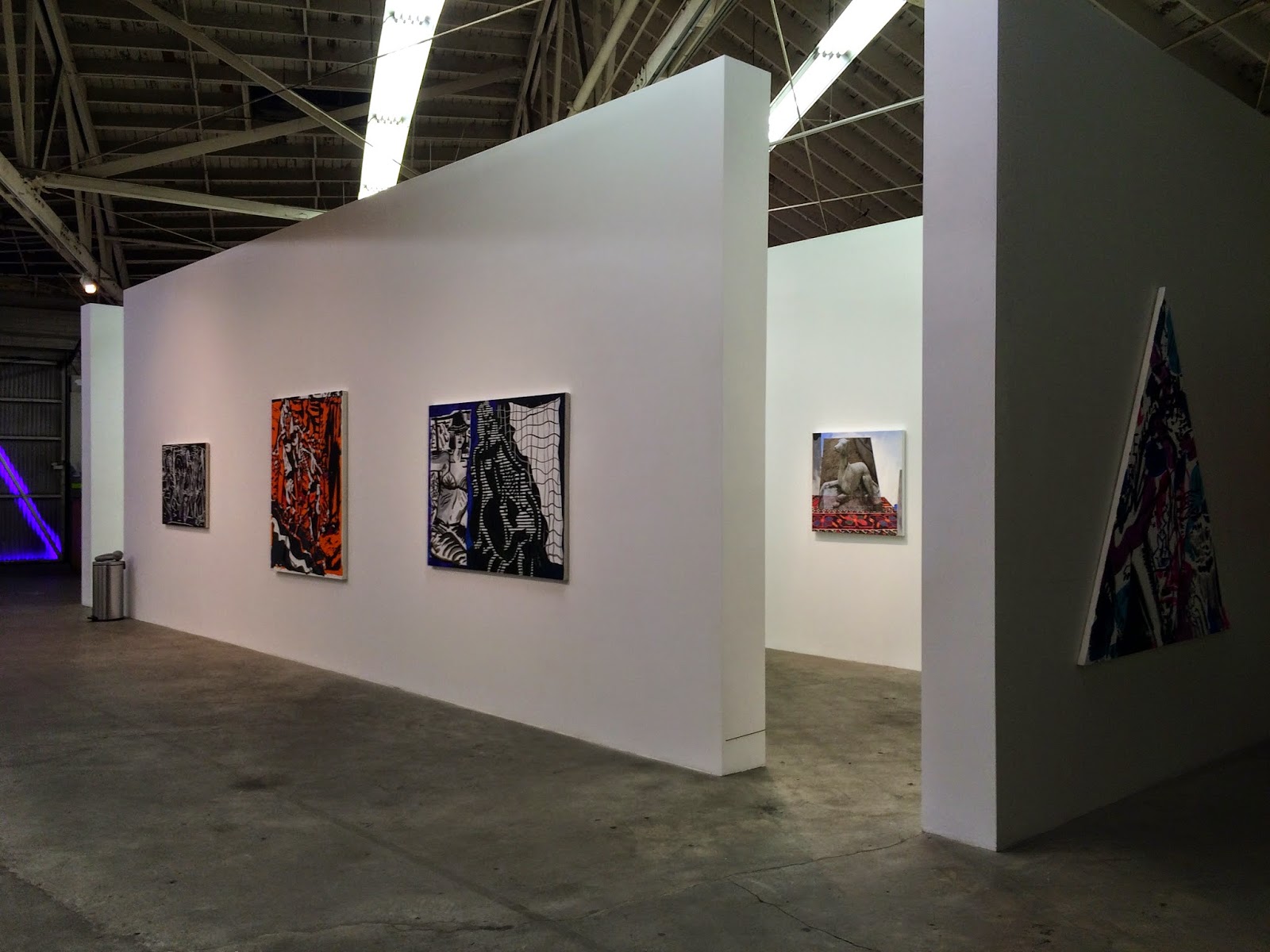 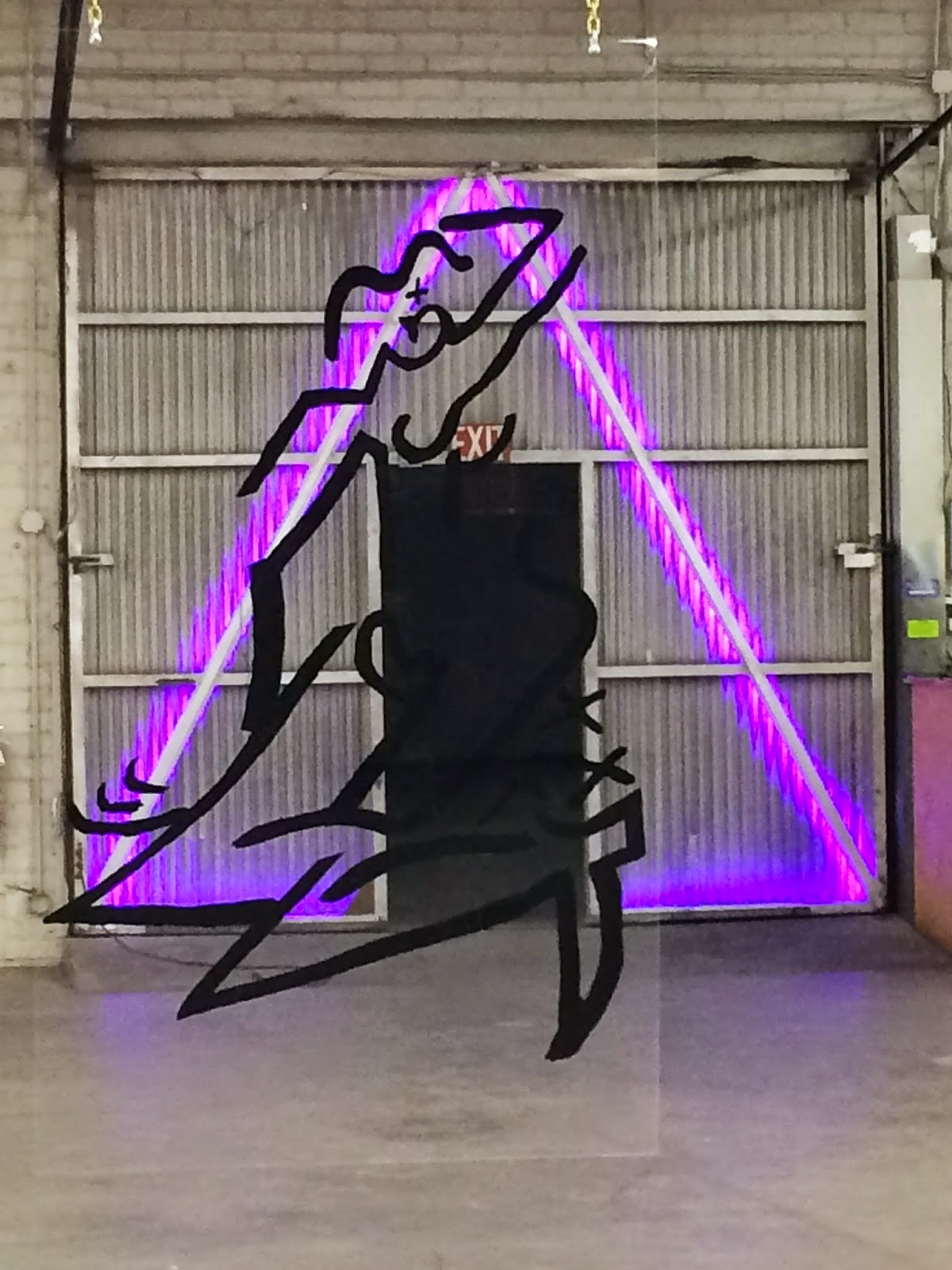 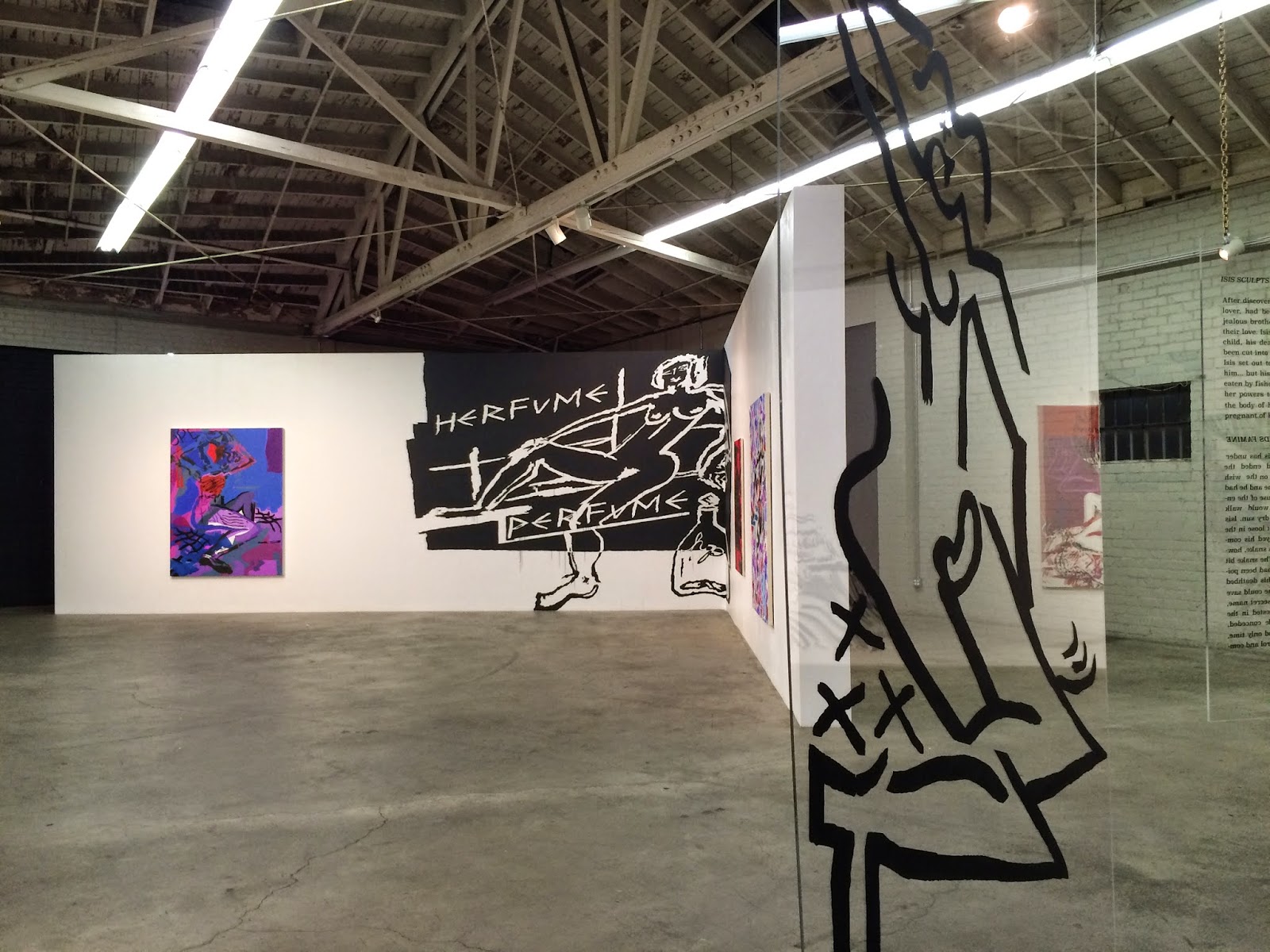 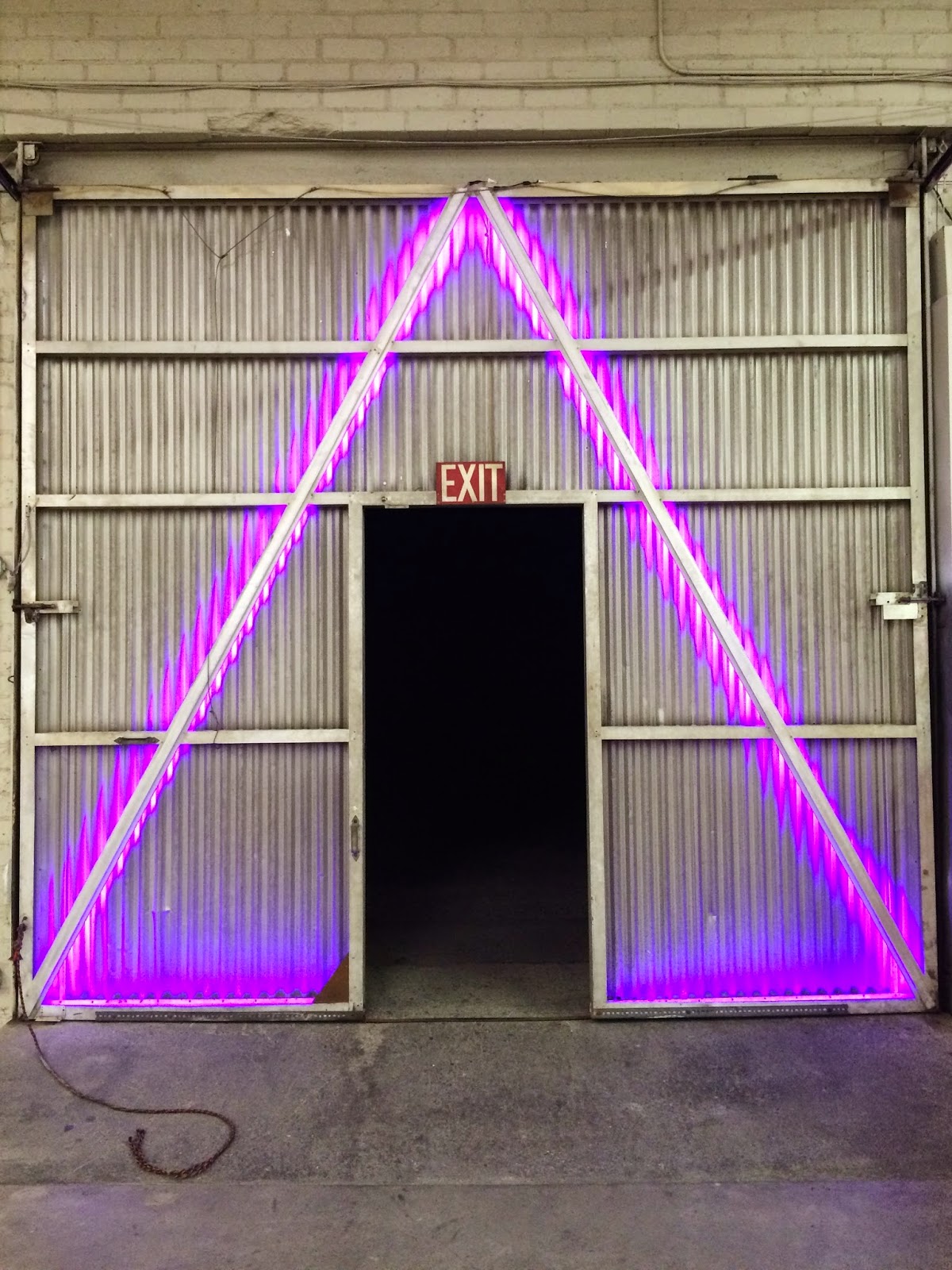 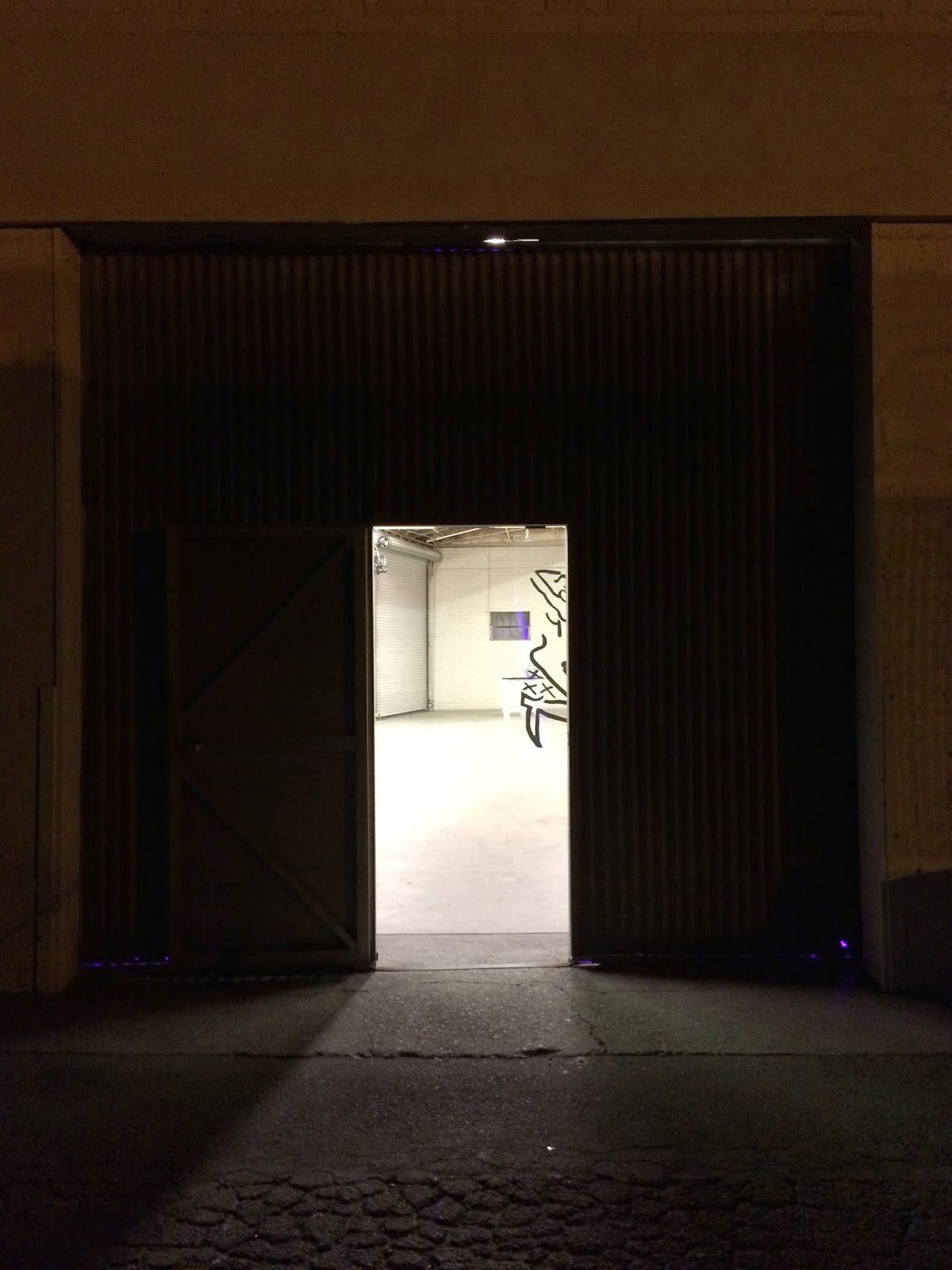 A sucker for color, fragmentation, and edges of things, especially between abstract and concrete being, I found this particular show to be confusing on these points though perhaps necessary as such. For example, as I cycled further through the show,  I found works by other unidentified artists nestled into the show. I was told by the gallerist that this was an intentional plan of Dancy and a couple of her friends who have been hashing out similar installation strategies as of late.  While these are, indeed, interesting notions to consider (cf. Michael Ned Holte's "Support Group" Show at Thomas Solomon Cottage Home as one recent, local example albeit a declared strategy by contrast to this more cryptic one), such a premise here at Night Gallery was much less clear.  I was ok looking at Dancy's work and enjoying simple juxtapositions, until I stumbled upon a watering can sitting on the fence. While sometimes I enjoy such disruptive surprises, qualitatively this was not one of them.  Before this moment of confusion, I had started to wonder whether this was a one-person group show, but then I learned (as mentioned) that it was something else more like an undeclared group show. To this point, layering contingencies can be a good topic to consider these days, especially when framed as such from the outset.  Unfortunately with this show after learning of this undercurrent of codependency, I became more preoccupied with how it was working through the works than I was my reasons for looking at the show in the first place which was to get a closer look at paintings in particular that seemed to be resurrecting notions of figure/ground concerns through a neo-neo expressionist delivery alongside some other stuff.

Last summer, I had started to think about a return to expressionism in that Kirchner kind of way (angular, expressive compositions) via Jo Nigoghossian sculptures from this very same place of Night Gallery, and now I can't help but think about a few of these paintings here in this show as such, still, with the added component of a Fauves palette.  The funny thing is that early 20th century concerns about individual/social anxiety still persist, but now the industrial has given way to a post-digital sense of global as more instantaneous and palpable.  Current communications provide a new level awareness and promise of ubiquitous, immediate knowledge but the human anxieties continue, perhaps currently more intensely as artists such as Dancy still care about psychic content and what it means to desire blending-in and disappearing whether through individual/group show workings, figurative paintings gone abstract, narrative drawings on glass or lights embedded in the entrance/exit.

Whatever way we want to look at it, this is not only a gender concern as it pertains to identity as the title for this show suggests, but a human one that asserts intuition (what the Surrealists were pushing as pure psychic automatism) above organized, logical systems.  I like the two works in this show the most that book end this post. For whatever reasons, whenever I think about the title for this show, Louis Jordan's "Is you Is or Is You Ain't My Baby" from 1944 springs to mind.  While probably just random free association on my part, I can't help but wonder about influence of time periods and how or if by how much things have really changed since then, and, further, how much Dancy would be willing to connect these specters, at least psychologically? Freud may have desired as much.
Posted by Justin Lowman