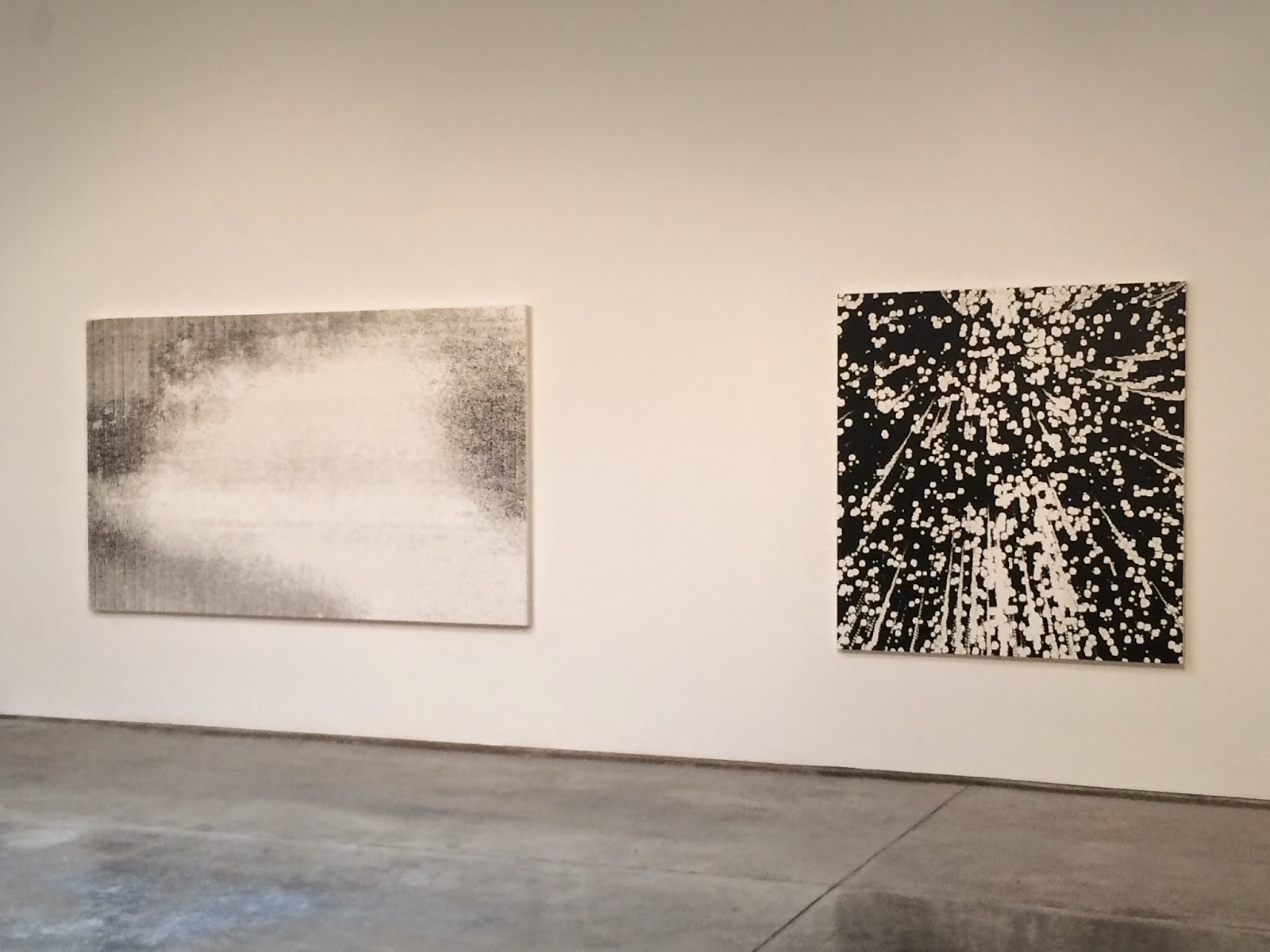 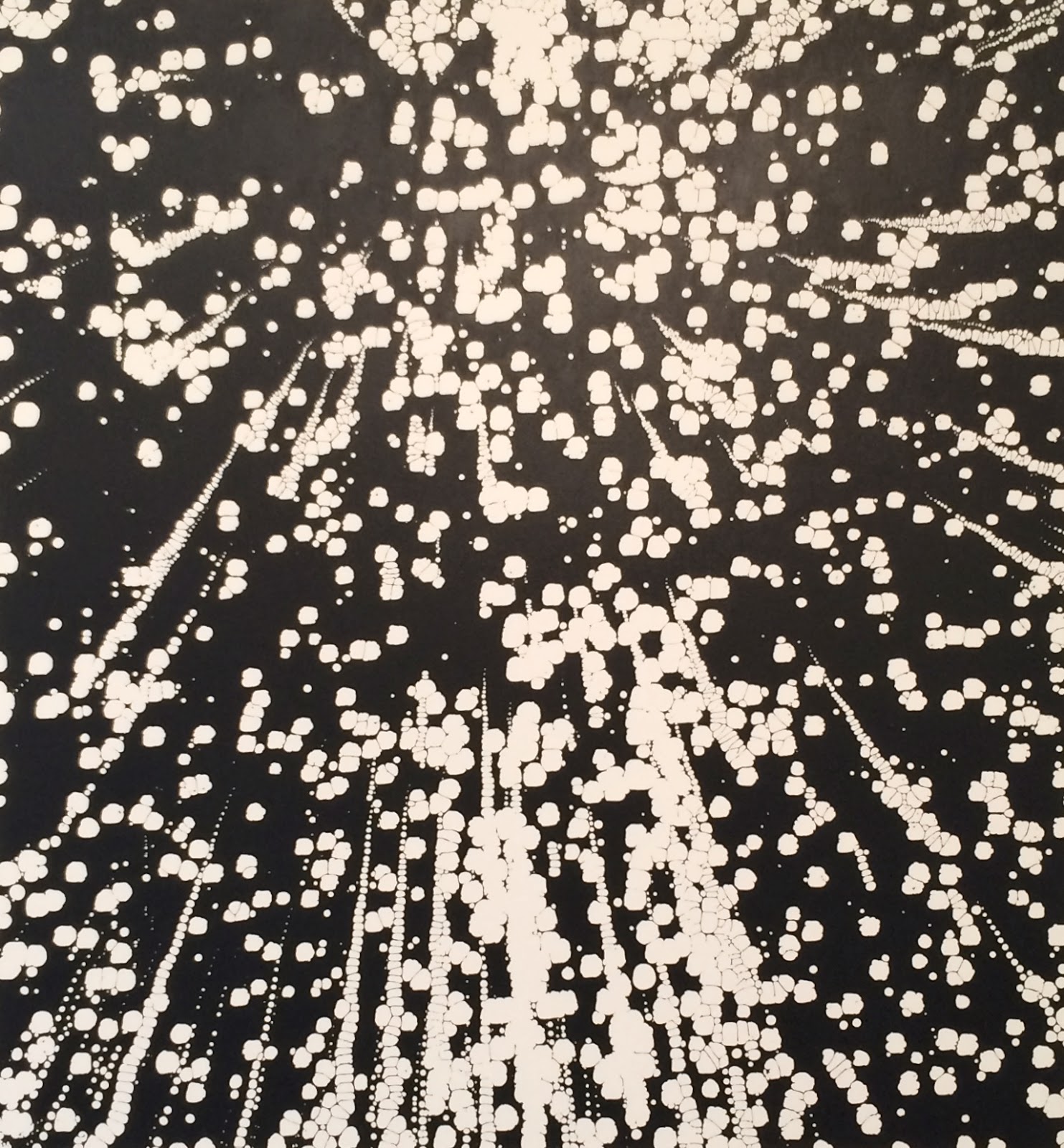 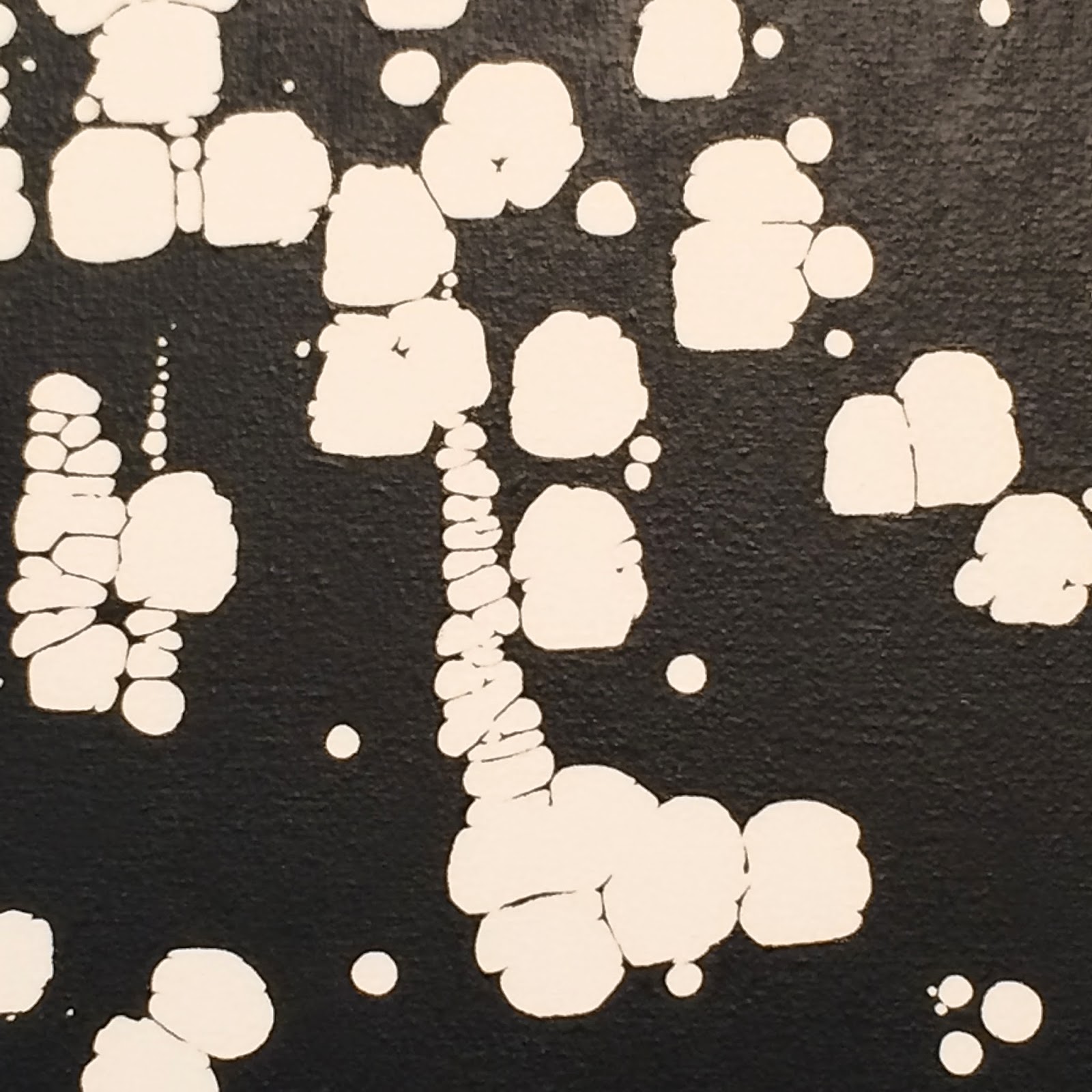 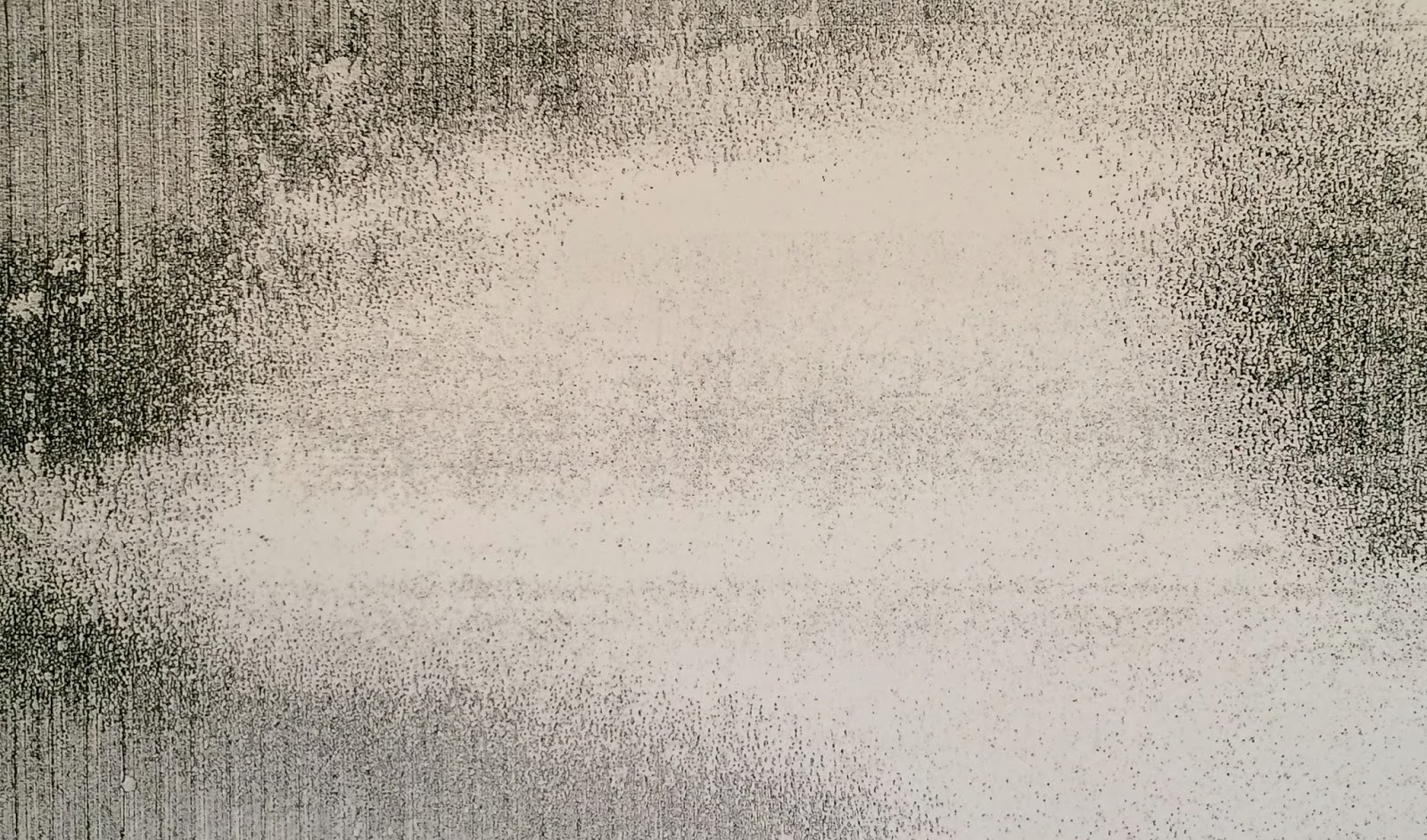 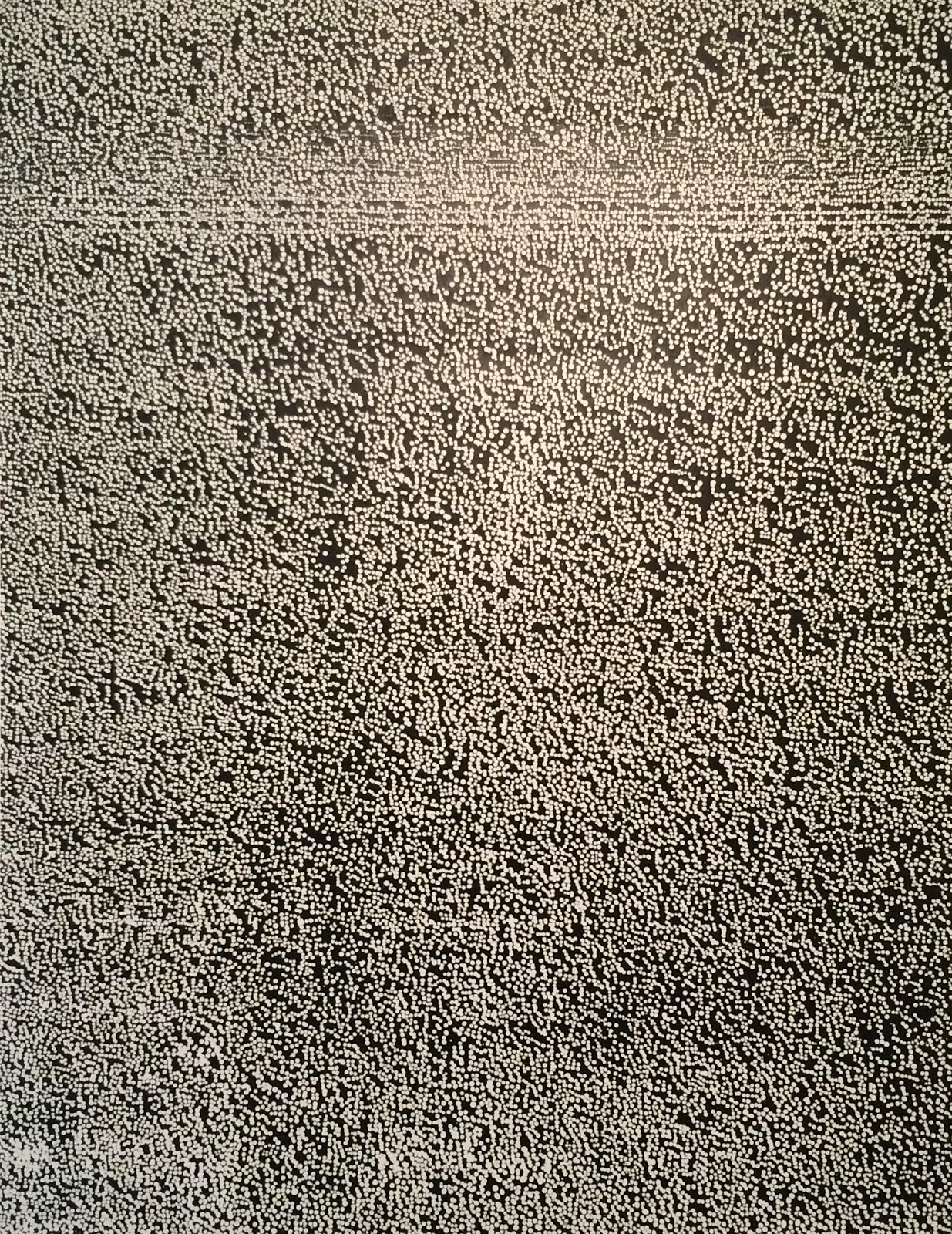 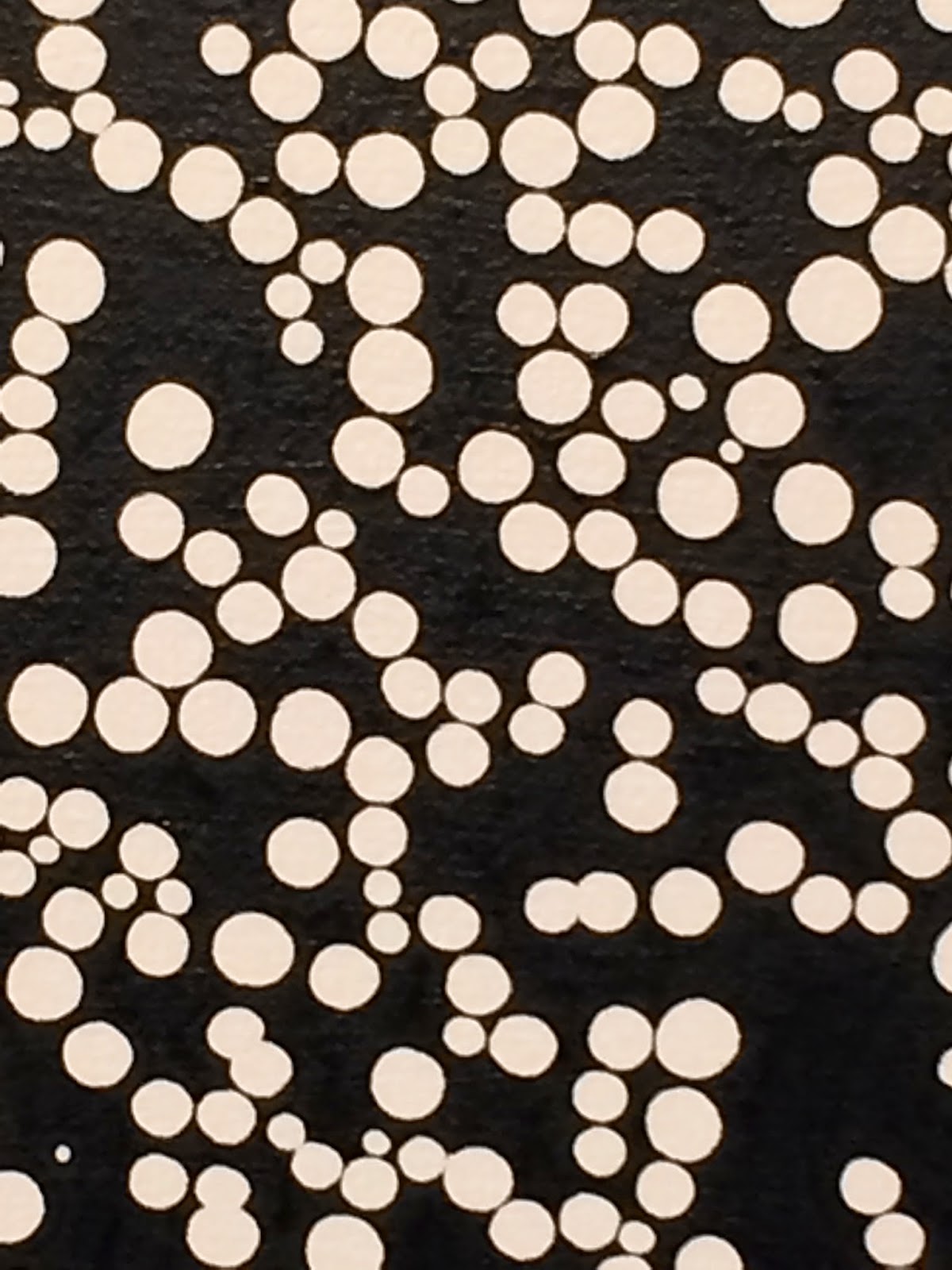 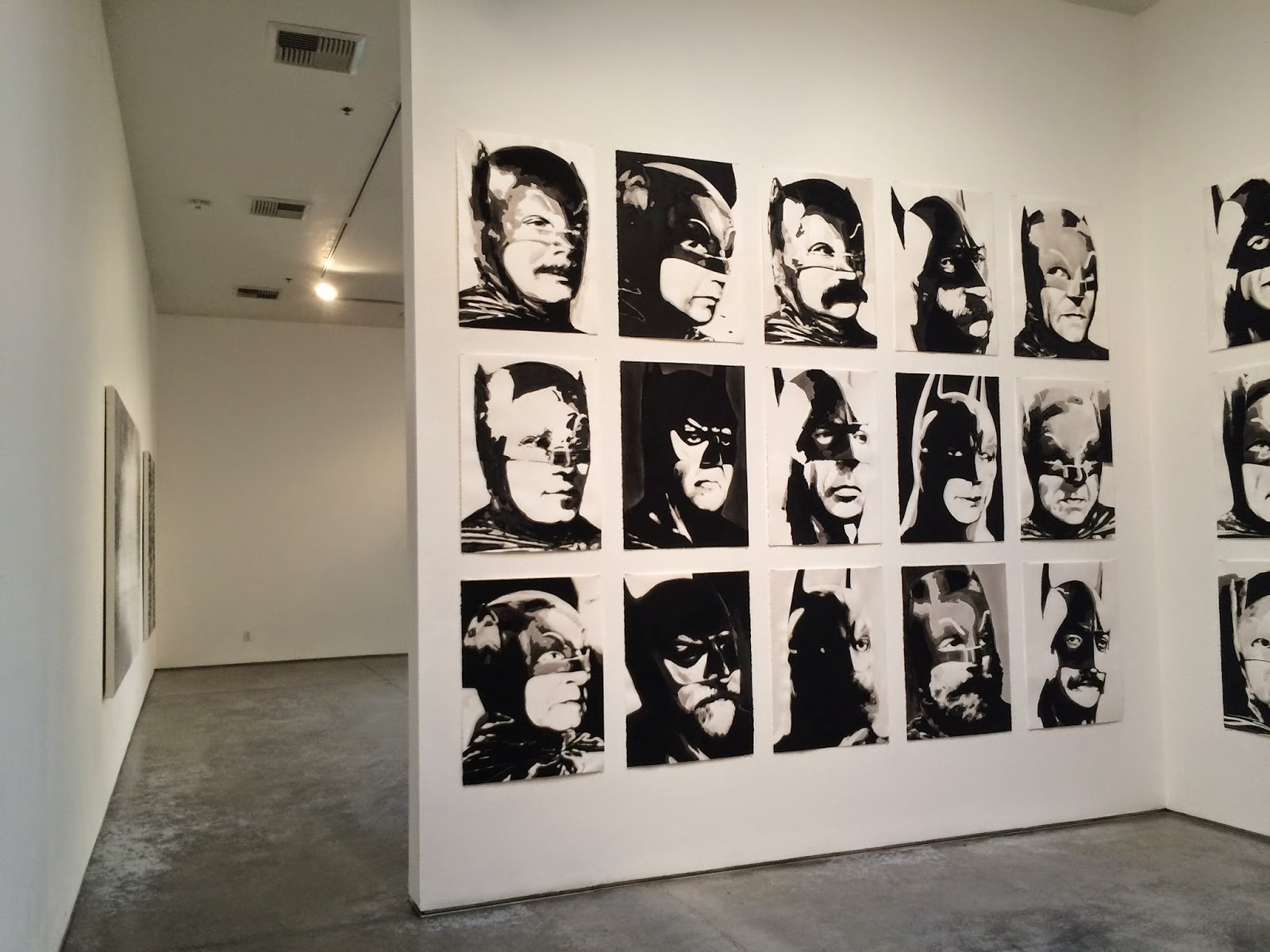 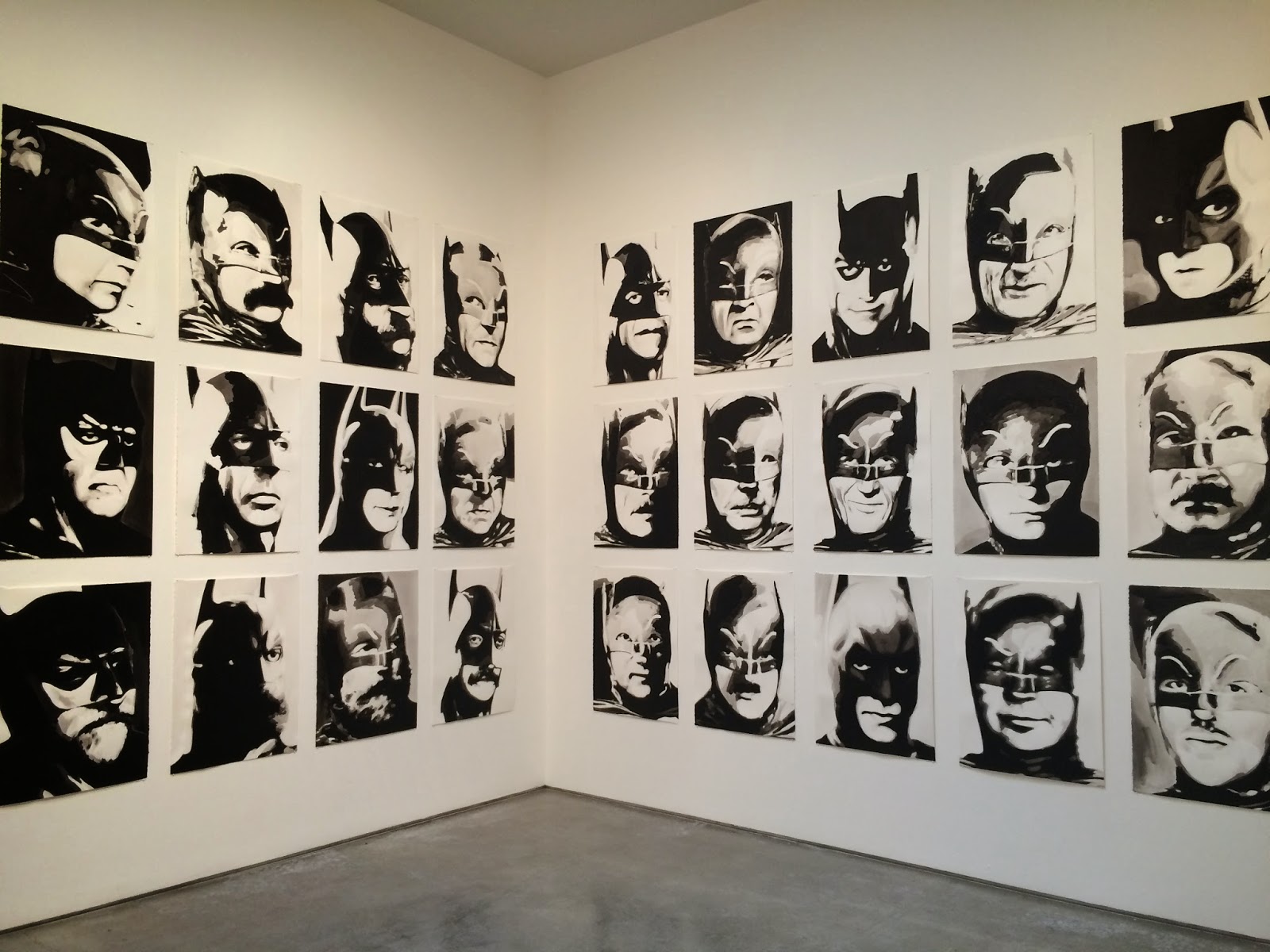 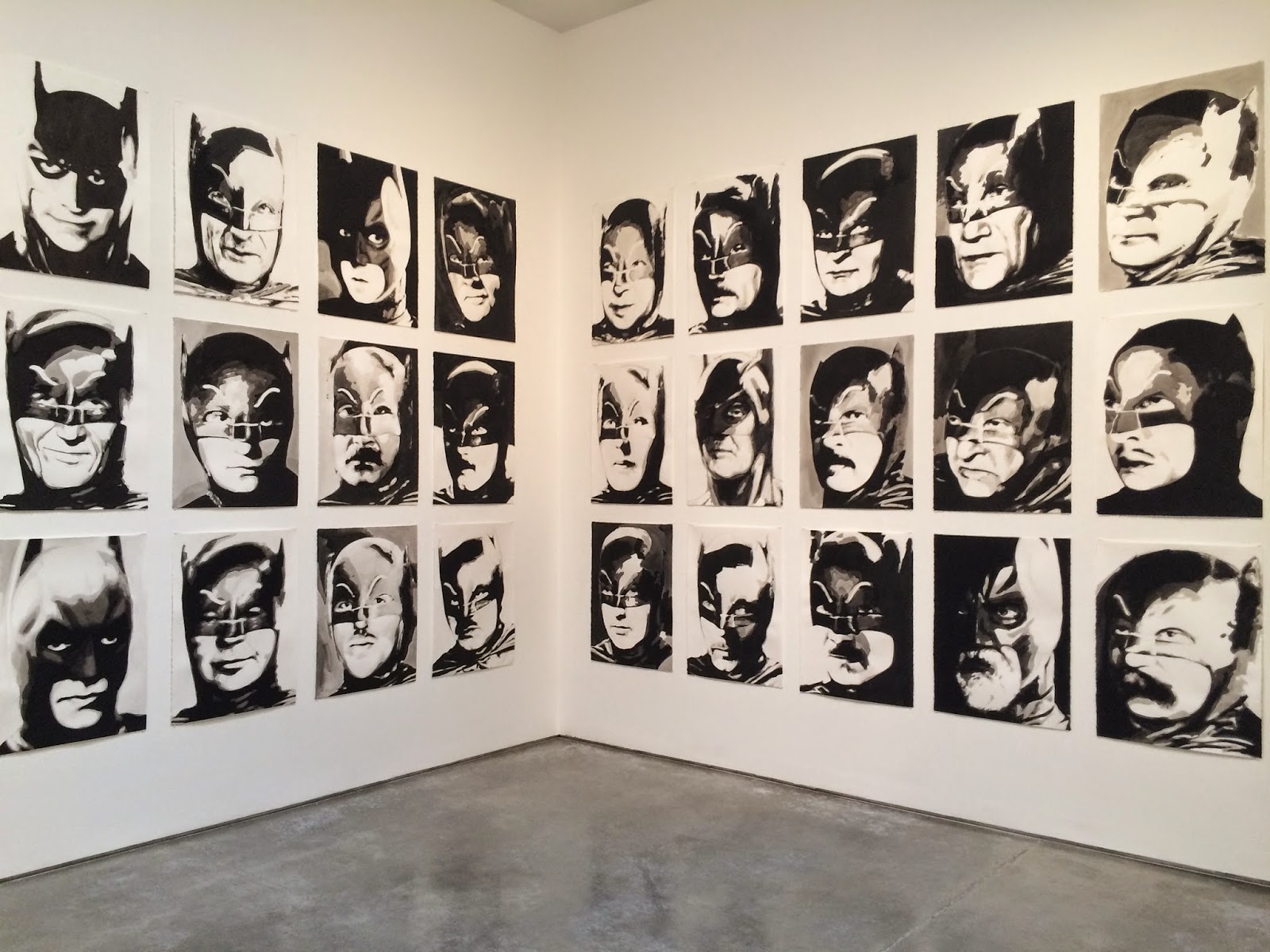 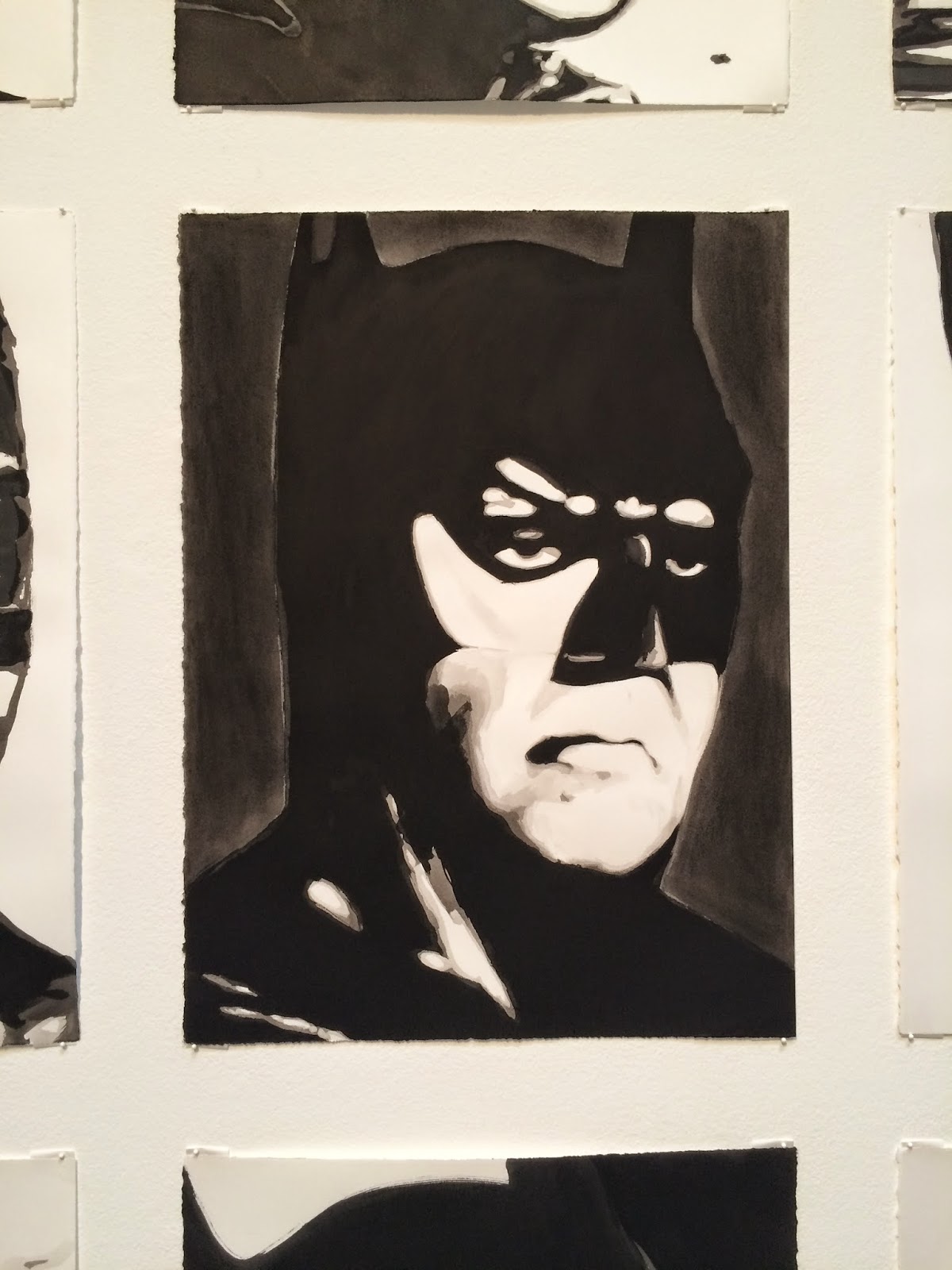 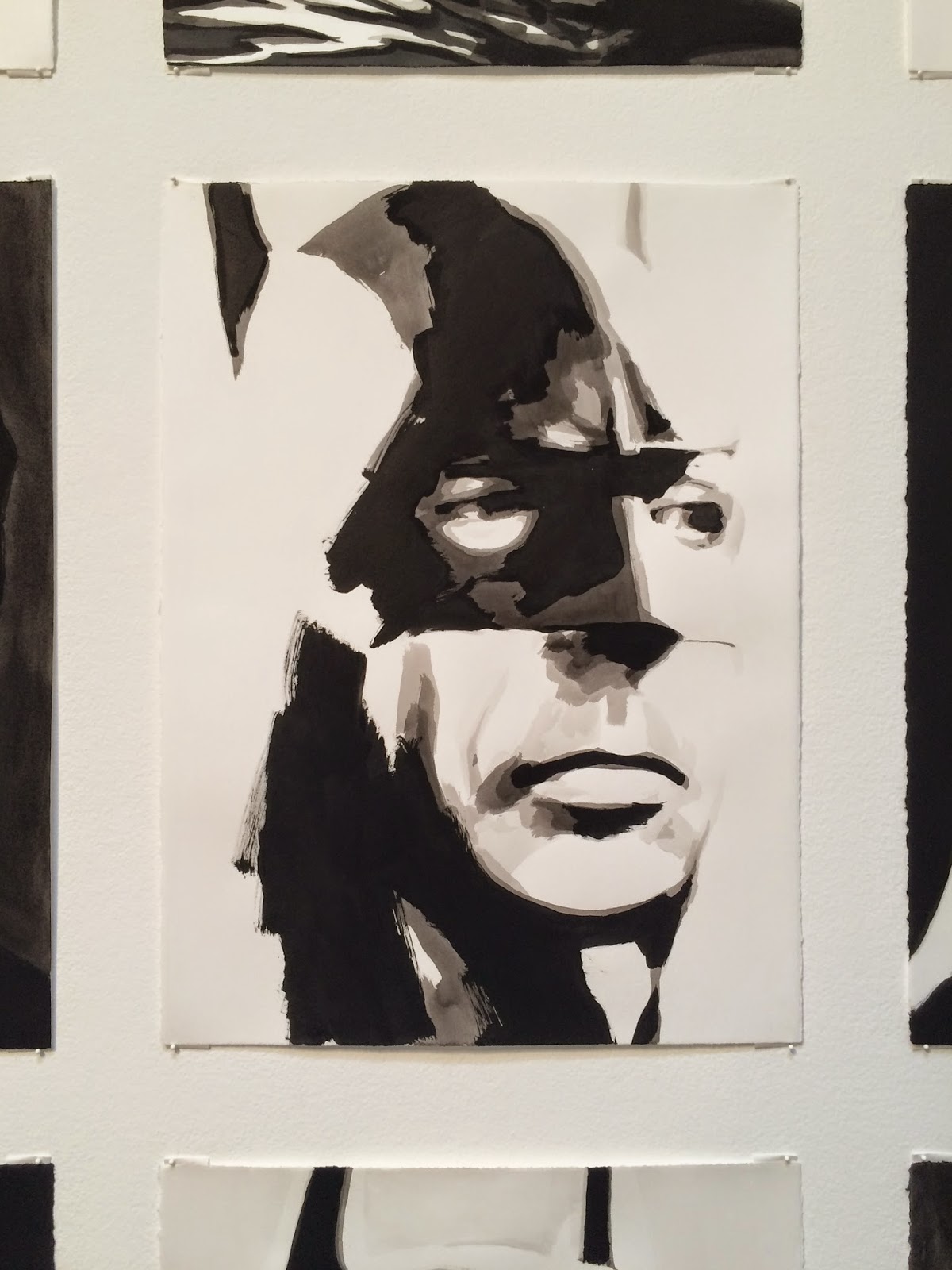 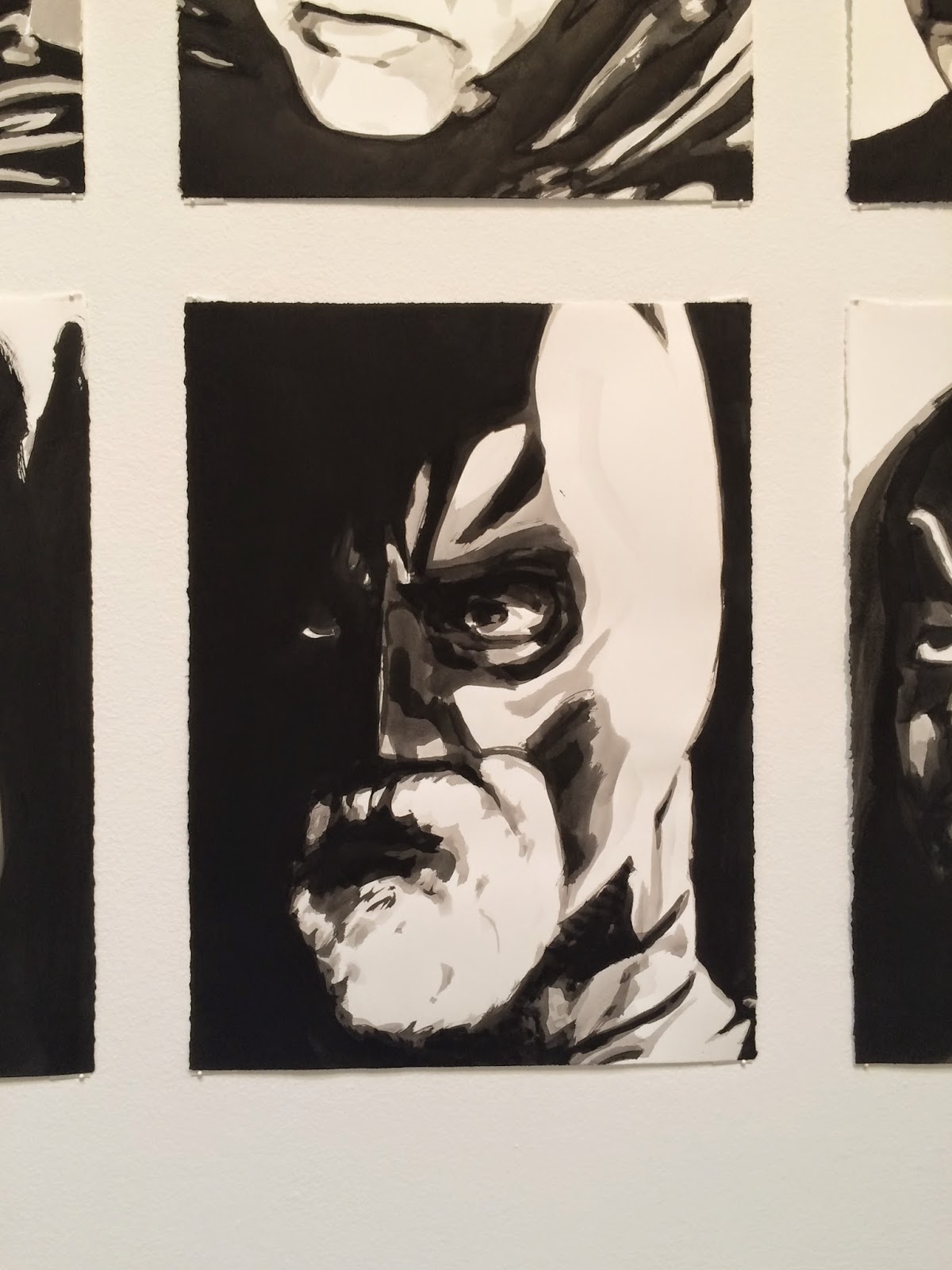 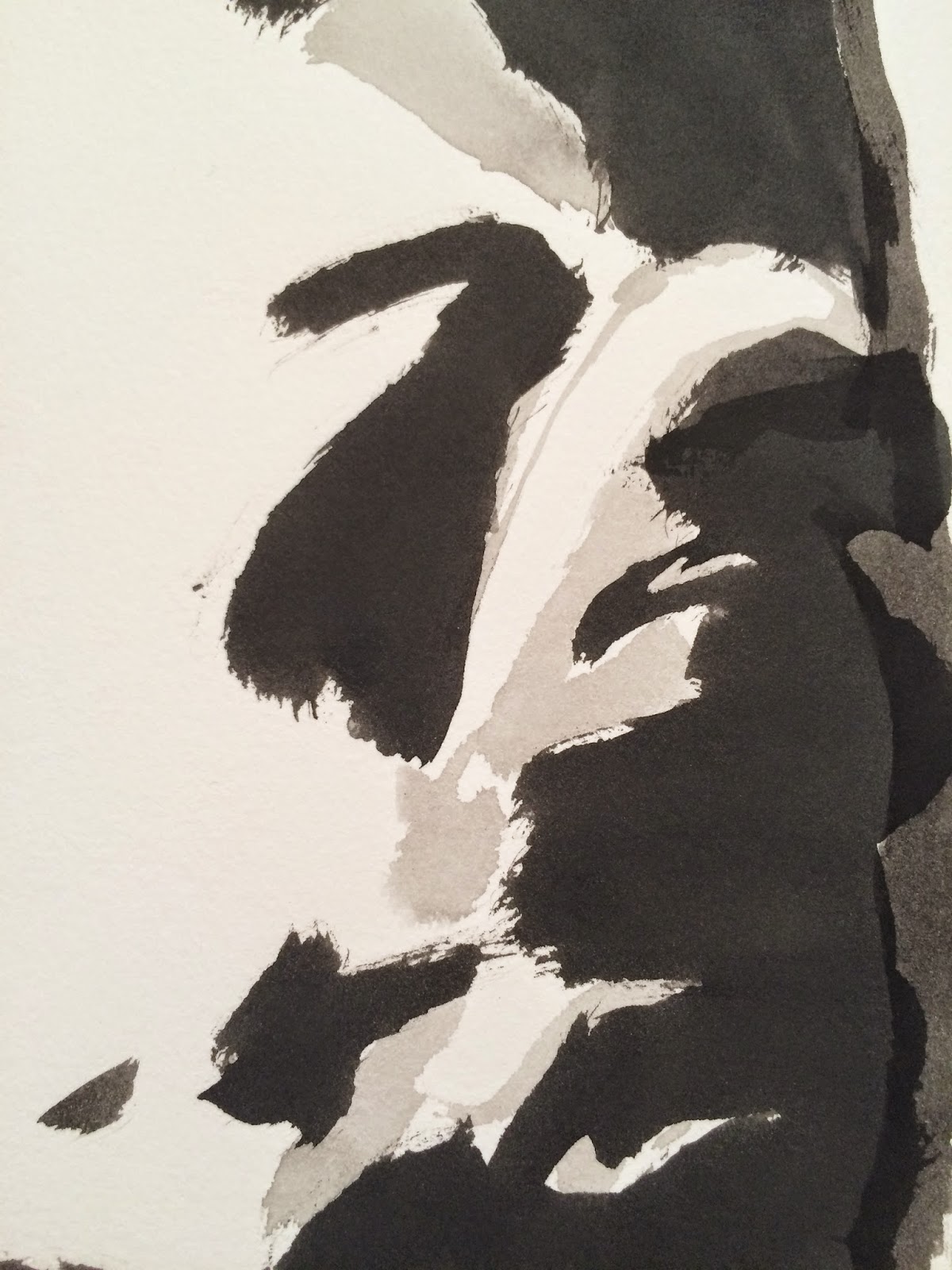 Mildly curious about Short's work when I encountered it at Christopher Grimes in 2010 (see here or better yet at  the gallery website Christopher Grimes), I wasn't surprised to see that not much had changed upon viewing this recent show (I missed the one in between from 2012 titled, funnily enough for my narrative, "The Excluded Middle"). For, even the title of this most recent show acknowledges the nature of the work and my thoughts about them.  To the point of painting, translation, and repetition, this formula seems to hold true and allow for as much (from painting to painting and from show to show).  Exhausting certain remnants of abstraction through such a process seems reflexively solid enough, though I'm not entirely sure there is much there (which, of course, I realize may be part of the message).  On these points about translating, copying, etc, I can't help but wonder how a conversation with Wade Guyton would go.  Both seem to be involved with a similar line of thinking. Granted, Scott Short has been doing it for quite a while longer. Not that this needs to matter, but it's often an interesting point to make when multiple artists are involved with similar concerns AND the work looks similar.

Unable to answer any more than that at the moment, I would only add that Short's portrait paintings of great twentieth century thinkers, all masked as the same super hero, deviates from painting as mechanical reproduction and loss toward something else. What exactly? I don't know, thought it was interesting to consider the relationship of values (literally) between the abstract works (mechanical and spare) and the figure heads (handy and facile with mid-tones to boot).  It was also fun to see which ones were which, and it's arguable that Sigmund Freud was one of the funnier ones. For whatever reason, most super heroes are shorn clean.  So, abstraction (potentially dark and deep) can occasionally give way to worthwhile humors and still maintain its argument about unknowns, especially with certain details. Of course, the homage portraits still seem to defer and lose something both in their collective repetition and within individual details as the last image above shows. Granted, the hand breaks differently than the machine's, though in Short's case, because he paints all of these by hand no matter their level of precision, there is a mechanical complication on both sides.  One refers to the other, and it's not immediately clear which is which.

If such deferral and abstraction was not enough in terms of what we were seeing in the works, the titles themselves, at least parenthetically speaking, refer to something else not seen in them, a color such as red, green, or blue (the triad that governs our body's optical receptors). Rather than resolving into a sensible viewing then, it left me with thoughts about the continued relationship of painting as abstract, mechanical reproduction between the seen and unseen, all as a function of technology.  So, I include this final painting from the show below, one which seems to be the most concrete imagistically, certainly in relationship to optical references.  And if we were to take a spiraling optic as its assertion, then it's also not hard to think about all-seeing red eyes. HAL 2000 readily comes to mind and so the rabbit hole of associations could go. 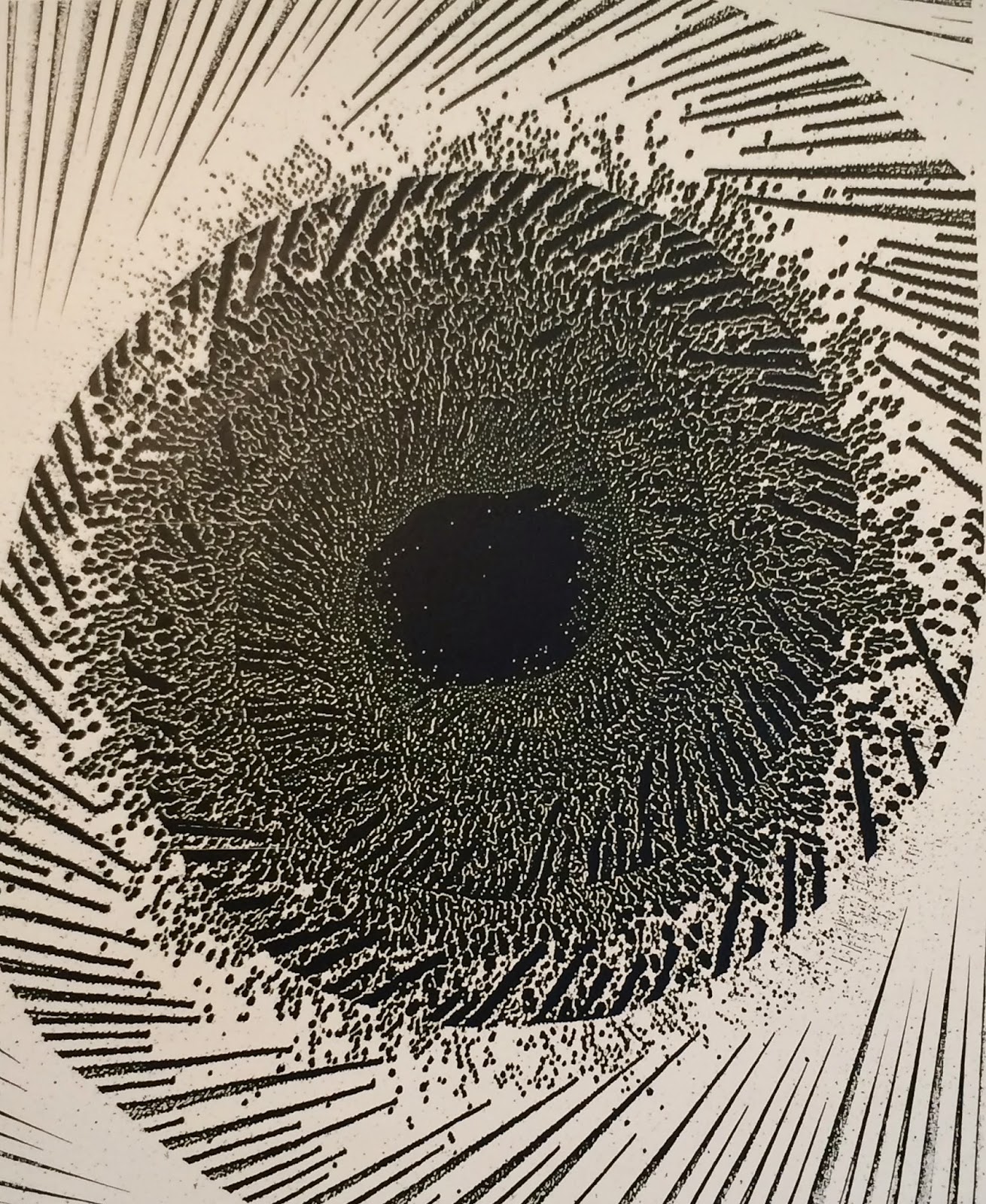 As a whole, I can't quite decide if I like that the exhibition of works (all oil on canvas, all in blacks and whites) does not cohere visually so much as remotely, conceptually, abstractly... For me, ultimately, I think I would rather contemplate mechanical shifts and other possibilities in these works  (also in relationship to other living artists working on similar notions) without such concrete optical and masked references to determine scale spatially (the "landscapes") and temporally ("the portraits").  Of course, in another way, it's not a bad terrain to wonder about by their contrasts, certainly given the times of the lifespan of this artist (and others seduced by such re-productions).