Piero Golia "Suddenly, in the middle of the summer" @ Gagosian | Beverly Hills 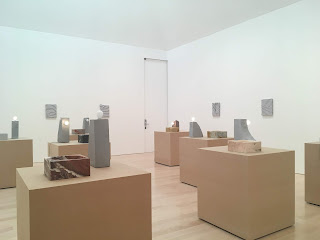 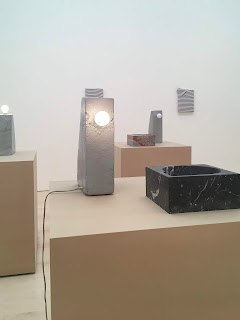 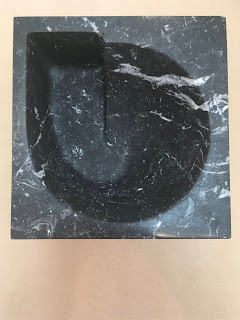 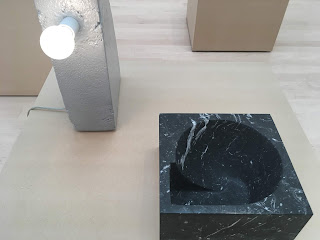 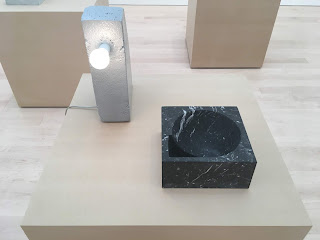 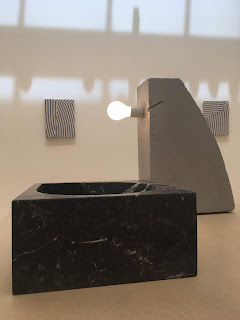 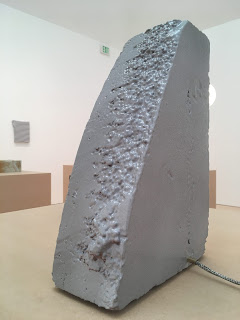 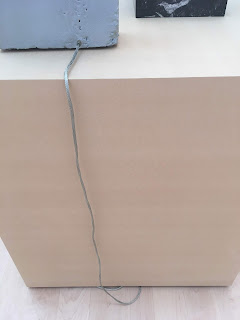 Interesting that for the works on pedestals, they are paired in such a way between upright light and its supine counterpart in heavy/dark. Lights, mediums, and dark which may also lend itself to saying light and dark media or even light and heavy as issues of concrete mass more so than phenomena.  Whatever the case, the contrast in terms along a continuum between such differences (lights and not lights, verticals/horizontals, et al) is played with here as it pertains to domestic living, certainly no shortage of formal and functional balances ensue.  Instead of fruit bowls, I thought about Golia's pool project in Santa Barbara however many years ago; that was 2011 for Museum of Contemporary Art Santa Barbara's (nee Santa Barbara Contemporary Arts Forum) "Home" show.  There are multiple posts here on dayoutlast. Unfortunately, none include Golia's swimming pool because it was unfinished at the time; from what I have gathered online, it is complete and usable. See images   below. 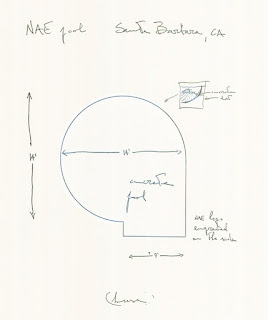 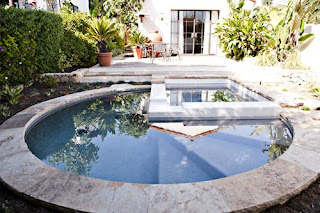 Swimming, indeed a great summer pastime, this one is not so much about child's play or fitness laps but rather a continual, spiral stepping down and up, much like the back and forth between light and dark, horizontal and vertical, and possibly an allusion to the proportions of beauty, the golden ratio,  the inward and outward turning helix.  Certainly, a restlessness abounds, especially as summer heat reminds us of bright light and empty pools, or should I say fruit bowls?