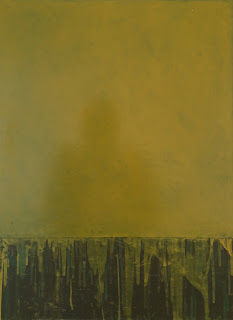 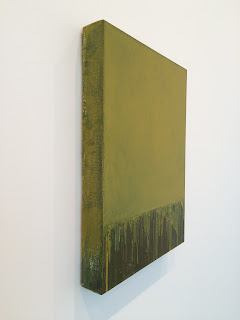 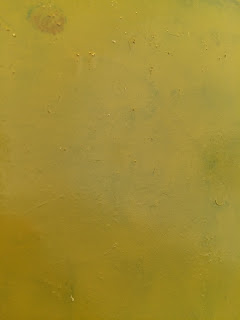 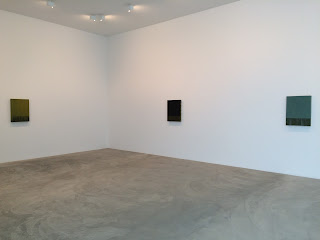 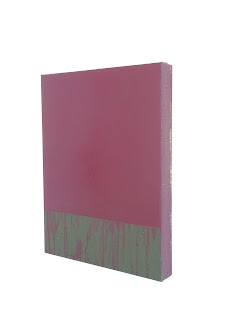 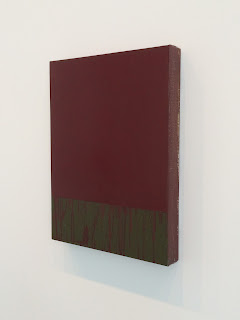 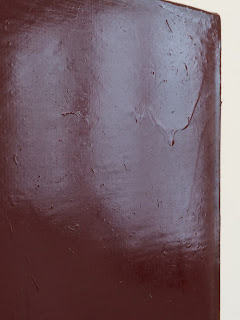 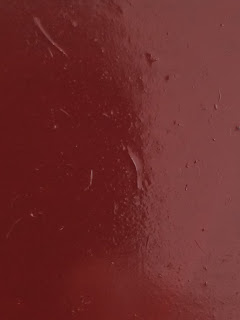 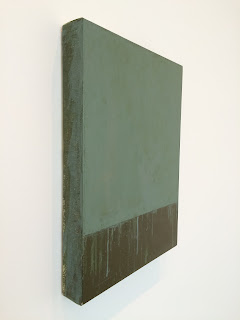 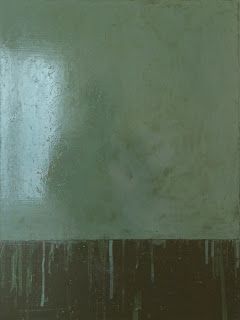 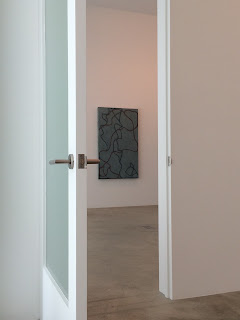 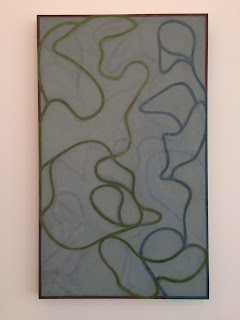 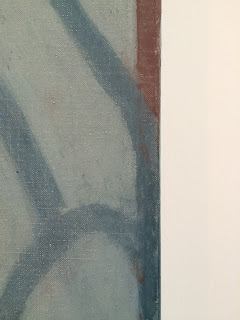 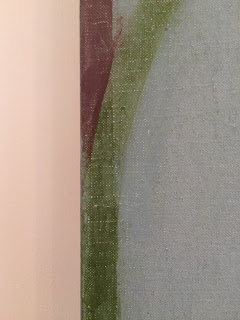 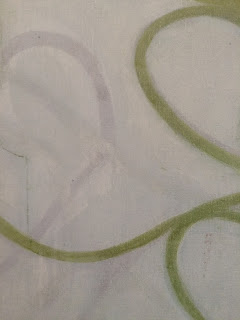 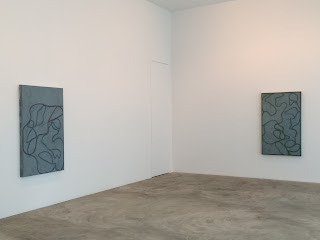 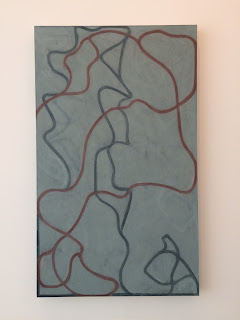 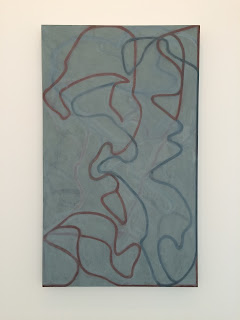 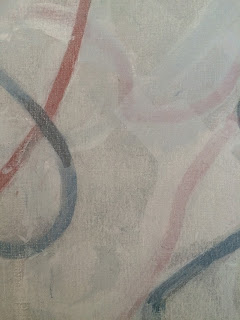 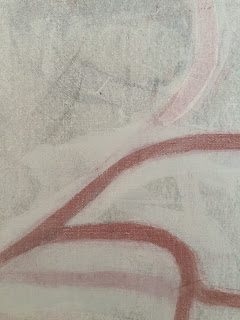 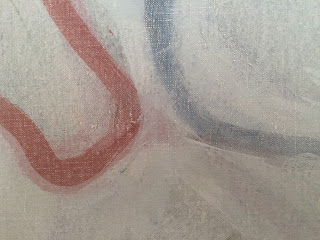 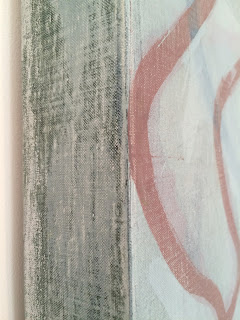 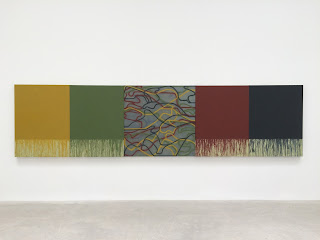 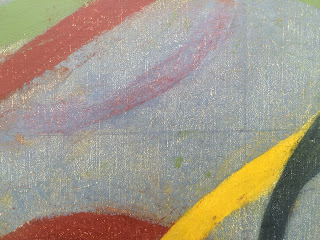 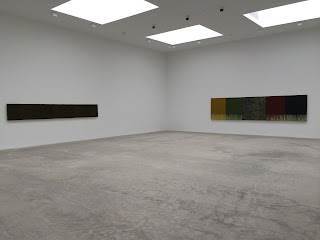 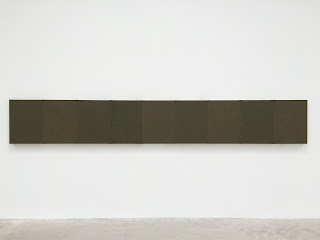 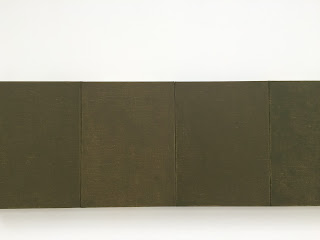 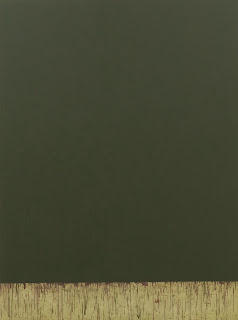 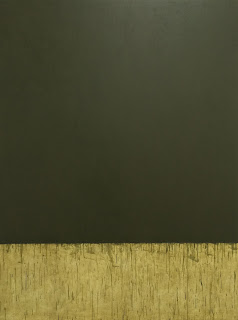 Color as field (Sky/land). Drops relate to the lines of the grounds. So, a dynamic surface on which to stand in relation to a more or less homogenous atmosphere beyond. Like dust on our lenses (optical and photographic). Window and door. Washy and matte. Translucent and opaque yet no real registration of light via contrast, for example. Just dull haze.

Varying degrees of bound, boundary and boundless as curved lines, align or transform into straight either by outer frame or some other ricochet. Like waves in a pool.

Interesting to consider titles in light of shape and what drops below. So, upper "squares" yield downward and heavy (gravity) bottom section. Reference to color is very broad. Red more like maroon; blue more like gray; yellow more like yellow-green. So, internal idea of color more than actual perception.

Confluence of pigment AND optical "primaries." A vague notion of light as reference, but again nothing perceived. Blinky Palermo did a piece that I liked which synthesized, by inversion, the relationship of line and plane. With Palermo it was in more direct reference to architecture, the edge and facades of space.  Here, a less obvious reference is made, though what's central could be thought about as internal dynamism surrounded by external stasis upon slippery ground. A personal sense of space looking forward seems to be place. Micro/Macro circuitry plays out in five parts, a classic narrative structure, here where no story applies. No question, the horizontal is important, seen within four panels as much as the whole. And one can it in the central one, as a pencilled grid reveals more than just horizons. Sections relate to sections yet nothing, ultimately, coheres.

With colors like these, seasonal references reinforce change (not to mention works that span five years in the making). Certainly, not the uprising colors of an Ellsworth Kelly, another artist also given to simple shapes.

Not bad viewing on a drizzly, overcast day such as this one.

Second Thoughts:
Neither squares nor specific colors according to titles, "stele" does conjure meaning as we understand such ancient Greek grave marker as vertical, monumental slabs (heavy, dark, brooding...). A persistent existential ennui seems to pervade these works, as some that have come before.  So, what then?