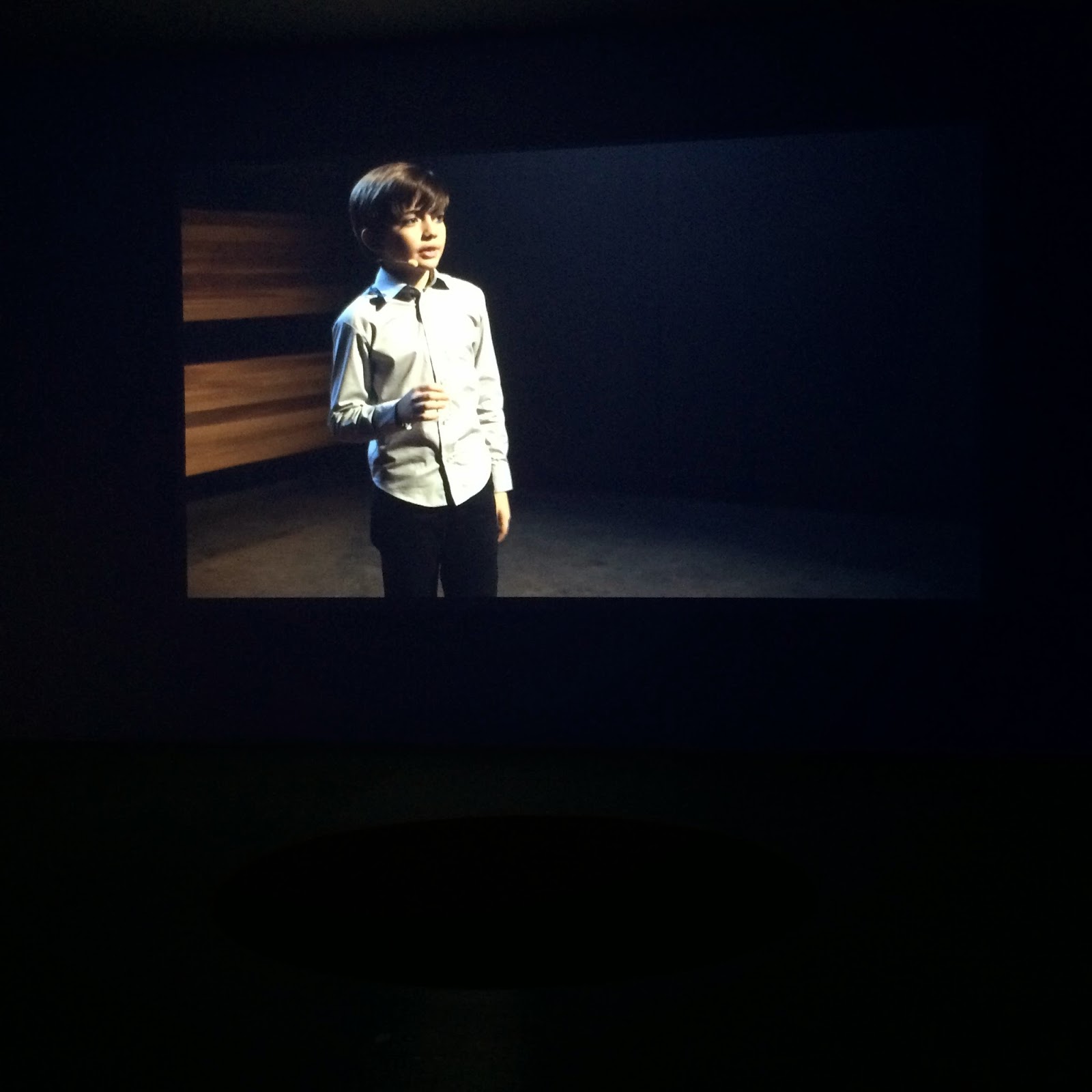 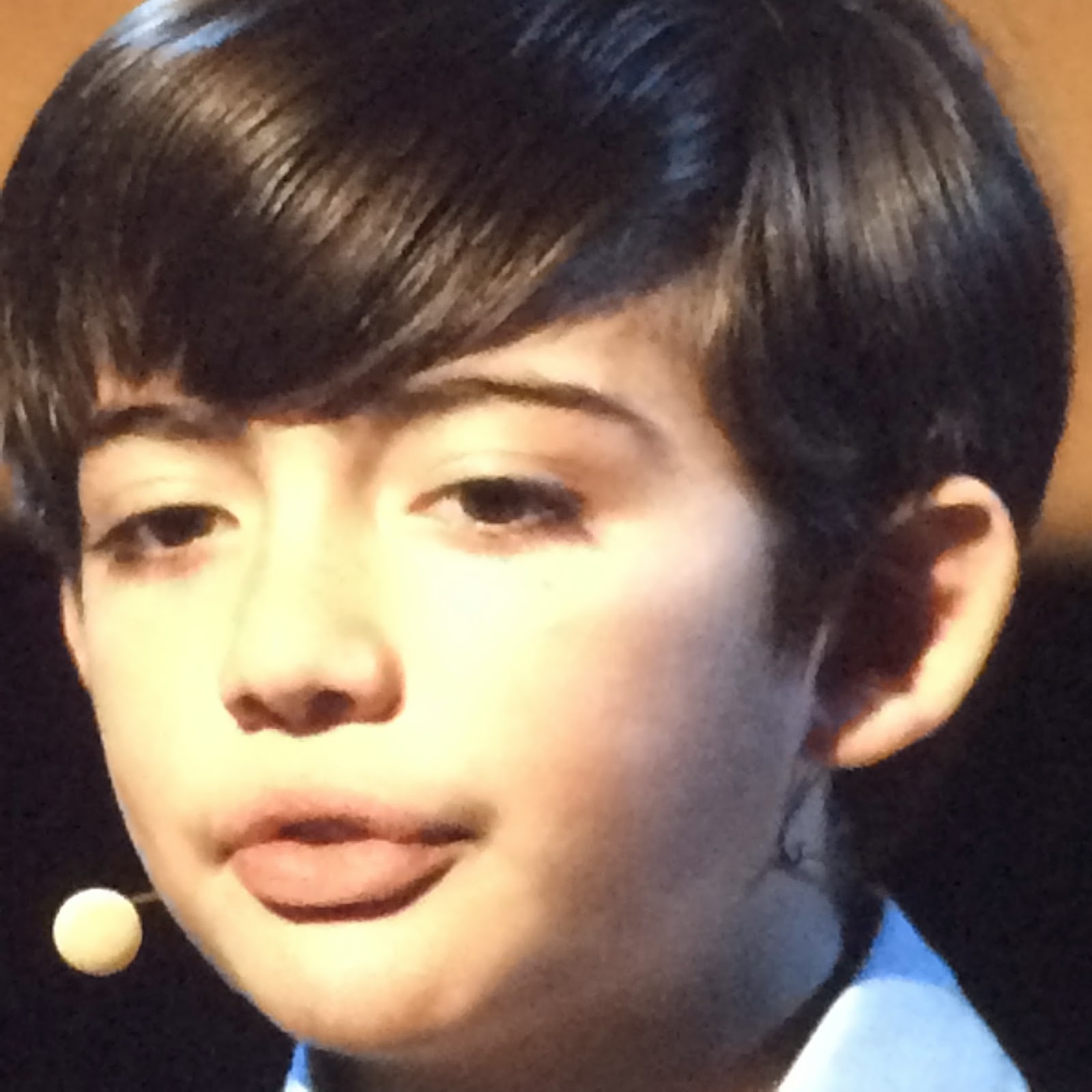 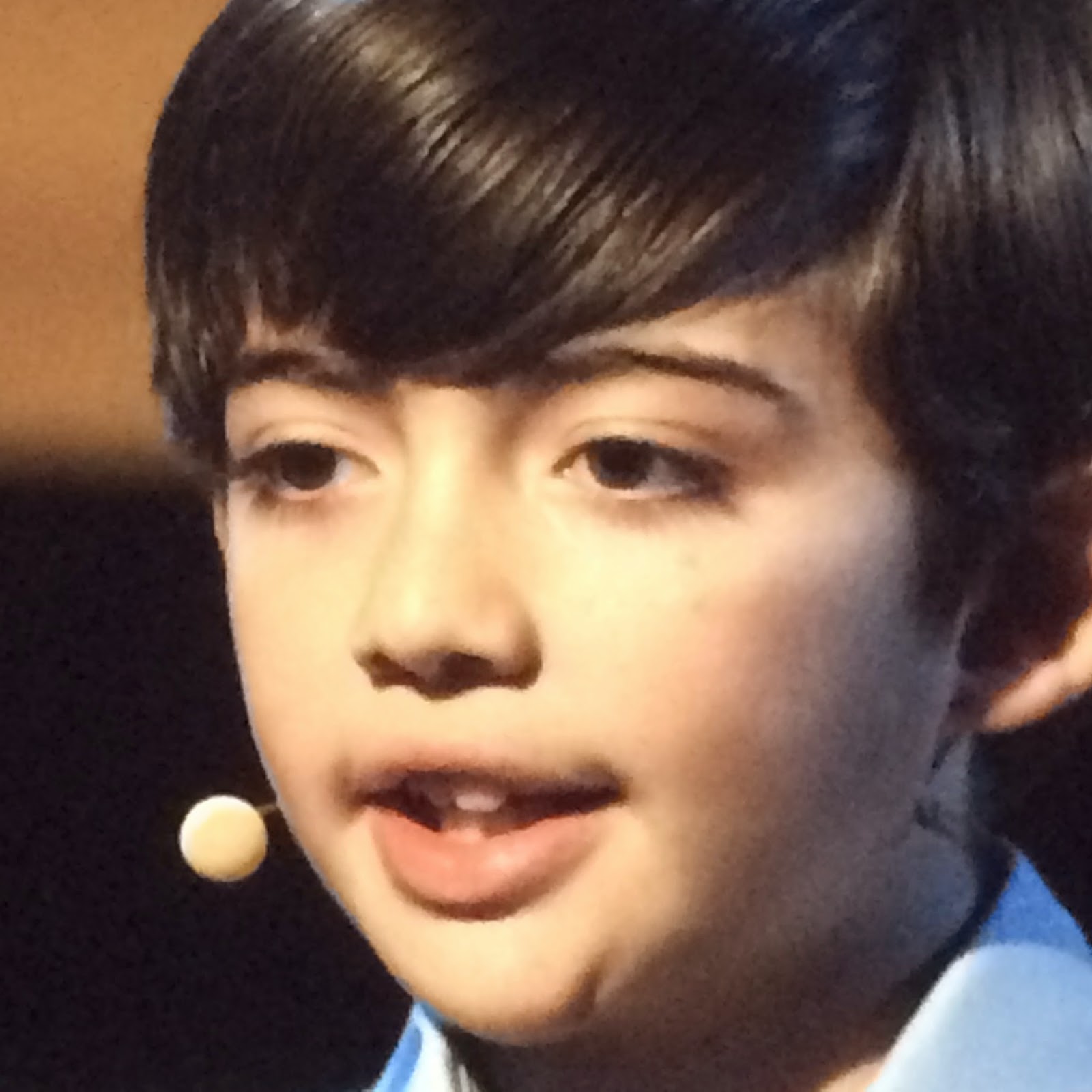 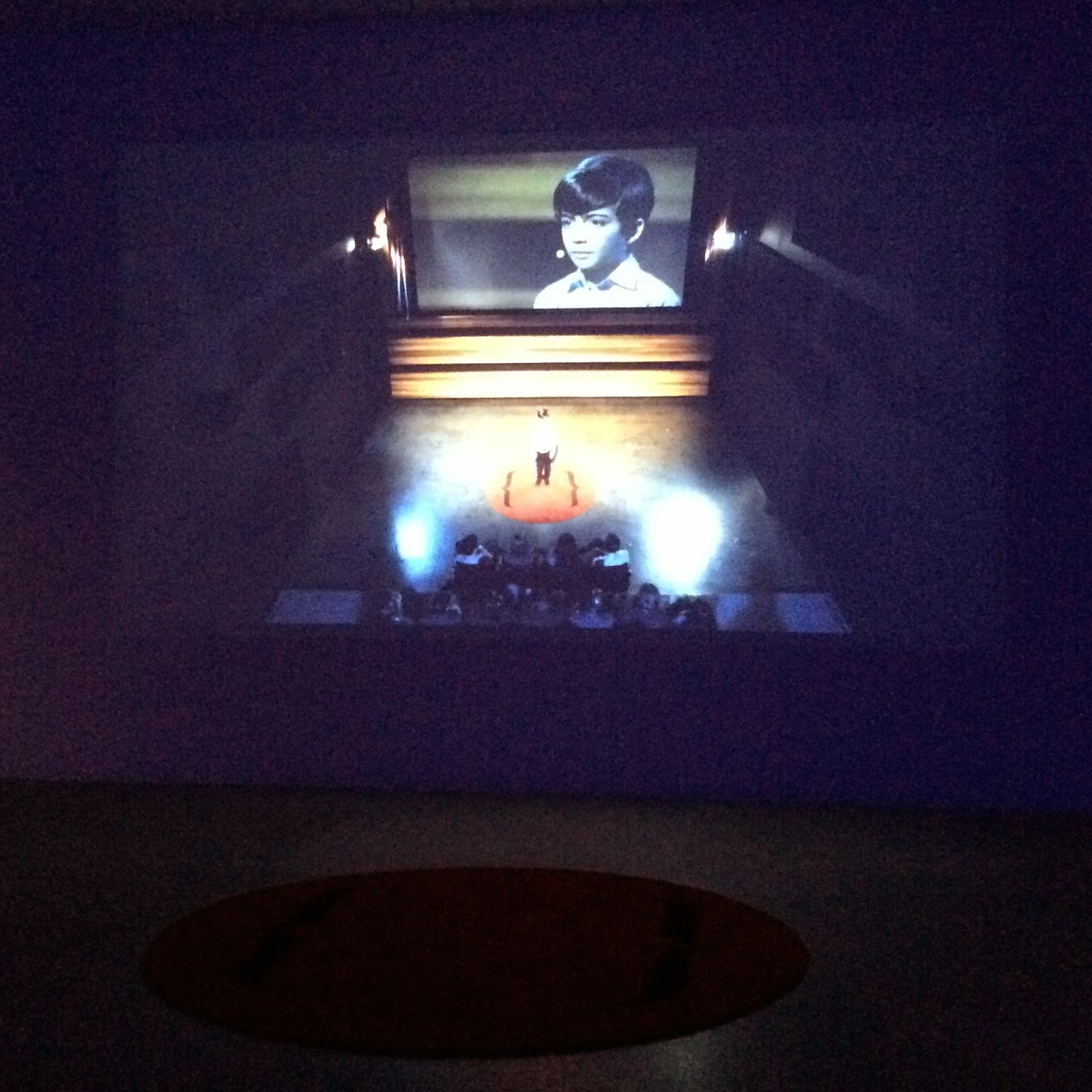 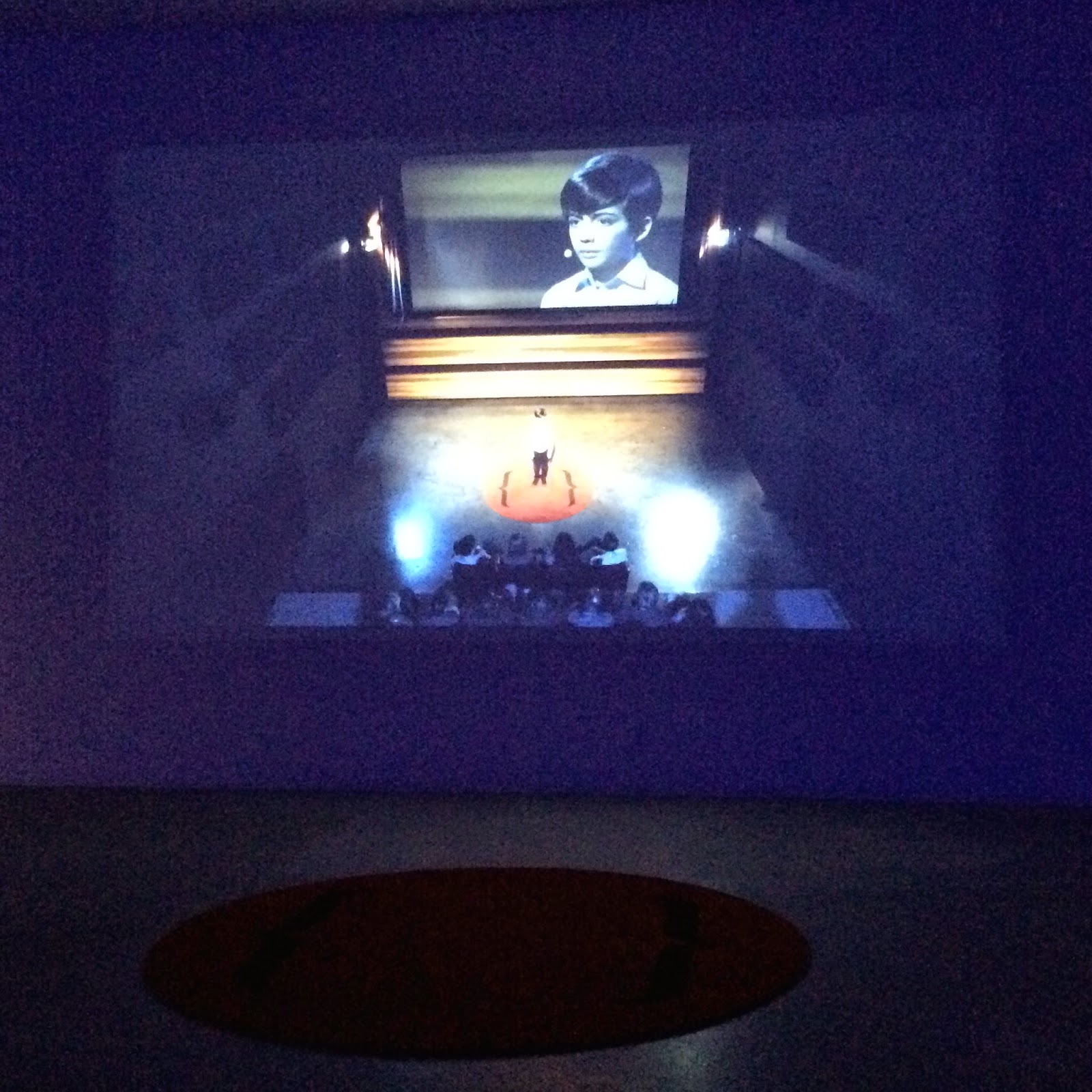 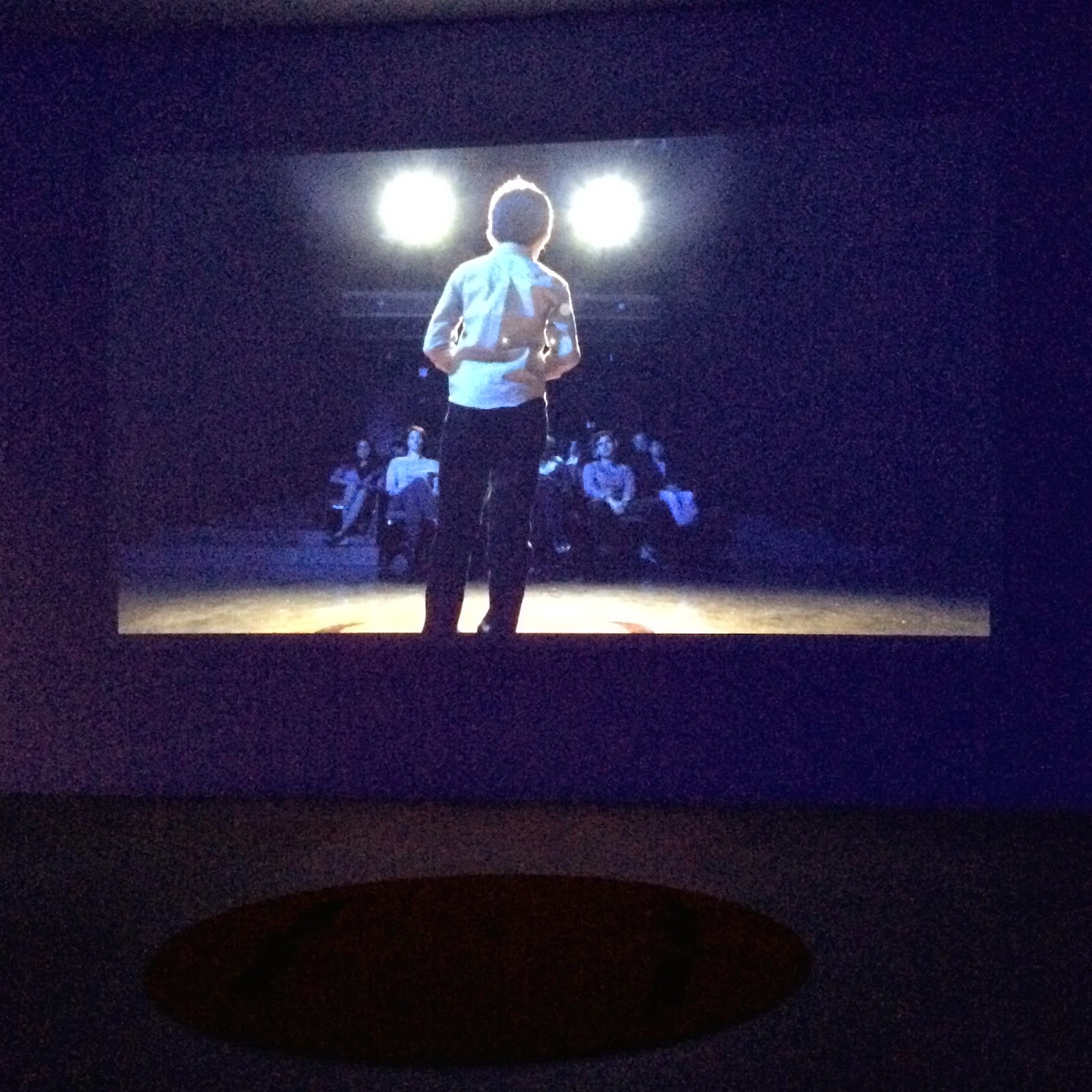 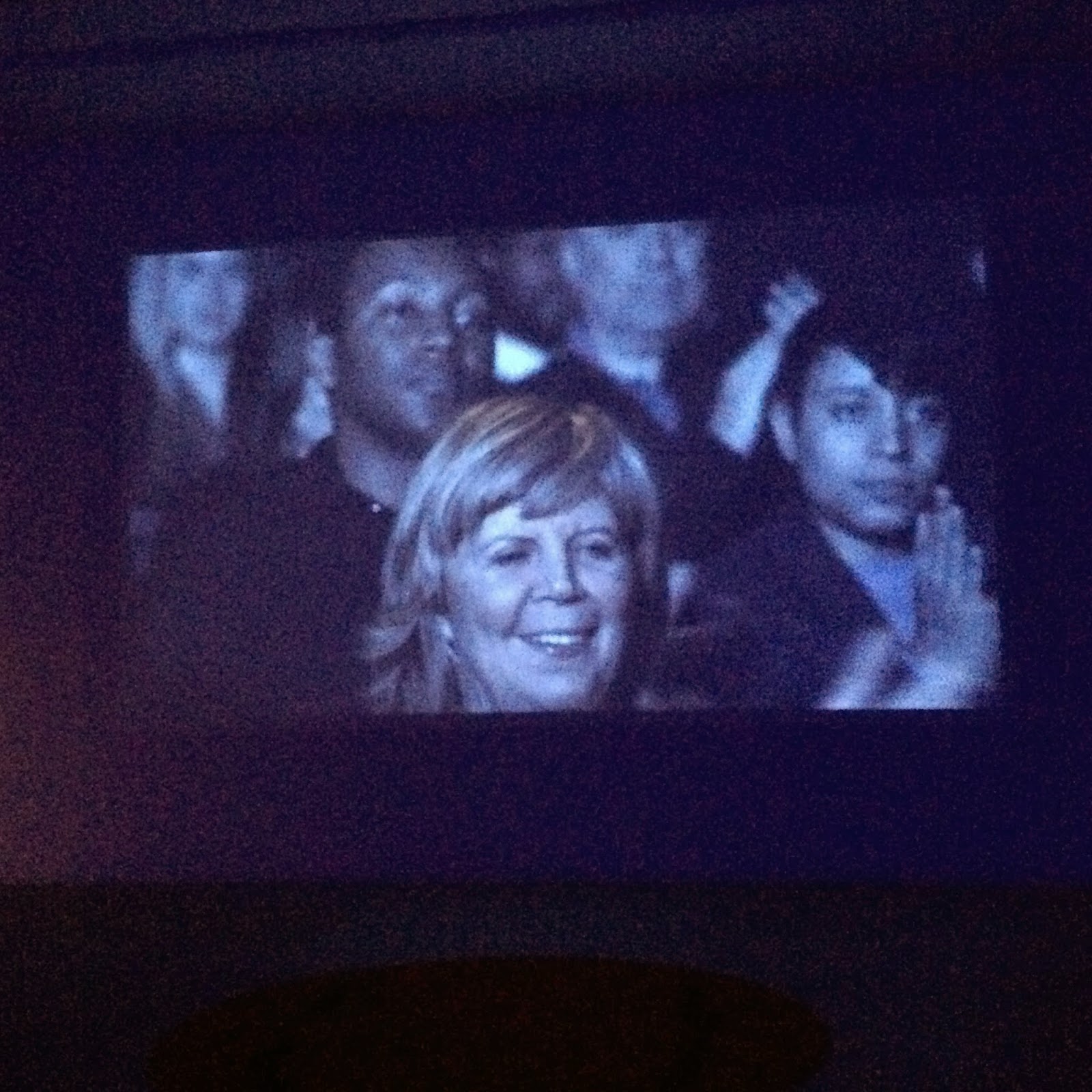 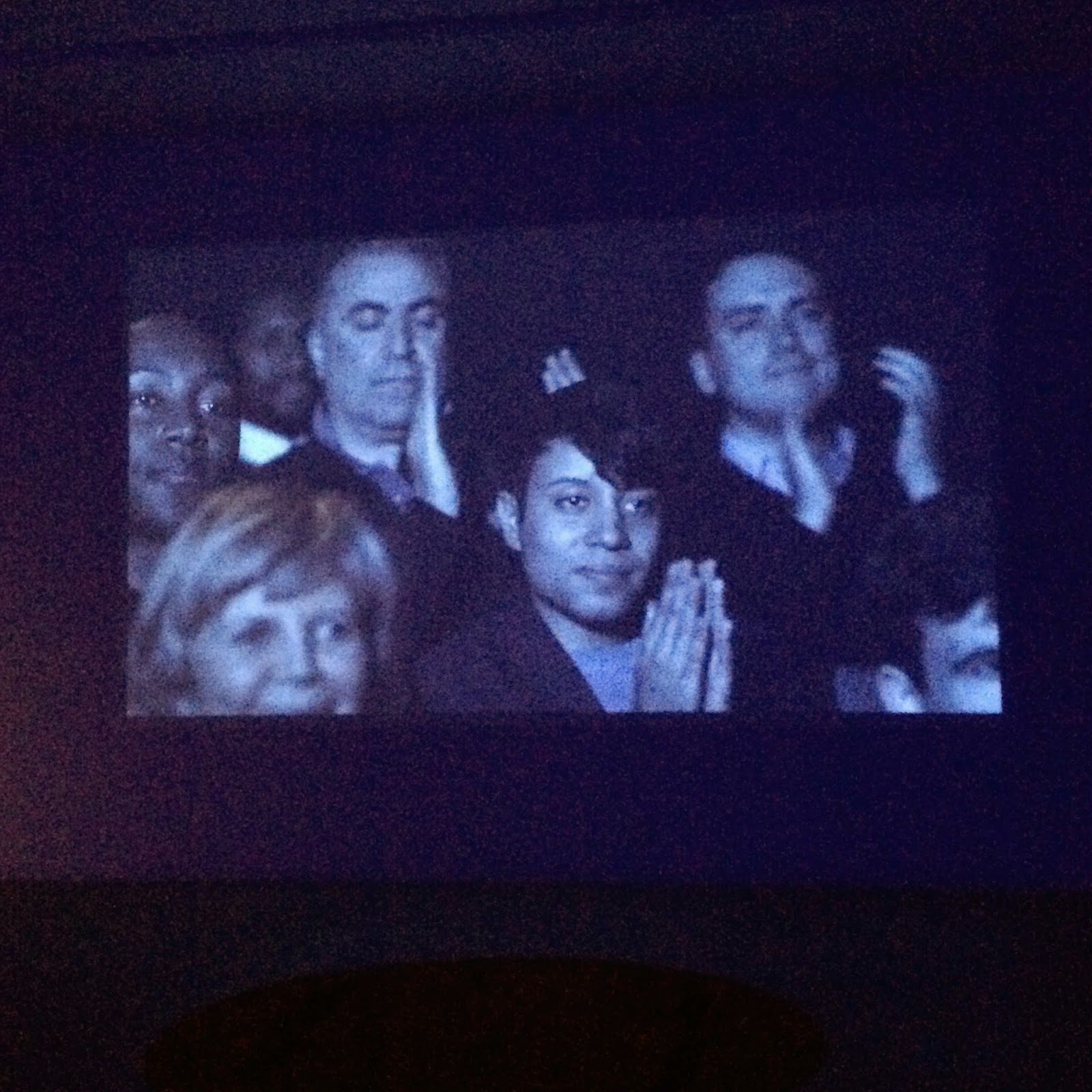 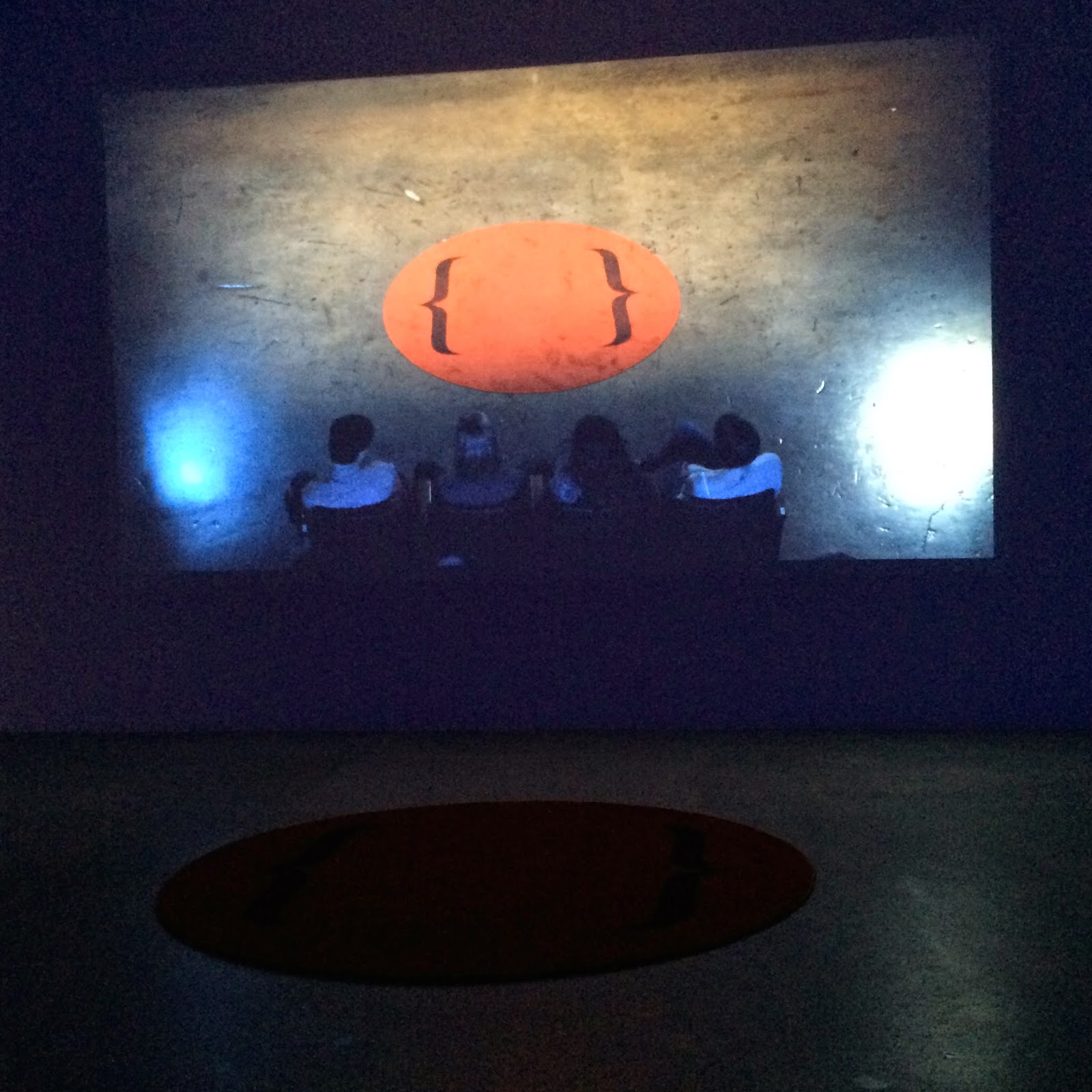 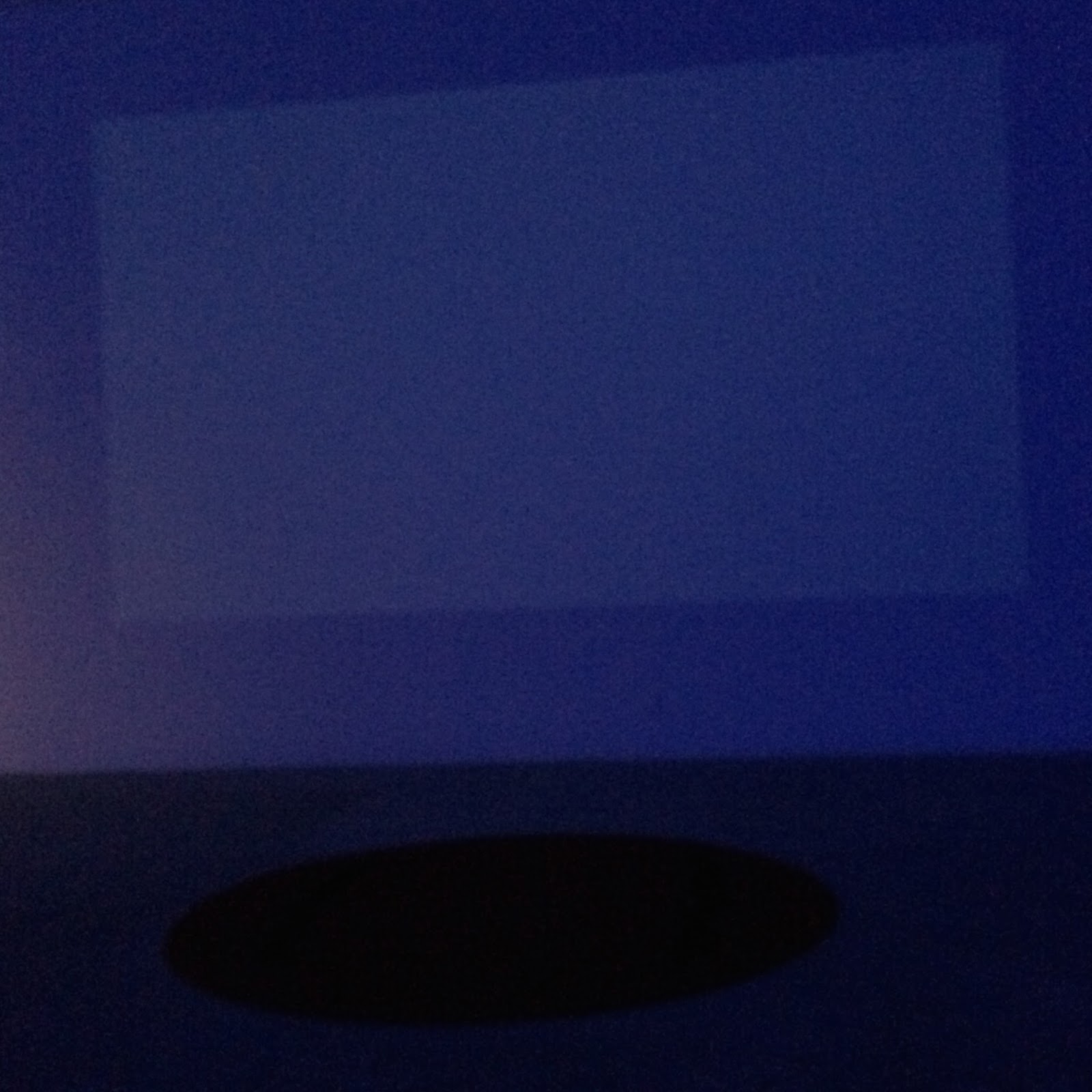 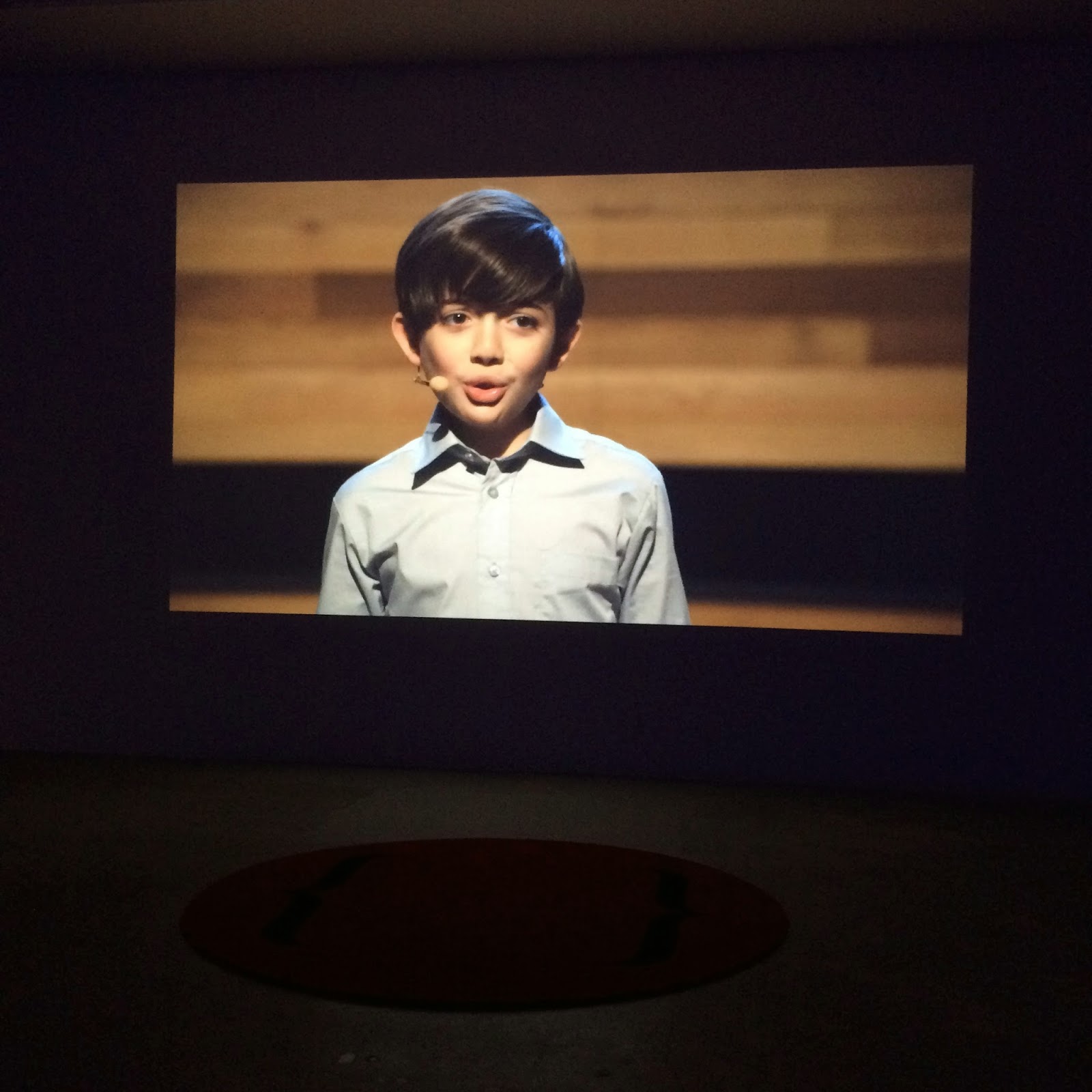 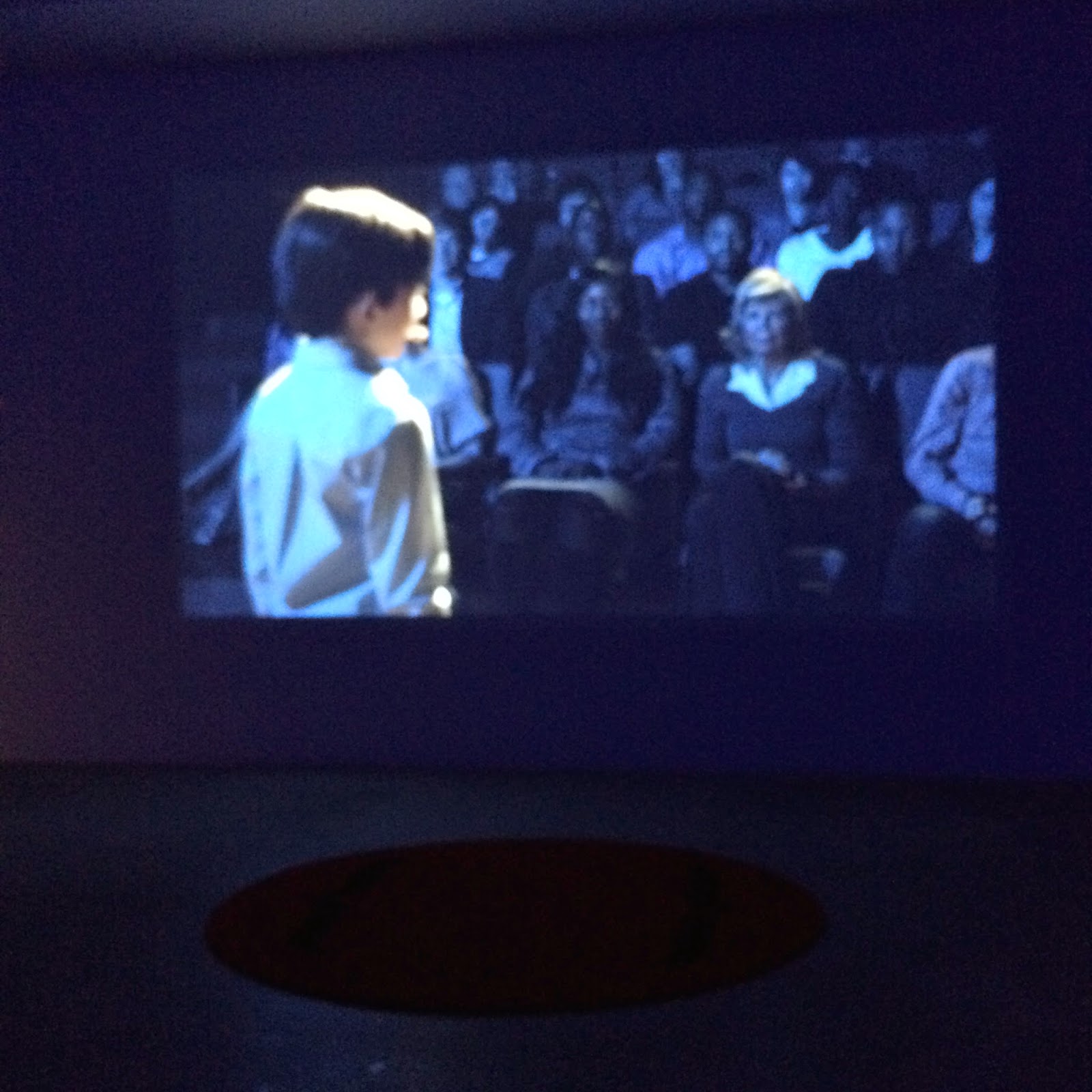 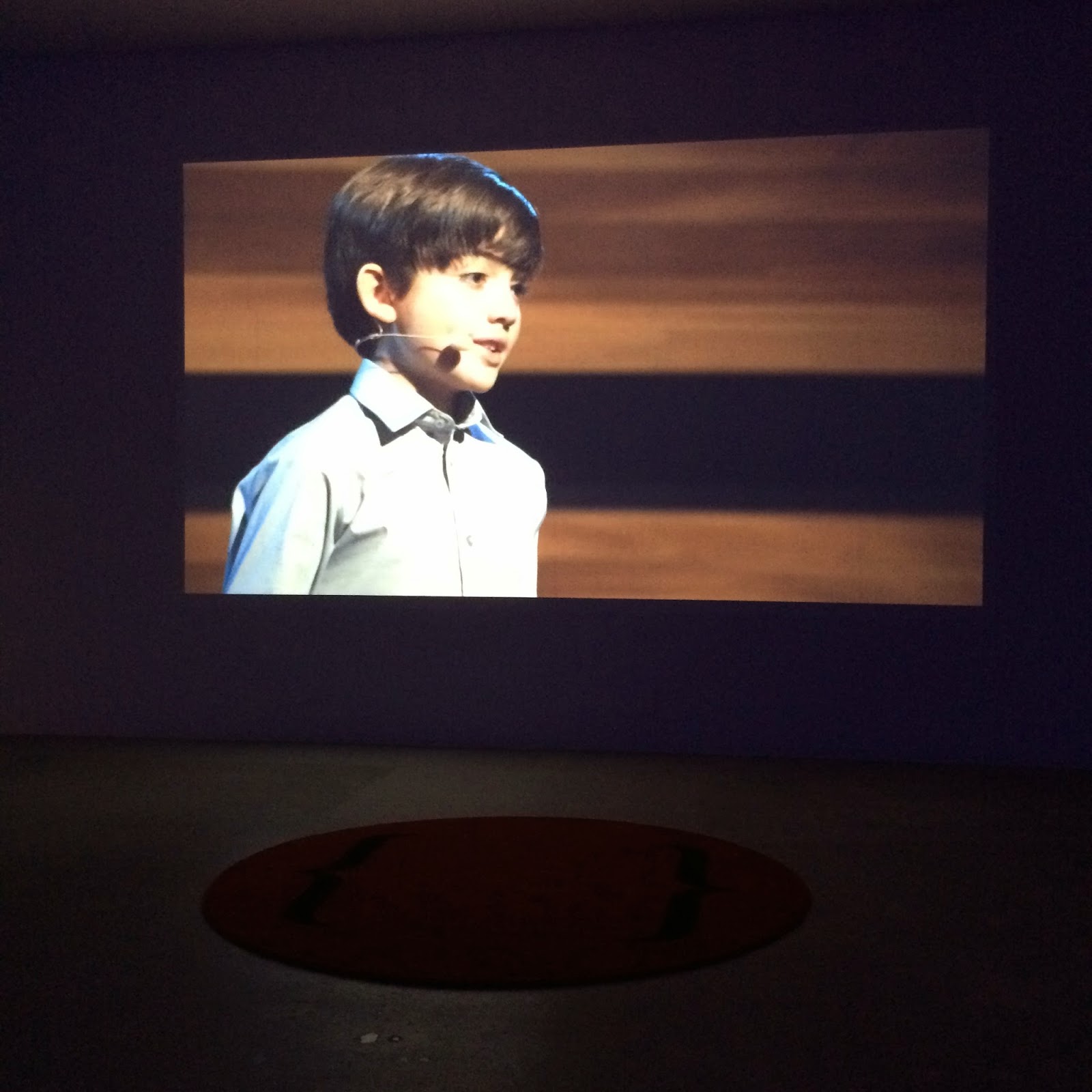 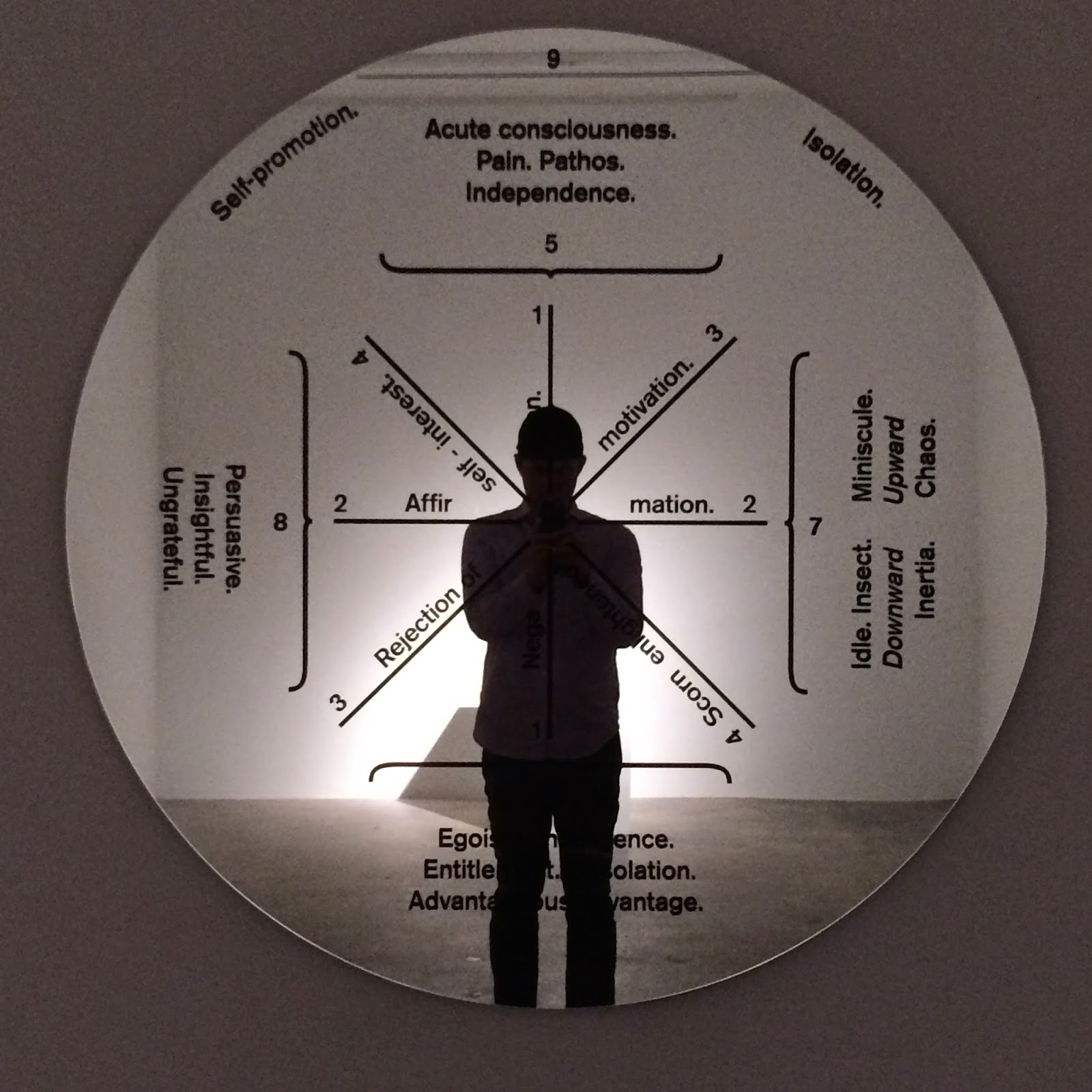 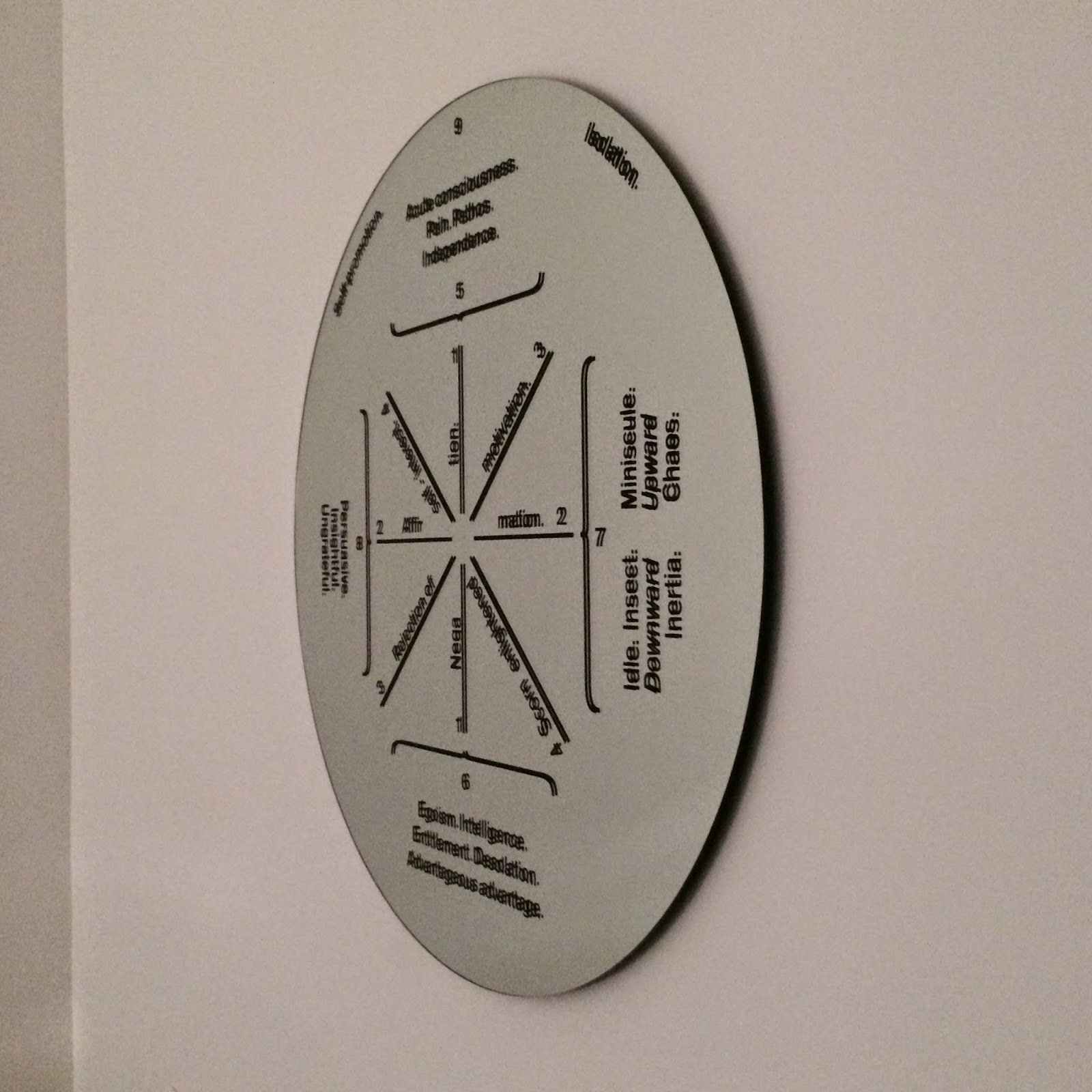 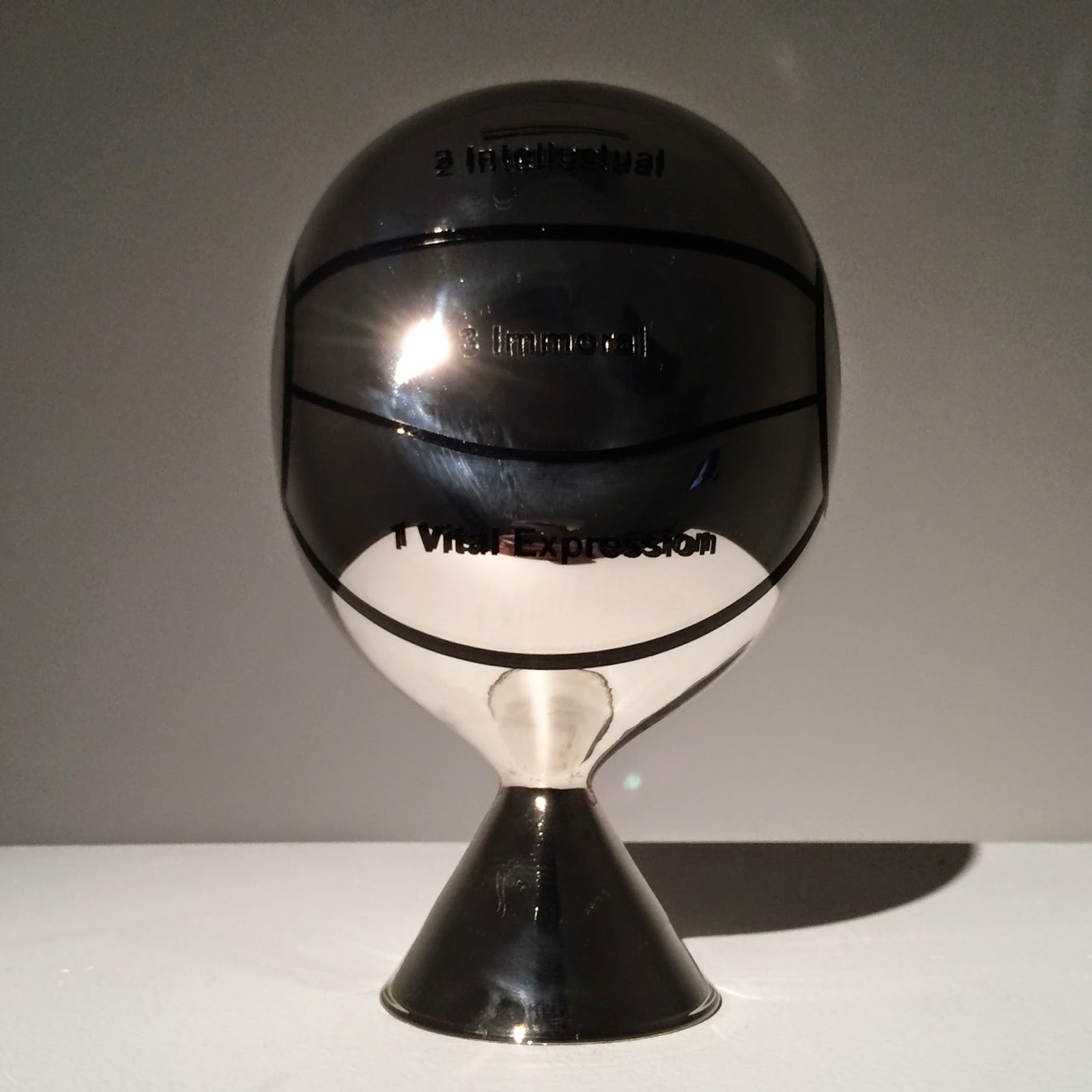 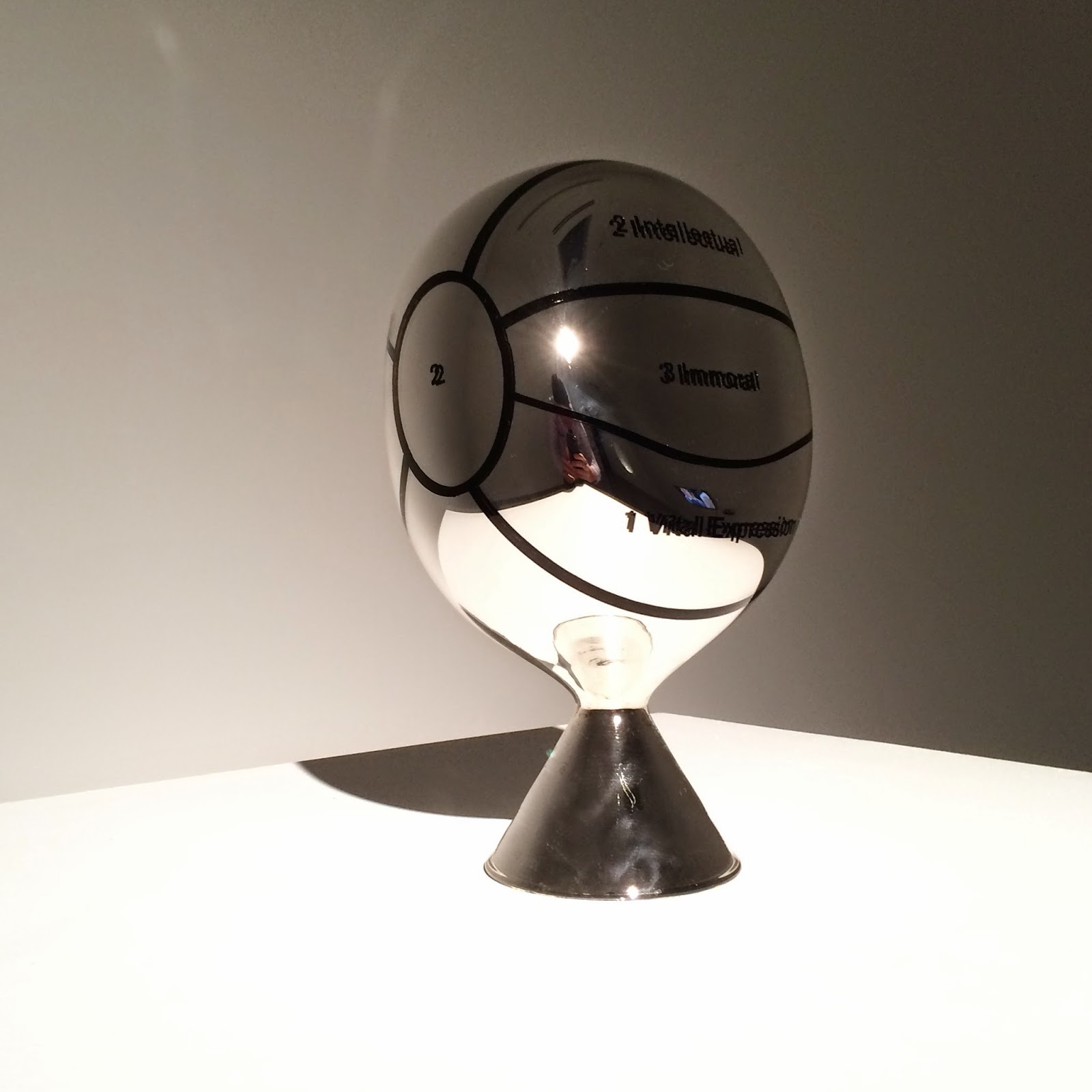 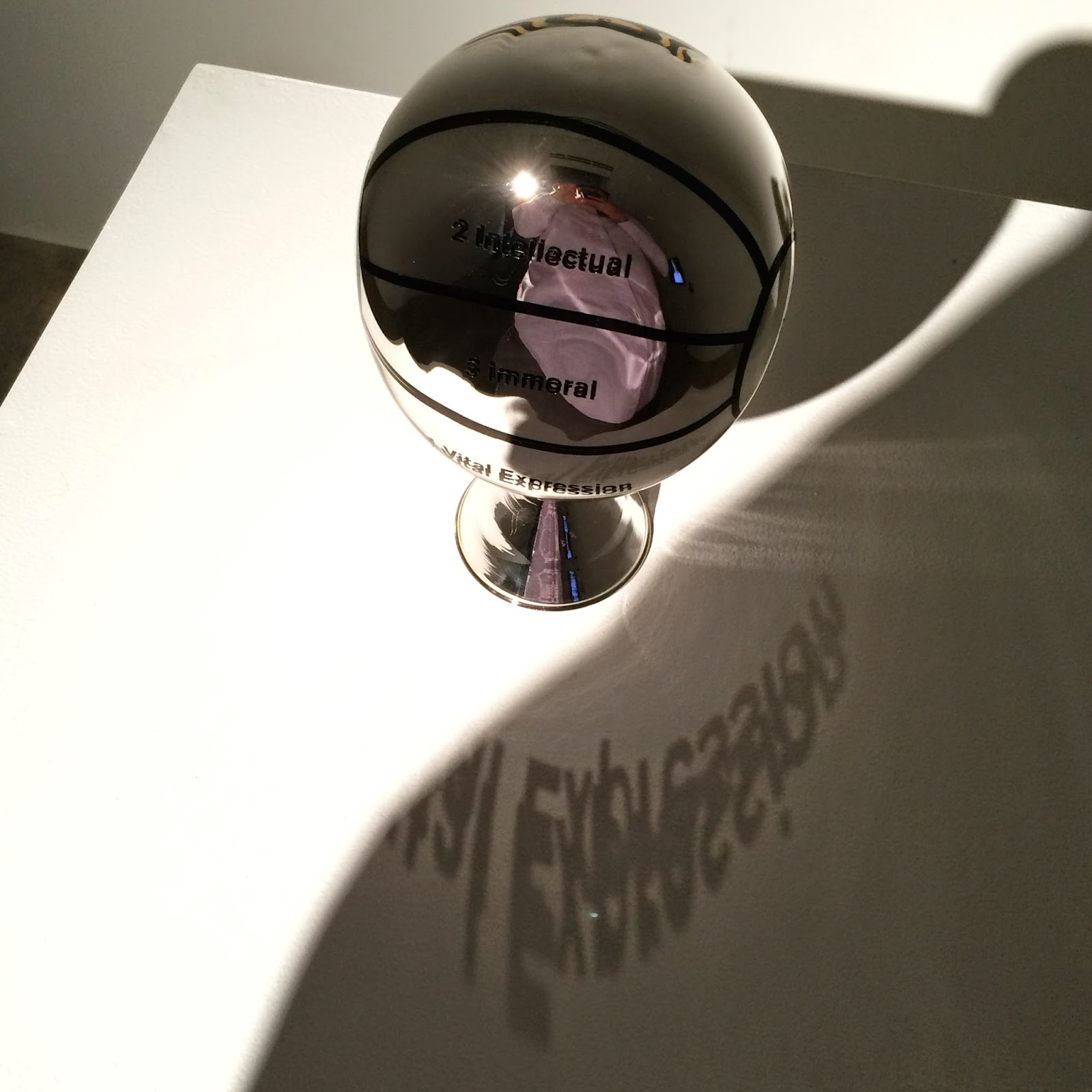 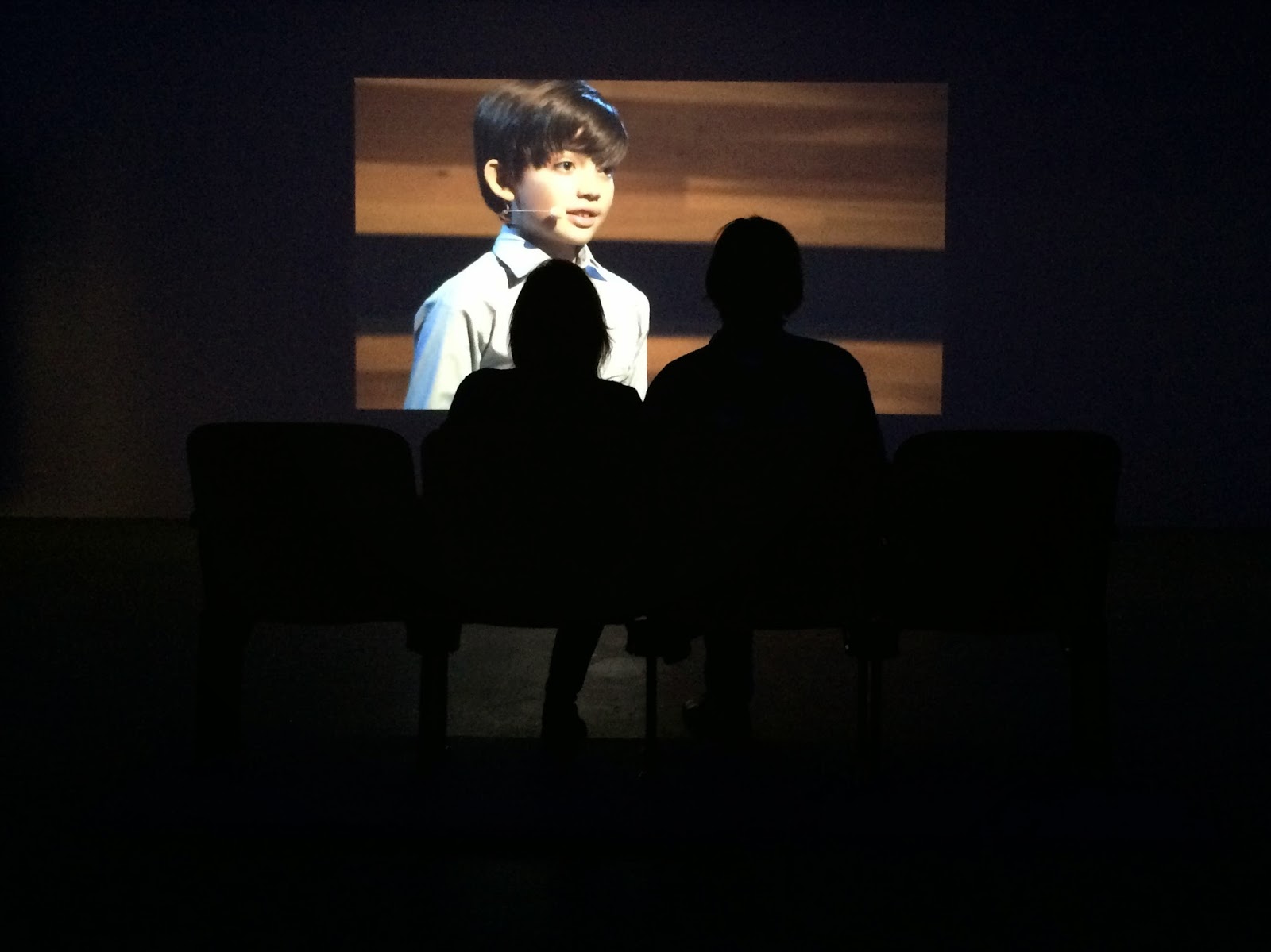 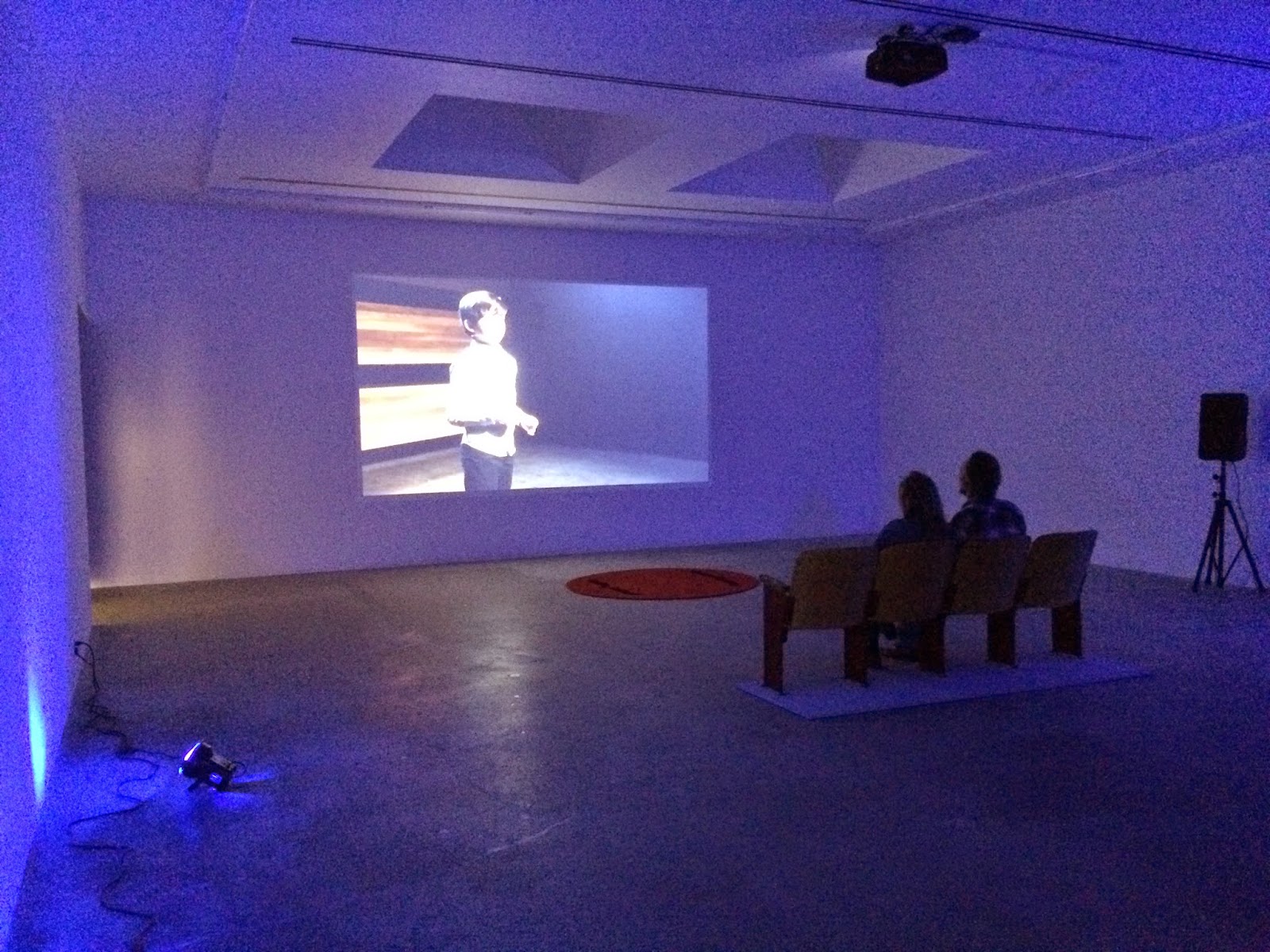 Philosophical questions from the POV of a child, a less-experienced human who delivers speech, a speech with poise and convincing conviction...  Attentions are held by such subtlety as humor then pause.  In this instance, it's a voice that a mature audience just might actually be listening to.  Complications of viewing based on reflection and oblique lighting further call attention to the the difficulty of apprehending that is to say communication between generations and a challenge of knowing, more generally.  Who is the audience?

Upon entering the space of the exhibition proper, it was clear from the start that things would be les clear, that is to say the perception and presentation of details, such as the reflected lighting from the floor in the main video installation (part movie theater, part theatrical stage) pointed to a more complicated relationship between parts of the exhibition and as a whole. How constituent parts reinforced one another moved toward content ultimately arriving at content which seemed to be about communication, performance, and possibly human psychology. Which is to say essential expressions of being emerged and how much reality is predicated on acting, that is to say the combination of speech and action, particularly within such artifices (video space, gallery space, as social...). Systems are proposed which organize behavioral types, as one example in the mirrored tondo on the wall. The latter prop also a graphic match between the parenthesis rug on the floor of the gallery space and the one of the projected lecture stage.

At some point in the second gallery, I began to wonder with the flat-screen video, if I even needed to be watching or was it more about listening?  Who is listening? Whatever the answer to this question and others, what was clear is how the artist was asking the viewer to think about the relationship between presentation and representation as both virtual and real both somehow sutured between material object and codified, delivered languages.  By this synthesis, I myself being there to observe was partially absorbed into the work, literally with the mirrored works (both coordinating body and space to behavioral notions.  Phrenology came to mind also with the head-like mirrored object upon a pedestal) and figuratively through the processing of speech/action messaging.

Or better yet, like an adult watching a child imitating the sophisticated (and highly choreographed) rhetoric of more typical adult platforms (motivational speaker a la Tom Cruise’s character in Magnolia with much less enthusiasm, for example or more obviously, and more recently TED talks of all kinds.  It was a rhetoric both familiar to the present and history. Staged. Repeated. Reflected. Ad infinitum...
Posted by Justin Lowman