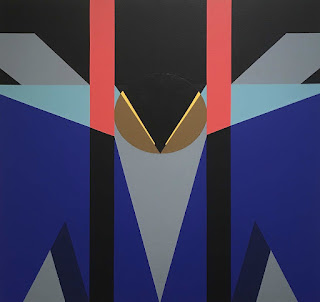 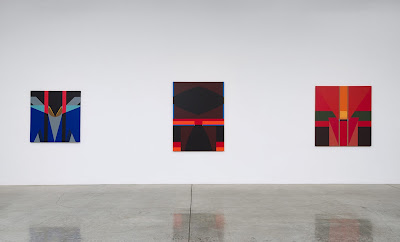 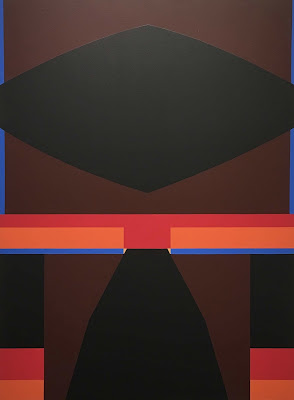 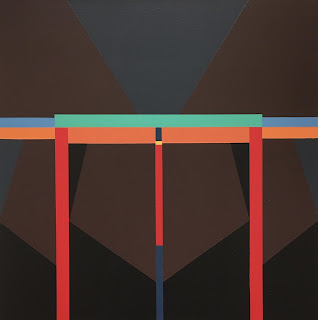 
Color at the fore. Insistent, persistent as it organized around structure, frame, regularity and predictability. A process of refinement and restraint, an apparently logical progression as elements and terms are taken one at a time formulaically. 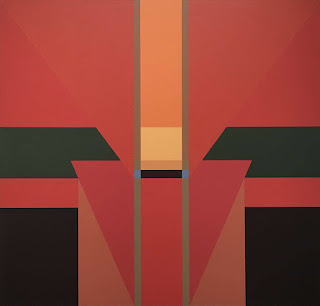 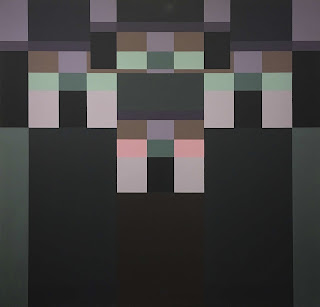 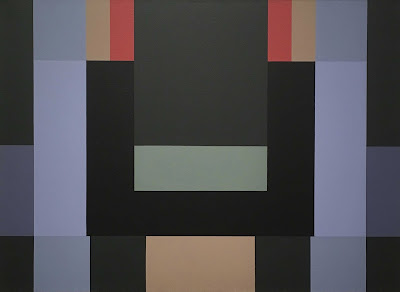 All color no light or all light. No shadow only it’s depiction as darkness. 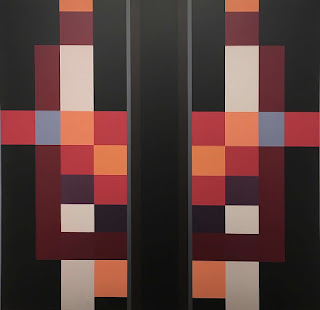 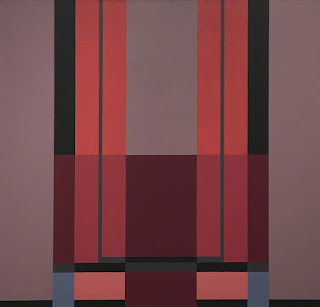 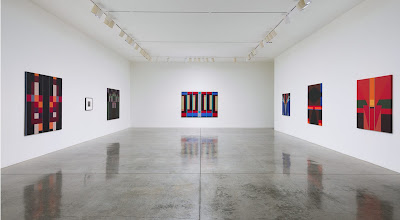 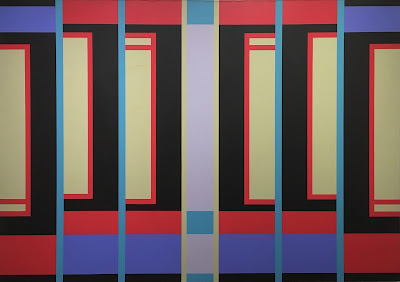 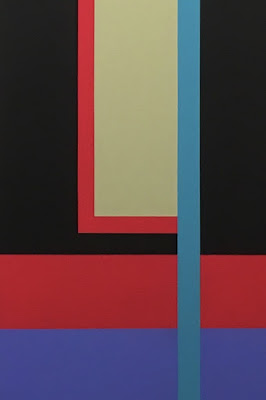 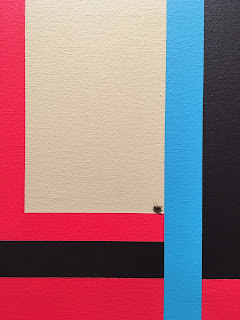 With my first survey upon entering the first gallery, I was drawn to this one above.  What I thought was an odd deviation from an otherwise well-orgnanzed painting was, upon closer inspection, a fly sitting in the surface; it wasn't a blemish or some other as it first looked.  Whatever the case, it was curious in its position at the intersection of the red, white, and blue. Something struck me humorously  about this, something about the odd situation at a corner or I don't know what. 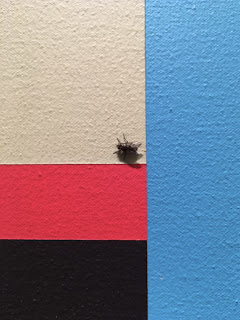 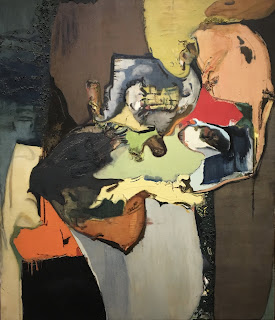 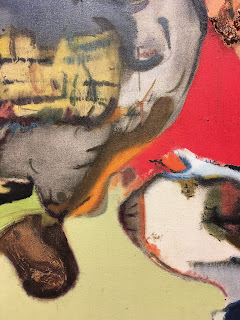 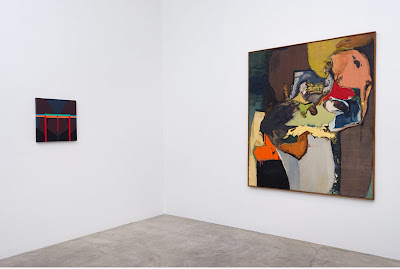 As a relevant aside, I was smitten by the work of Mark Rothko as an undergrad many years ago.  It was something about the moments of light within these sfmuato/all-over painted surfaces, surfaces that yielded to a faint, literal structure beneath.  Several years later, upon seeing a retrospective in New York in 1998, I was caught a bit off guard in all the best ways by Rothko's earliest works, biomorphic abstractions which were so much in the style of the time (the 30s into the 40s) as inspired by the likes of Joan Miro, Arshille Gorky, et al.  Old news by now, this was the period of key transitions namely expatriate European artists moving to New York simultaneously giving rise to AbEx painting.  So it was seen with Rothko, also can it be seen in the evolution of Agnes Martin, John McLaughlin, Frederick Hammersley (a staple of the LA Louver program) and now also Fanny Sanin.

So, it is something about the way organic expression and spatial searching gives way to ordered, structural canvases.  Whereas Rothko exemplified the substructure without giving way to flatness completely, Martin to the meditation of ritual mark-making, McLaughlin to architectural framing/verticality, Hammersley to color and sequencing, Sanin takes up most clearly the issue of symmetry thereby not only reflecting a faint facial configuration but also the bifurcations of insect perception and bio-skeletal fragmentation structurally speaking which may, possibly, be influenced by my encounter with a fly upon initial viewing of these works. That idea impossible to prove/disprove, there is something in the organization of these paints that seems to continually revert to seeing or what obstruction can not be seen. This idea seems most prominent with the most recent painting, the one that I share first at the very beginning of this post.  Many of the recent works, utilizing angles, allude to something insect-like and also a slight return to the earliest organic works, the tangents affording approximations of a curve.  Whatever the associations, something front rather than aerial seems in play which contrasts with someone like Peter Halley who also enjoys the odd juxtaposition of line and shape relations to obliquely suggest connections and systems, yet another kind of structure.

Aside from the formal composition, framework, and point of view, it's worth noting a color palette in these works that persists from the earliest one from 1967. In fact, if you were to look at the last two paintings side by side, they are almost proportionally similar in terms of distributing each hue.  Obviously, this is too clean an observation, but it does speak to how the initial splatter has been arranged into such compartments over a fifty year span. This evolution within a single painting practice is worth considering on its own and in conjunction with fellow painters and history that attempts to find that harmony between emotion and logic, soft and hard-edge, geometric and organic, and so on. Just as the persistence of idealized symmetry, so the struggle in the bifurcations of differences between such things.
Posted by Justin Lowman