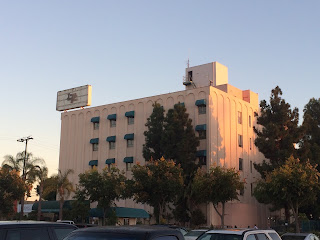 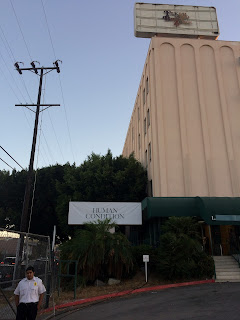 These two photos are upon the approach to what I thought held a very promising situation for an exhibition, a grouping of works in a defunct medical facility under the title, Human Condition.  The premise for this exhibition, yet another art exhibition that hails site-specificity without much credence given to the history OR any actual specifics of any site.  That said, there were a few artists who utilized the building in interesting ways. One was the kitchen, the other the morgue. Draw your own conclusions about consumption, digestion, and transformation/elimination, the latter perhaps a thin veil for much of what comprised this show. Rather than taking advantage of the space on sculptural scales, most of the work in this exhibition was contained within specific rooms like separate viewing spaces (cf. art fair, swap-meet et al) like so much easily dismissible work, again with such premises of site and specificity in mind. 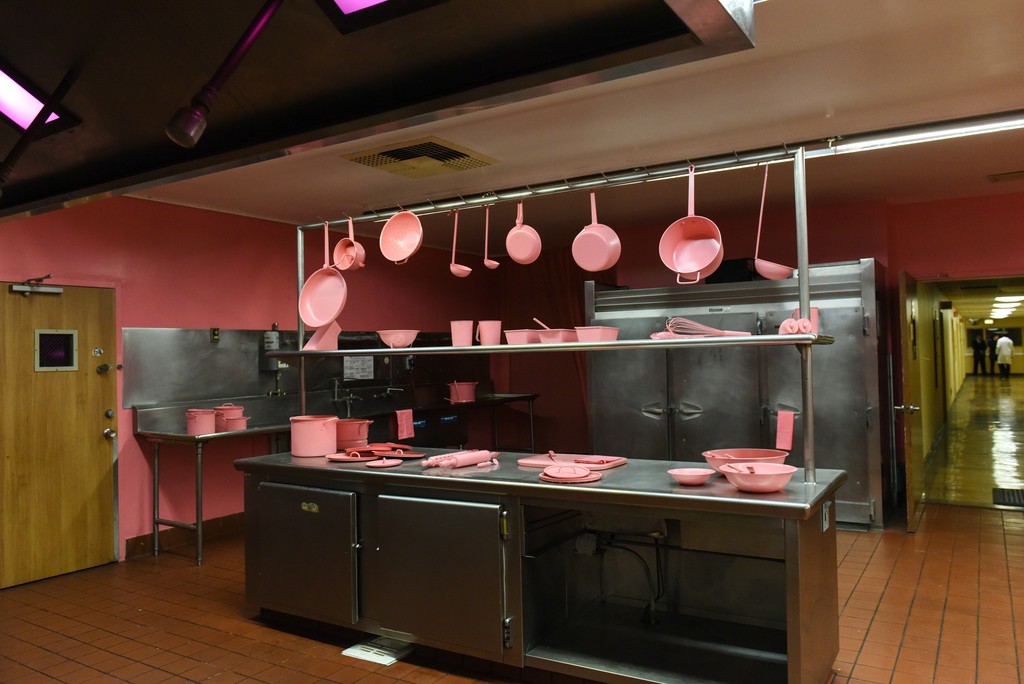 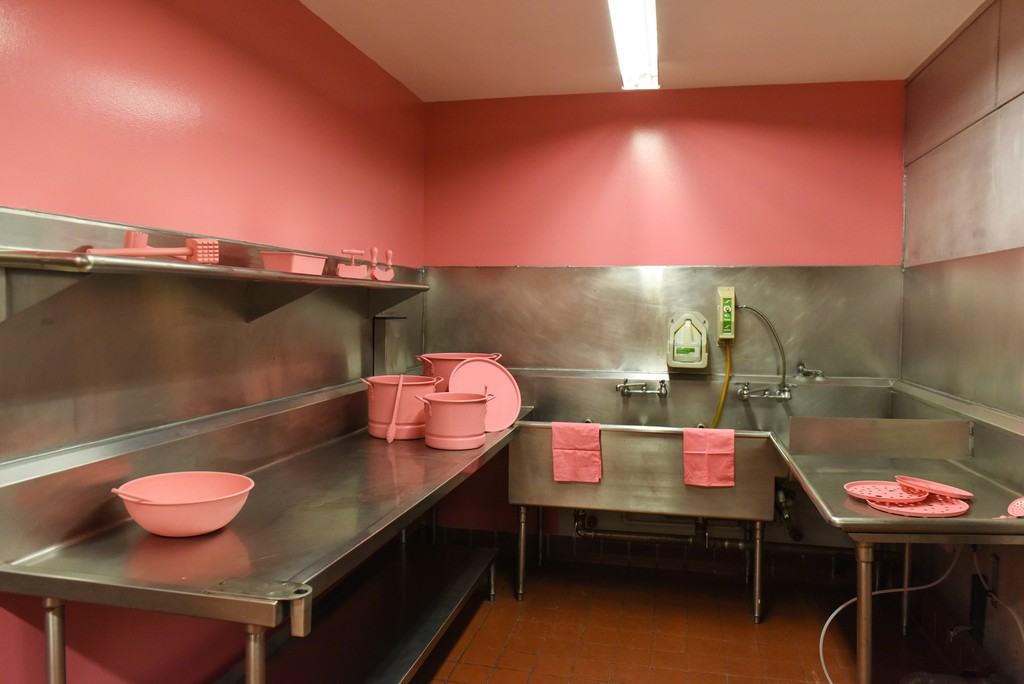 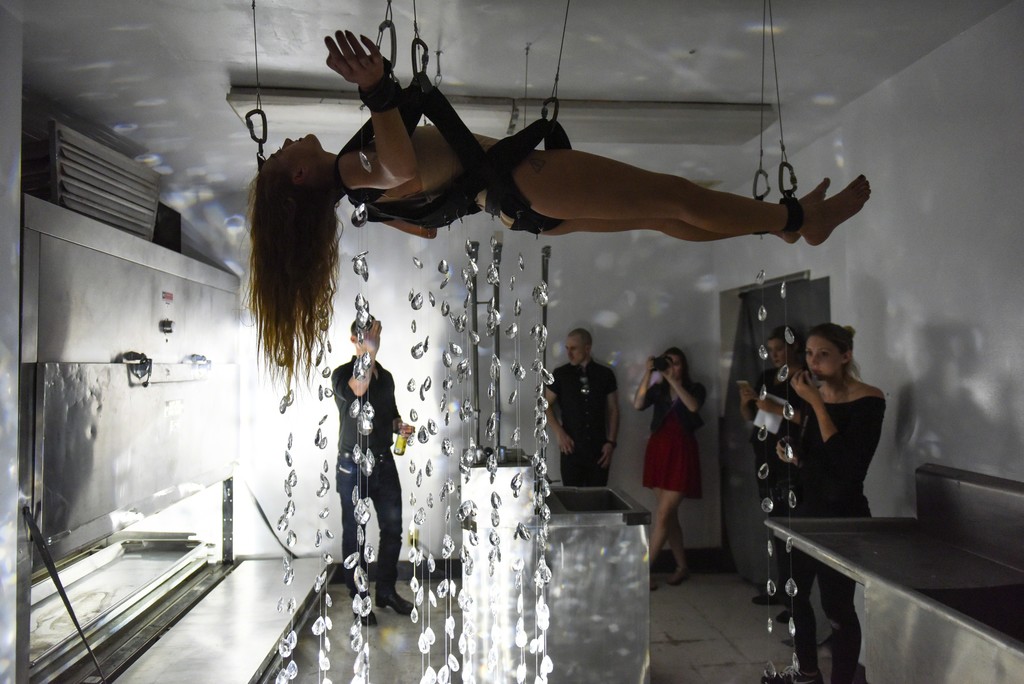 Millie Brown performance in the morgue
(what isn't gleaned from this image was the amazing sounds coming from a performer roiling a bronze bowl as if fine crystal. The auditory results were profound, the ham-fisted resurrection not so much)

Using a medical center to form dialogue about human conditions seems more than worthwhile at this moment in time.  As a defunct public place of restoration and well being, it seems ripe for exploitation/experimentation regarding current health of a body politic. Unfortunately, not much transpired here to intensify a dialogue about bodies and place.  It seemed more like an excuse to throw a party and forget.  I mostly have, but I wanted to say something, because there was such a disconnect for me between what I had hoped for and and what I had seen, and I just had to say something.  And managing such expectations and handling disappointment, seems, now, more poignant than ever a human condition, especially as it pertains to the dispossessed (an unintended irony I presume of this whole affair).

PS: If you are dying to see documentation see here.

Email ThisBlogThis!Share to TwitterShare to FacebookShare to Pinterest
Labels: Site