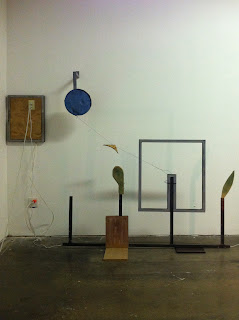 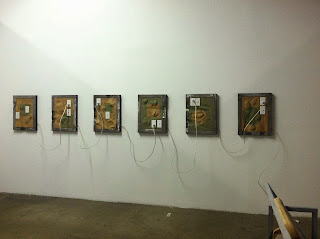 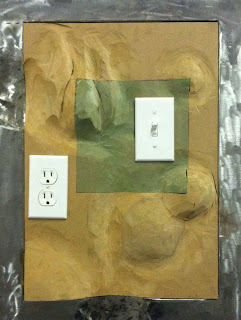 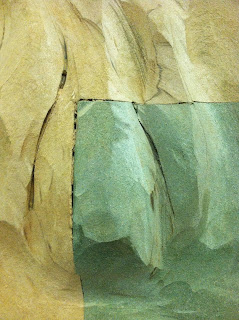 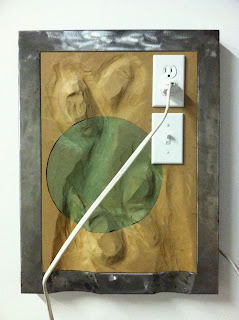 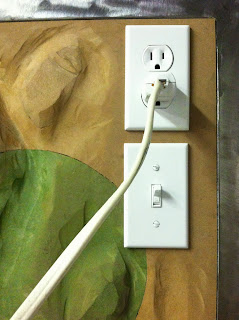 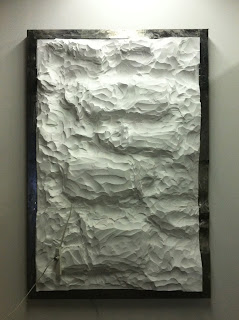 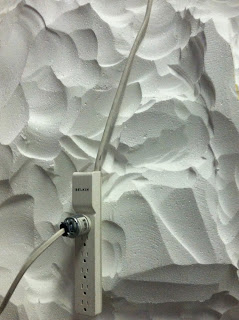 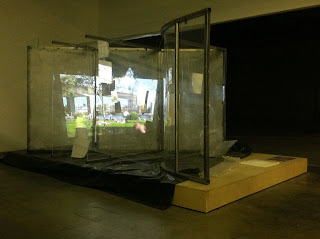 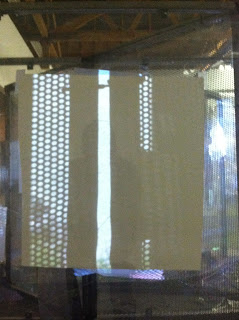 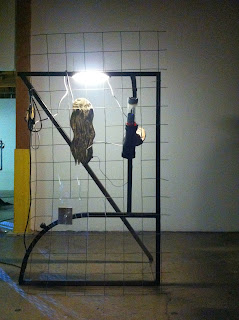 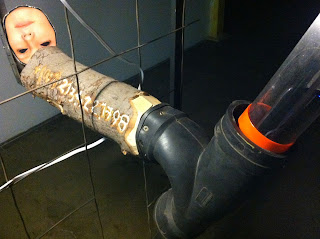 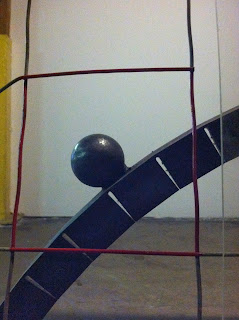 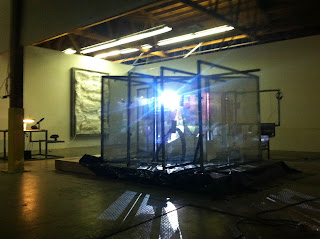 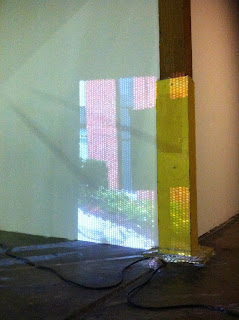 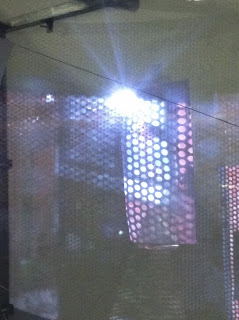 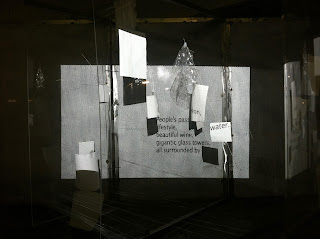 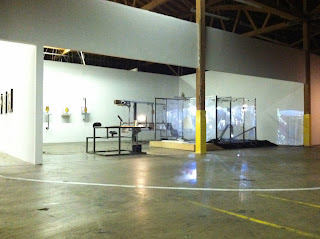 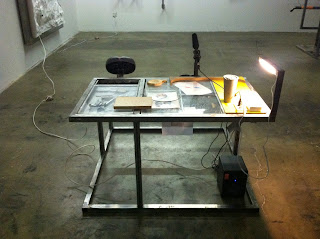 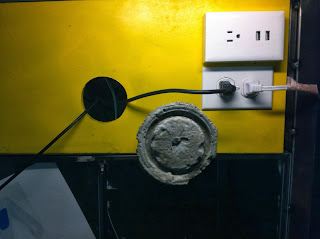 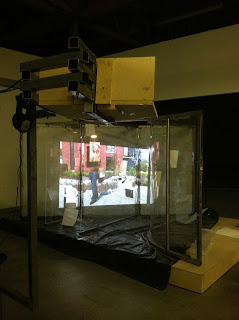 The act of looking and listening. Hodge lodge (an autofill typo that I somehow like better than "podge.") Connections (tenuous, "real," bogus...). Landscape. Overwrought maquettes at the details. To sit and think or not (cf. Rodin, perhaps only obliquely). "The Dan Graham Problem..." Transparency and deflection. Seriality. Difficult to differentiate between what is intentional and what is given (circumscribed?) by the space.  Non-functional design. Dissonance. Sometimes competing and confusing forces can be productive; in this instance, it's not clear what is being put forward other than attention to attention deficit. Look to Dave Hullfish Bailey or Fischli & Weiss for a more coherent exposition of such concerns, the flow of energy and information.  Portals, dimensions, and sensory overload (the new anxiety rooted in the current system of exchange---the internet).