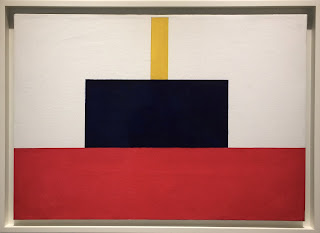 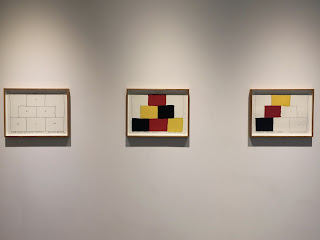 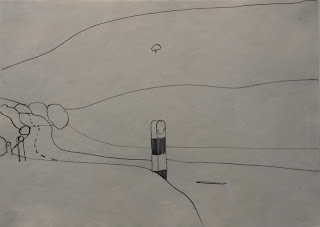 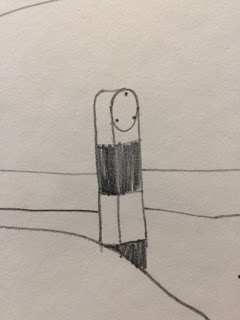 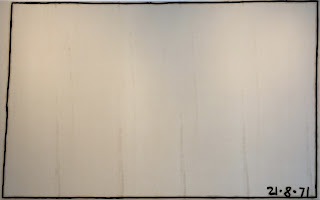 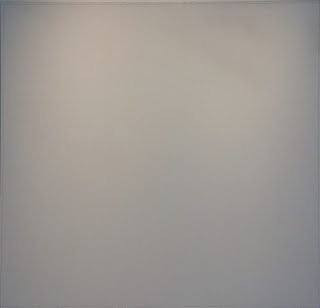 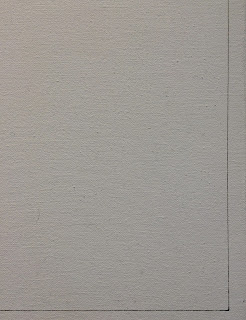 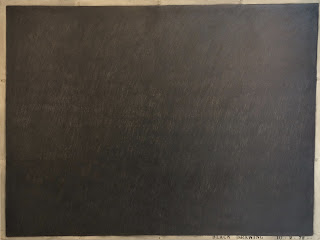 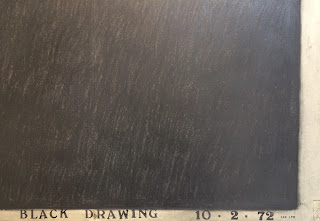 Having just come from the recent Agnes Martin exhibition at LACMA, standards for drawing and painting were set quite high in terms of method, rigor, and investigation, especially where abstract impulses may be concerned.  Unfamiliar with the work of Bob Law (and having a really hard time separating the artist's name from Henry Winkler's character Bob Loblaw from Arrested Development), seeing this show came as some kind of comic relief as the cartoonish Comic Relief seems to depict a herm-like, character (which could be mistaken for a flash hard-drive by todays standards).  Obviously not so in either of these contemporary associations of mine, it is interesting to see these works juxtaposed against Martin's (at least as recent personal memory) and consider how similar impulses in similar eras may produce similar results even superficially as it pertains to painting as framing device for thought, and exploration of the limits of material and shape within such a form. The tension between geometric and free-from is common ground that points, in my mind, to the irreconcilable sublime between upright figure and expanding field, as also deceptively simply body and mind.