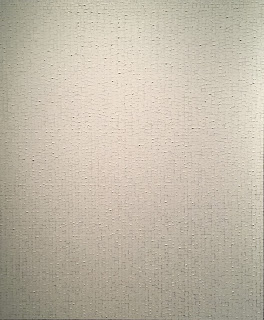 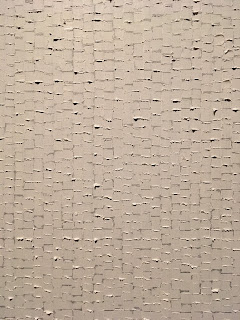 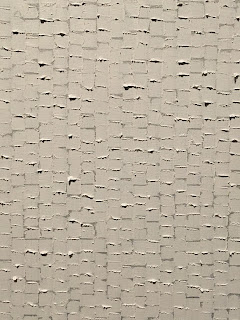 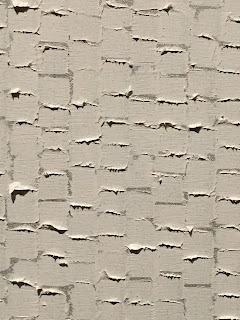 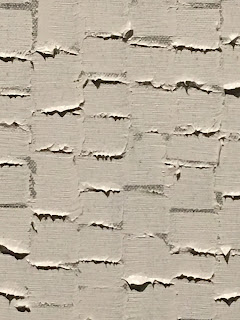 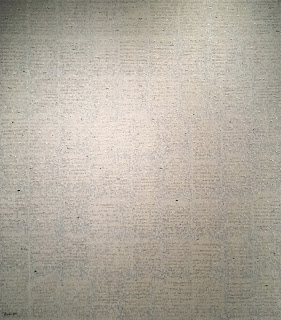 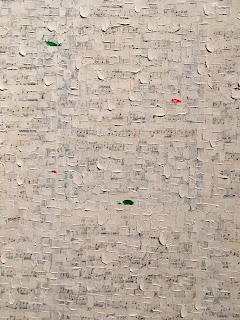 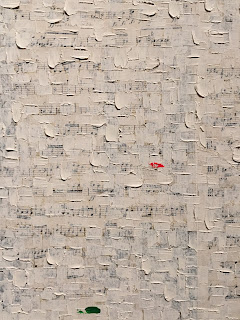 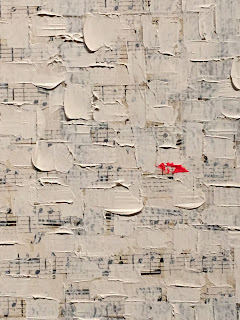 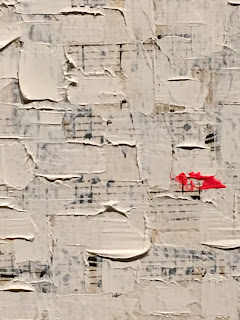 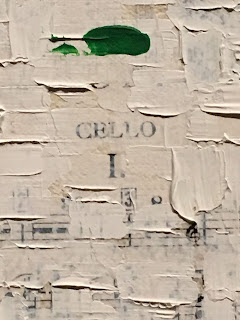 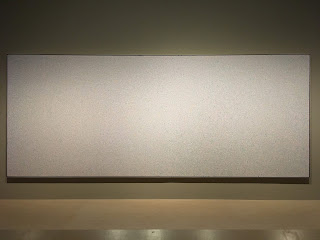 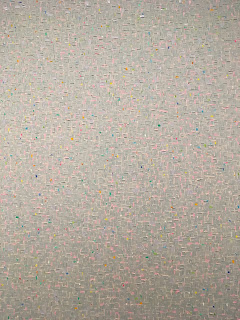 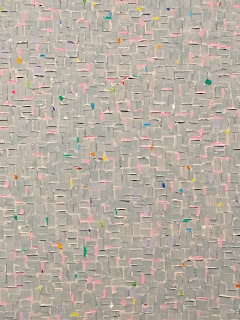 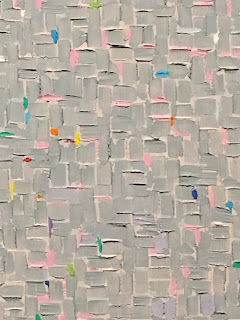 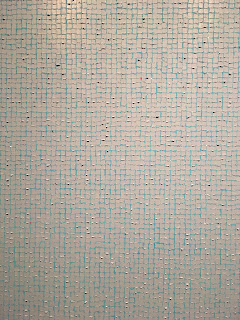 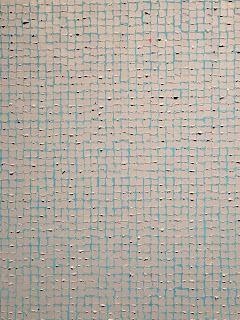 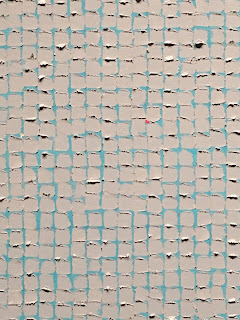 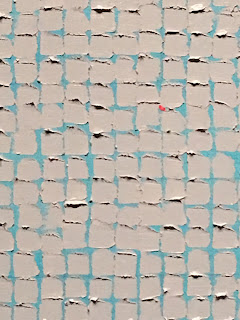 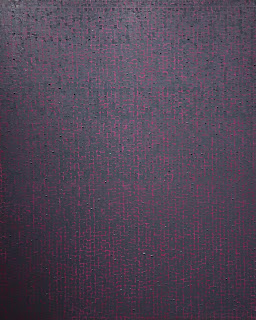 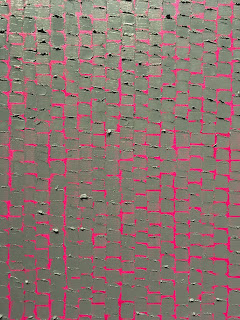 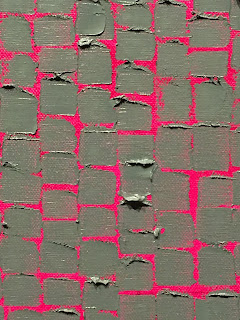 Somewhere around twenty years ago, 1998 or so, I saw Kusama's work for the first time.  The works I liked best were the large paintings, the one with skeins  of white marks on light surfaces.  Below is an example of a smaller one: 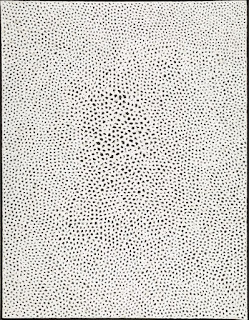 Upon seeing the paintings of Young Il-An, I thought of these Kusamas and how similar the process of mark-making, about the movement on the surface of things (light, sound, paint, optical titillation, subconscious thoughts...), shimmering, fleeting, repeating.  Fragments over a unified field like unknown words on a page, notes...