“There are two kinds of light - the glow that illuminates, and the glare that obscures.”---James Thurber


When confronting Nauman's 1980 sculpture here, one can't help but think of a Turrell "skyspace;" a more recent Eliasson, "Room For one colour," 1997;  or Nauman's own "Yellow Room (Triangular)," 1973, as seen most recently at the Orange County Museum of Art's PST exhibition, "State of Mind."  One can't help but also think of his "South America Triangle," 1981 as seen most recently at MOCA's own PST show "Under the Big Black Sun."  Whatever the associations, Nauman reminds us of the inherent violence and unpleasant qualities of yellow light, particularly that which derives from such institutional fixtures as the ones he utilizes here within the context of yet another three-sided figure.  I'll let you draw your own connections on the latter.  I have my suspicions... Anecdotally perhaps, while I was standing inside the sculpture (one that you must crouch down to enter (hard not to think of Frank Lloyd Wright or Schindler gestures as well!)), a fellow viewer---clutching her newly pressed copy of the exhibition catalog, "Everything Loose Will Land"---declared that under the yellow light, her book disappeared. While I didn't verify this phenomenon, it did seem amusing though ultimately ancillary to the sculpture.  It did seem to suggest a desire for something phenomenological and present rather than something so grounded a modest (read: rough around the edges) as this very sculpture.  What was more to point, in my observation, was that it was nearly impossible at night to view the night sky above (as Turrell would invite) beyond the glaring yellow lights.  I couldn't help but laugh with some kind of delight.  Having spent a reasonable fifteen generous minutes in such a perceptually, hostile environment, I wandered away.  Something about it's external darkness and internal brilliance left me satisfied and complete in a viewing.  I suppose it has something to do with my preference for glow over glare. Somehow Nauman balances both with this one.  Perhaps its advantage is its darkness, both ambient and surface? That being said, I wonder what will result from a subsequent daytime viewing? Stay tuned... 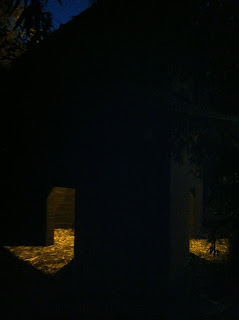 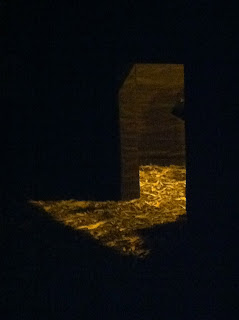 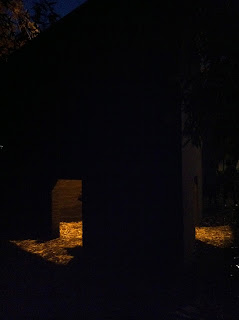 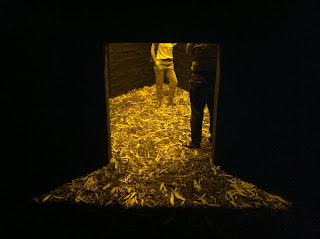 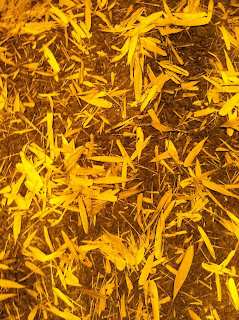 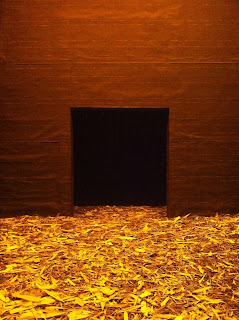 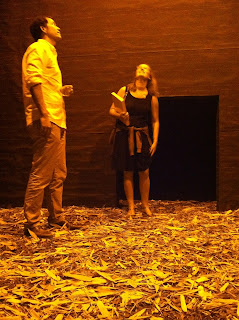 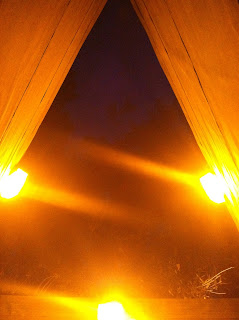 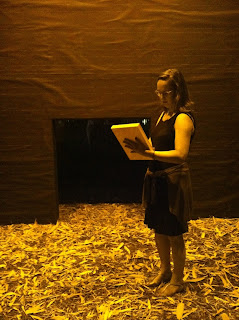 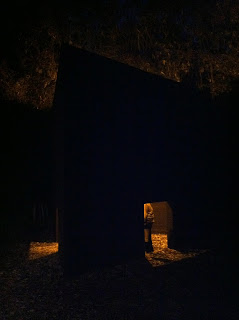 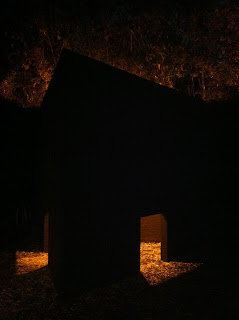 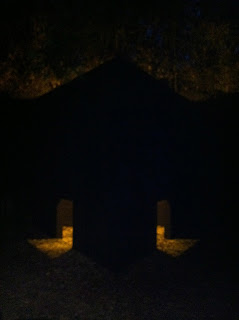