An evening that explored building—interior, exterior, and psychological—with a performance by Corey Fogel followed by screenings of 16mm color prints of Kate Brown's Atlanta Central Library (2017, 10 min) and Michael Snow's Back and Forth (1969, 52 min).

The event was organized by Rakish Light (Deirdre O"Dwyer and Brian O'Connell) at Valentine's project space. 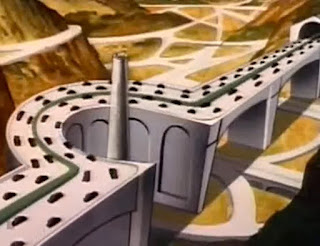 This was a fun evening of sound and light- moving pictures- with one of my all-time favorite Looney Tunes episodes playing beforehand as witty prelude, starring Bugs Bunny (somewhat of a childhood hero/mentor).  Titled "No Parking Hare," it not only sparked my intrigue as child, it also pops into my mind from time to time, now with a completely different perspectives including the fact that I live very near what I imagine to be its real-world model.  A tale of civic folly and stubbornness, it's a farce that illustrates as one possibility how concrete solutions may actually reinforce the very thing one attempts to remove. 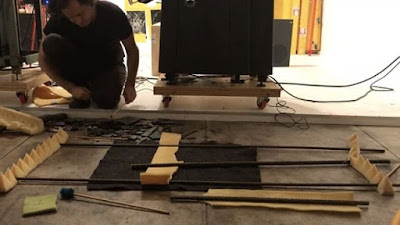 Subsequently, Corey Fogel's audio tooling and noodling of a pair of printing presses, Kate Brown's filmic meditations on concrete architecture, and Michael Snow's incessant, dynamic camera movements in one dimension all point to a continuum about dynamics and stasis, movements between two axes that never quite resolve (a good thing I presume). How each work builds something abstract (rather than concrete) seemed to be the main point of these three or four forays into embracing the fleeting, the ephemeral, even media and its record. 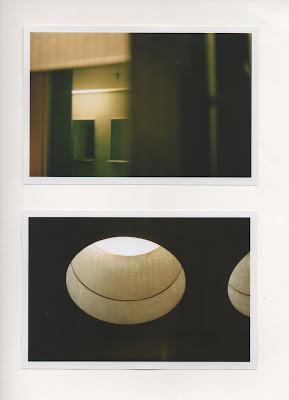 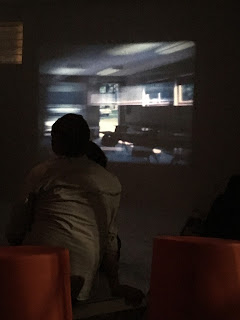