Never mind that this show was the gallery's pre-declared final show; it was not a group grand finale nor a final send-off even if it hinted at such conundrums, beginnings and ends. I guess the latter seems somehow fitting... (at least how I mean it).  One part installation, one part range of objects (artworks posturing as archaeological remains),  show title and work titles certainly reinforced the path my thinking seemed to be on. I suppose this would be considered a sign of success for the show.  Whatever the case, and perhaps because I had just finished reading Borge's "Ficciones" (again), it was an interesting start to a day where "Borgesian" thinking would repeat itself literally and poetically as I viewed a handful of shows around town. See my other posts from this date.

Back to this one…(Note that the following comments are my original thoughts in the viewing and purposefully not cleaned up for language flow nor convention).  And I liked that the show was divided into parts where there was no confusion between what was to be thought of as one complete work, The Course Of Empire installation in the East gallery and various wall objects in the other, the West Gallery. 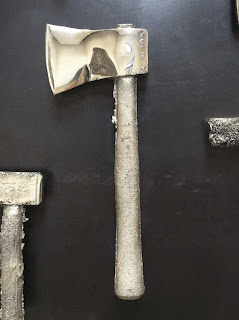 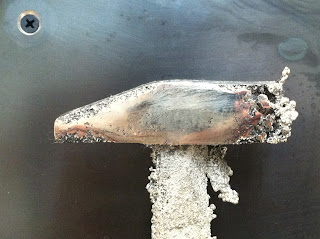 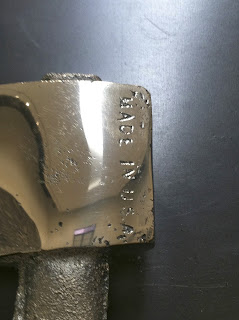 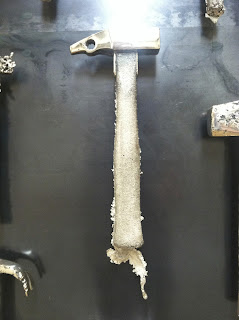 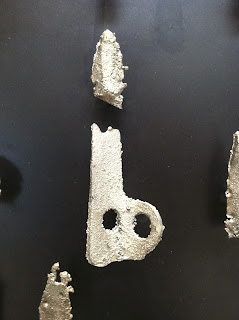 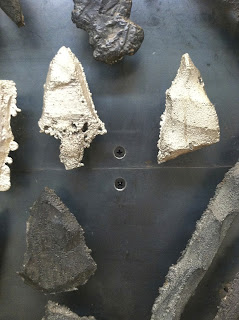 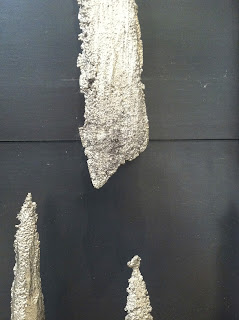 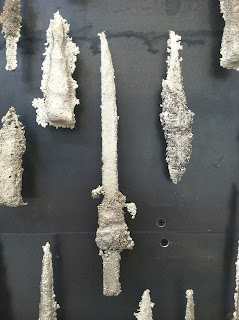 Note: This photo appears courtesy of the gallery and Josh White Pictures 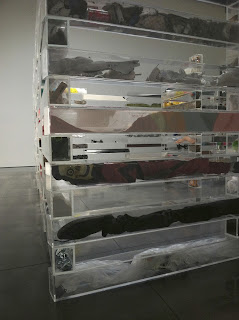 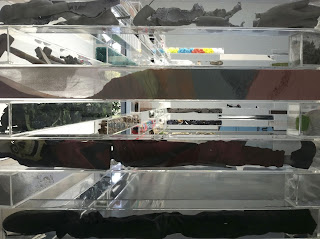 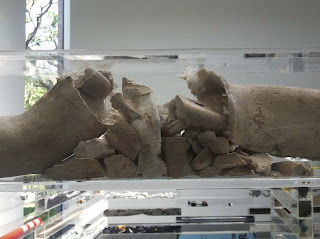 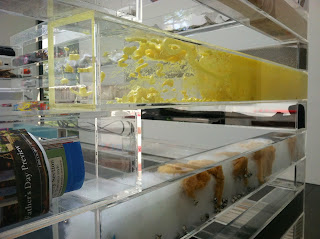 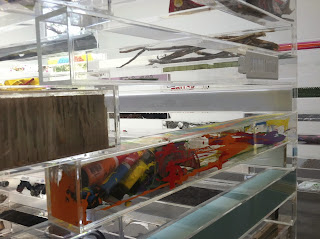 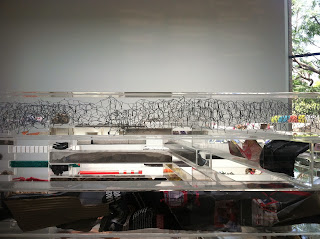 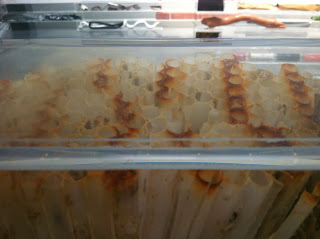 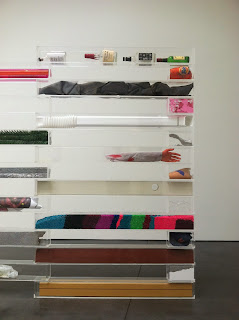 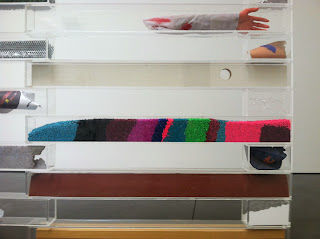 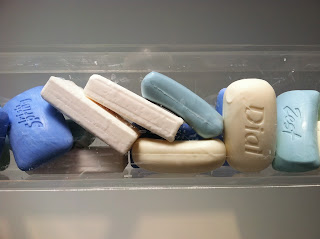 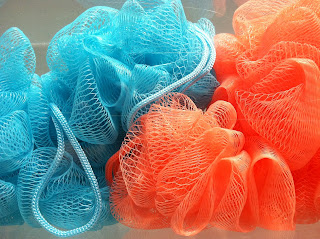 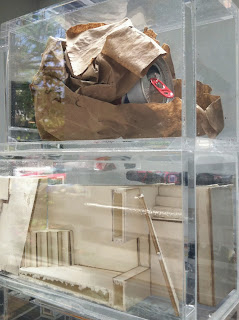 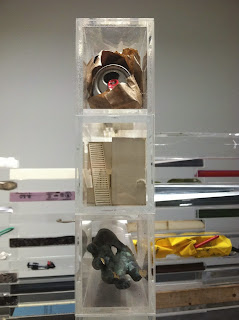 East Gallery: An inventory of materials both raw (natural and made) plus products and models, all contained as museological artifact organized as a maze/labyrinth approximately fence high ( just over head). Mostly within the realm of the domestic dwelling (before, during or after life occupation). Cf. Rachel Lachowicz (raw cosmetics in plex containers. see here). Strata of being, plastic catacombs. Suggested hierarchies are both top to bottom or center to edge? Playful and humorous. Paul Thek encapsulation of organic body and synthetic container. Transparency and levity contrasts with solidity (stasis) and opacity of West Gallery. The end (the climb of the working human, the one who works with hands)… Artist or Day-Laborer?  A Mausoleum of Effects…